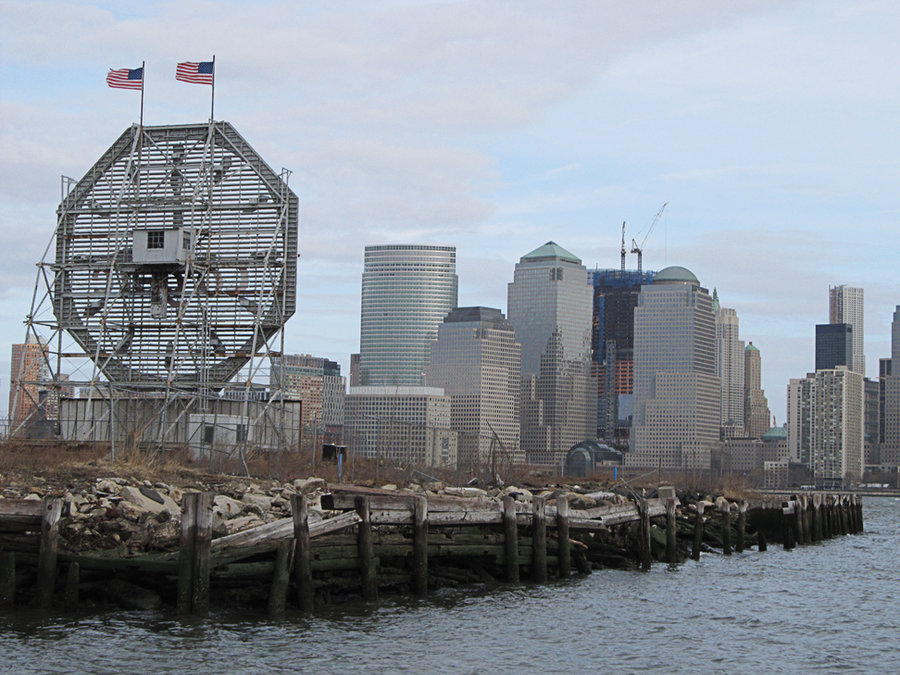 Even though the action could trigger a lawsuit, the City Council adopted an ordinance at its Dec. 14 meeting establishing a new Special Improvement District for Exchange Place.
The Exchange Place SID will be funded differently from other SIDs in the city, in which businesses pay into a fund via a special tax. Traditional SID taxes are based on the square footage of a business. Exchange Place is home to numerous skyscrapers housing large banking and real estate companies and the new SID will base its tax on the property values of those buildings.
According to the ordinance, the SID will clean and maintain the area and make capital improvements to create an inviting place to live and play.
Representatives of owners of the former Palmolive Colgate properties at the southern end of the proposed SID have raised objections to the ordinance. They asked to either be excluded from the SID or to become members of its advisory board.
Colgate Properties, which is comprised of eight property owners, already maintains some of the waterfront walkway at about $500,000 annually, and questioned their estimated $600,000 annual contribution into the SID.
Edward J. Trawinski, the attorney representing owners of the Colgate property near the waterfront at Essex Street, said his clients are not opposed to the SID, but either want to have more say with membership on the board or want to be left out.
The collective owners, he said, have maintained the area at their own expense for more than 16 years from a reserve fund for repairs of walkway and streets. He said after Superstorm Sandy struck in 2012, most of the repairs were done by Colgate group at its own expense.
“We would like you to ether amend the ordinance to exclude Colgate property or to table it so that more discussions could take place in regards to membership in the advisory board,” he said, noting that the Mack-Cali Realty Corporation seems to be the major landowner on the board.
Don Smartt, who serves as a consultant for another SID in Jersey City, said part of the Colgate property owners’ concern involves what the SID tax would cover, since Colgate is already doing some of what the SID proposes.
“The owners would like to be part of the process,” he said. By this, Smartt meant, Colgate would like a voice in how the SID tax money is spent.
The Exchange Place SID advisory board was created by an executive order by Mayor Steven Fulop earlier this year and is the first step in the process per city statute in establishing a new Special Improvement District. The seven-member committee will review the proposal and make recommendations to the council.
Michael DeMarco, president and chief operating officer, for Mack Cali, said he’s met with representatives of Colgate, Goldman Sachs, and four or five other business owners in the area, noting that the money raised will be used not only to maintain such things as street cleaning, snow removal and such, but also infrastructure, such as maintaining the walkway sea wall along the Hudson River.
“Rather than take the valuable resources of the city which can be used in other parts of the city, this will be able to maintain the plaza, do landscaping and improve that part of Montgomery Street,” he said. “This will give people a sense of pride in their city.”

The district will also include Peninsula Park and Veterans Park to provide the district with an inviting outdoor space. Essential work needs to be done to rebuild and fortify the Peninsula Park’s river banks that have been eroding for years, especially after Hurricane Sandy.

A number of local residents who came to the meeting to support the SID noted there is often confusion over who actually is responsible for maintaining parts of the walkway and streets. While the Port Authority of New York and New Jersey overseas the PATH terminal there, there is some confusion as to whether the Port Authority or city is responsible for maintaining public areas.
Property owners such as Hartz Mountain maintain sections of walkway and streets associated with the business structures, but the public areas sometimes are neglected. The SID would become responsible for those areas.
Andy Siegel, vice president of the Paulus Hook Neighborhood Association, said the SID would also maintain Peninsula Park, a waterfront park at the end of Washington Street.
Robyn Schneider, a downtown resident since 2004, said she was always amazed how the waterfront walkway near Exchange Place is under-used.
“The SID will help bring activity to the area,” she said.
Michael Lynch, a resident of Jersey City Heights, said he works at Exchange Place.
“I don’t see a lot happening there,” he said.
Eduardo Neeter said the area does suffer the impact of increased us as a transportation hub, and needs someone to oversee clean up of trash and other issues.
Britani Bunney, a media consultant for Mac Cali, said there is not a lot to do on Friday and Saturday nights in the area. She said this SID has the potential to do for Exchange Place what a SID in downtown did there.
“I’m sure you can work things out with Colgate,” she said.
Her opinions were echoed by a half dozen other residents of the areas.
San Pesin, president of the Friends of Liberty State Park, said this would benefit open space and noted that Peninsula Park is technically the northern most park of Liberty State Park.
“This will get more money for that park,” he said. “Right now the park is mostly used by dog walkers.”
Al Sullivan may be reached at asullivan@hudsonreporter.com.