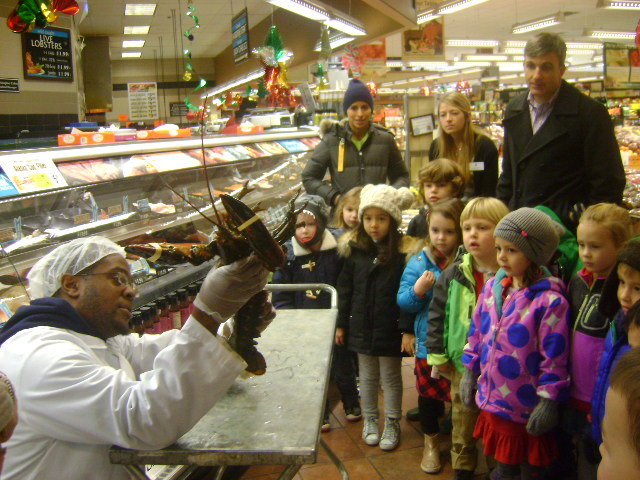 The Hoboken Annual Christmas Tree Lighting will take place Wednesday Dec. 14, at 5 p.m. The Hoboken tradition, which was supposed to take place Tuesday Dec. 6, was postponed due to rain.

It will feature MC Elvis the Elf aka PolkaDot and local chorus’s performing Christmas songs. The tree lighting will take place at City Hall at 94 Washington St. with a special appearance by Santa Claus. For more information call (201) 420-2207.

According to a statement released by NJ Transit, no one was injured during a train derailment last Sunday Dec. 4. At about 12:30, the fourth and fifth cars of a six-car train from Waldwick derailed as the train entered Hoboken Terminal.

“There were no passengers in the cars that derailed, and no injuries to any of the approximately 60 customers and crew on board,” said the statement. the derailment is under investigation but the preliminary findings “have determined that the crew members were not a factor.”

The derailment happened only three months since the fatal train crash Sept 29 which killed a Hoboken mother and injured over 100 people.

According to a media release from the Hoboken Police Department, a woman fell from an eighth floor balcony off Marine View Plaza and sustained critical injuries.

On Sunday Dec. 4, the Police Department received a call of a female who was reported to have fallen from a balcony of Marine View Plaza at 2:20 p.m.

Officers arrived to find an unconscious female on the ground and immediately requested medical personnel to treat the victim’s “substantial” injuries.

The 21-year-old was transported to a local trauma center and was still listed in critical condition on Friday.

According to the release, the “preliminary investigation has ruled out foul play and mechanical/structural issues as a contributing factor.”

The Hoboken Police Department’s PSOA and PBA Unions, in partnership with the Hoboken Fire Department, will be accepting unwrapped gift donations at police headquarters at 106 Hudson St.

Toy collection began Wednesday Dec 7 and will end Thursday Dec. 15. On the last day of the toy drive the police department will have a tent with music and hot chocolate.

Once the drive is complete the toys will be distributes to those in need.

Those interested in donating can do so by dropping off a new unwrapped gift at police headquarters.

Chiropractic offices throughout the state are collecting not only coats, but also hats, scarves, gloves and mittens to help those less fortunate as colder weather approaches.

Hoboken Chiropractic + Wellness is collecting for Hoboken Homeless Shelter and The Jubilee Center.

The project will not include replacement of sidewalks or street furniture.

Starting on Tuesday, Dec. 13, through Thursday, Dec. 15, SUEZ Water will be inspecting water valves along Washington Street and isolating sections of the main to verify that the shutdown will hold during the replacement of the main. There will be a brief interruption in water service for each of the 537 water services along Washington Street for the replacement of the water mains and service lines to the curb. The project engineer and contractor will coordinate with property owners to minimize disruption to businesses and residents.

On Tuesday, Dec 6, The City of Hoboken, entered into a contract to acquire the 6-acre BASF property in northwest Hoboken.
The property will be used to create Hoboken’s largest park – a 5-acre “resiliency park” with a 1 million gallon underground stormwater detention system.

The project will help alleviate flooding and sewer backups by separating the combined sewer system in the area of the park and divert stormwater runoff to the detention system.

The project will also include western Hoboken’s first municipal parking garage on the northernmost lot.

The contracts extend through 2017 and provide for annual raises of 2 percent. In addition, the City negotiated the elimination of longevity payments for new employees in the agreements with the PBA and both municipal employees unions and the elimination of terminal leave for new employees in the agreements with HMEA and HMSA. “These important concessions by the unions will help keep the City on a fiscally responsible track for the long term.” said the city’s media release.

“I thank all the union members who worked together with us to come to an agreement that is fair for everyone,” said Mayor Dawn Zimmer.

Officers responded to a call from the Hoboken Shelter on the report of a stabbing and shooting threat.

According to the media release, “while waiting in line to enter the shelter to eat the defendant [allegedly] looked at the victims and threatened to shoot them” although no weapons were shown.

The police arrested Kelly and searched him, allegedly finding prescription drugs that did not belong to him and a silver box cutter.

Award-winning singer Cristina Fontanelli, who grew up in Hoboken, will perform her program of Italy’s best-loved songs, arias, Neapolitan and Christmas classics during her 13th annual “Christmas In Italy” show at the Washington Irving Campus Landmark Theater, 40 Irving Place (between 16th and 17th streets), Gramercy Park, New York, on Sunday, Dec. 18 at 3 p.m.

Fontanelli calls her show “a love letter to her Italian heritage and a tribute to her grandparents.”

“I began this beloved annual holiday tradition to preserve Italy’s great classic and popular songs and to teach them and, more importantly, the values they represent, to younger generations,” she says.

For this one-day event, she will sing Italian songs such as “Torna a Surriento,” “Mamma” and “O Sole Mio,” plus Christmas songs, and will be accompanied by world-class musicians on piano, mandolins, guitar, and accordion.

The Little Language Studio of Brooklyn (Alberta Gulotta, teacher) will sing the traditional Italian Christmas carol “Tu scendidallestelle” (“You came down from the stars”), the children of the Jersey City Ballet will dance to “Dominick the Donkey” and the choir will perform the great choral pieces written by Giuseppe Verdi plus Christmas selections.

A portion of the proceeds will benefit a children’s charity.

The Ronzoni Company is sponsoring and will give the entire audience a Ronzoni spoon and coupon for a box of free pasta.

Tickets and information can be purchased at 1-800-838-3006/Event 2604895 and online at http://christmasinitaly.bpt.me. More information on Fontanelli can be found at www.cristinafontanelli.com, and on “Christmas in Italy” at www.christmas-in-italy.com .