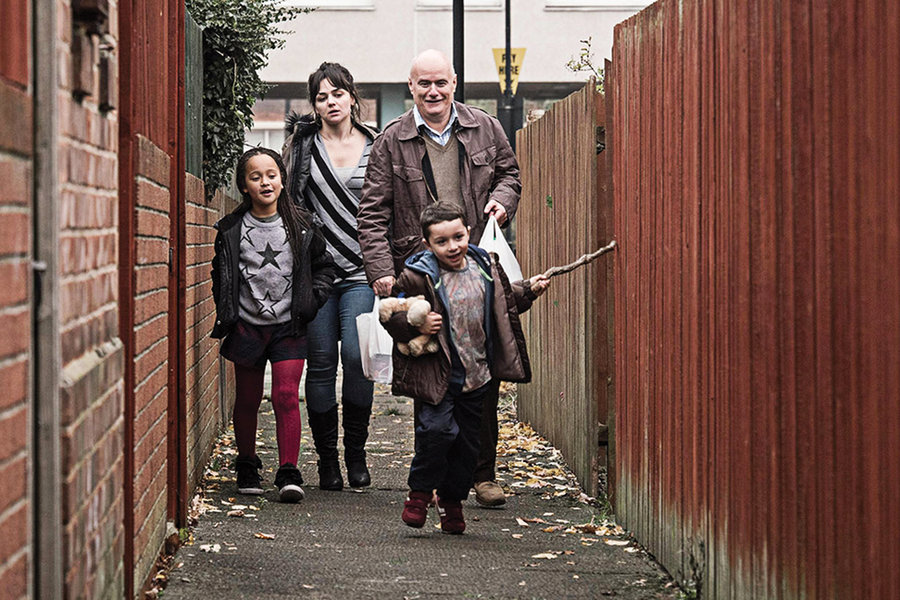 Brooklyn-based not-for-profit Rooftop Films will presents two movies at the Harborside Atrium on Dec. 17, the Disney classic “The Muppets Christmas Carol” and a Sundance Selects film, “I, Daniel Blake.”
The films are part of the Holidays at Harborside Atrium, and both are free.
This is part of a holiday treat that includes face painting and crafts as well as food vendors prior to the showing of The Muppet film. The doors open at 1 p.m. and the Muppets film starts at 2 p.m. at 147 Harborside Financial Center Platform in Jersey City.
To RSVP go to https://www.rooftopfilms.com.
Shown later on the same day at 8 p.m., Rooftop Films and Mack-Cali team up to bring you live music, local food, cocktails, and a free sneak preview screening of the 2016 Cannes Film Festival Palme d’Or winner “I, Daniel Blake.” Doors open at 7:30 and will feature live music and refreshments. The film starts at 8 p.m.

Rooftop Films is a Brooklyn-based non-profit film organization whose mission is to engage and inspire the diverse communities of the New York area by showcasing the work of emerging independent filmmakers. Largely their events take place in Brooklyn, Manhattan, and Queens, but this year they’re bringing them to Harborside Terminal in Jersey City.
“We’re really excited to expand our scope and reach New Jersey communities but these are audiences we haven’t tapped into yet,” said Noah Koch, communications manager for Rooftop Films.
Rooftop Films came into existence in July of 1997 atop a tenement apartment building on 14th Street in Manhattan. Filmmaker Mark Elijah Rosenberg had just graduated from Vassar College and moved back to his native New York and was looking for an innovative way to get people together for screenings of new short films.
It’s never been easy to get people’s attention in New York and drawing crowds of Gothamites to a night of avant garde cinema can be difficult. So instead of trying to rent a small dingy theater, Rosenberg got out his 16mm projector, a cheap sound system and a big white sheet and invited everyone he could find up to the roof above his little apartment. Hundreds came out, many with their films in tow, and the movies were screened deep into the night amidst the water towers and pigeon coops of the East Village skyline.
Unfortunately, his landlord found out about the screening and evicted him soon thereafter. But Rooftop Films had been born, and the following summer, Rosenberg teamed with Joshua Breitbart to bring Rooftop to Northern Brooklyn. The two built a sturdy screen on the roof of an old warehouse space that was being converted to lofts. Rooftop gradually became the organizing force at the center of a community of artists by having musicians and other artists perform before screenings, collaborating with dozens of other organizations to bring the visions of outside curators to the roof; and, most importantly, creating and maintaining an environment where filmmakers could come together, share their work, and see amazing new films that weren’t being screened anywhere else.
Rooftop Films has grown larger and more influential every year. 2015 was biggest year ever, with 47 events bringing more than 200 films to more than 30,000 people over the course of the summer.
Al Sullivan may be reached at asullivan@hudsonreporter.com.