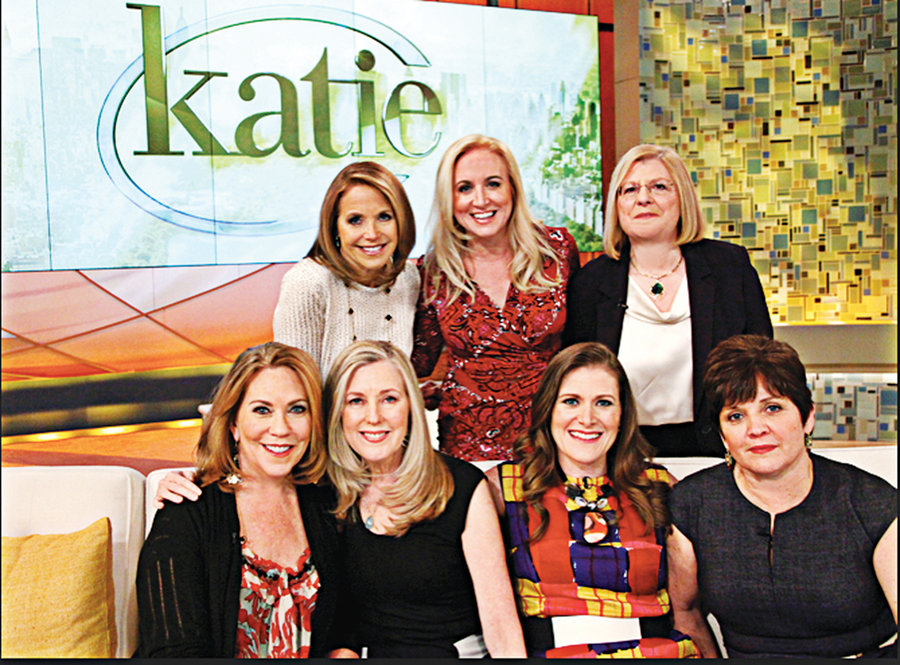 An unexpected widow is changing the way society perceives loss with her new social enterprise, ‘A New Dawn’ and in doing so, is re-defining “Jersey Strong”.
For the first couple of years after the sudden death of her husband eight years ago, Dawn Jiosi felt devastated, lost and alone. However, as time passed and she was able to process the grief, Dawn uncovered a pathway to healing which included spiritual practices, self-help books and joining a renegade group of widows who were determined to move on by giving themselves permission to live life again.
Jiosi, a mother of two young children, was invited by Becky Aikman to join the group of “unexpected” widows for an experiment she called Saturday Night Widows. The six ladies would get together monthly on Saturday nights for a year and explore new experiences together. They traveled, went on outings and learned to cook together. All the women said the experience changed them in profound ways. When the book was released, the group was featured on CBS’s Good Morning America and widow, Katie Couric, interviewed them on her daily talk show.
Through her experiences over the last eight years, Jiosi became convinced that hearing about other’s positive stories of life beyond loss and having support from an intimate group of like-minded people, are both key in the healing process.
“The love and support we shared was very healing, but most importantly, it allowed us to have fun and enjoy life again.”Says Jiosi, who now wants to help others going though loss with “A New Dawn” by providing trusted resources, events and community support.“It’s so important for people to know that they are not alone”.
Jiosi partnered with Kate Rolston an award-winning Executive Producer who produces TV, documentaries and digital content. Having witnessed her own and others losses, Rolston jumped onboard and assumed the roles of GM.
The ladies announced the launch of the business and crowd-funding campaign on October 20 at an event at Fiddler’s Elbow Country Club. Another New Jersey native, Robert ‘Kool’ Bell of Kool & The Gang helped to kick-off the Celebration after the ladies announced their plans: A website offering blogs, resources, videos, and tips for anyone going though loss their crowd-sourcing campaign to fund an inspirational documentary and web series, and a unique app that enables users to find like-minded people in their area, with tools for starting their own groups.
Rolston comments on the community: “After speaking to hundreds of people about A New Dawn, we decided to open the community up to anyone going through loss – whether from death, divorce or loss of your health– because we all need to heal, and these experiences offers you the opportunity to rewrite your life-script.”
Jiosi wants to spread the word of her new organization and to help others know that they’re not alone. People can contribute by submitting their blog for review or donating. Both Jiosi and Rolston are available for interviews.
About A New Dawn: Led by two New Jersey businesswomen, successful entrepreneur, Dawn Jiosi and media maven Kate Rolston, A New Dawn offers resources, comfort, support and community to anyone going through loss. Jiosi, who lives with her two children, was inspired to found A New Dawn by what she learned on her journey after the sudden death of her husband. A New Dawn’s plans include an inspirational documentary, a web-series, a self-help book, comfort camps and live events. The company is open to collaboration, partnerships and corporate sponsorships. You can visit the website at http://www.a-new-dawn.com/.