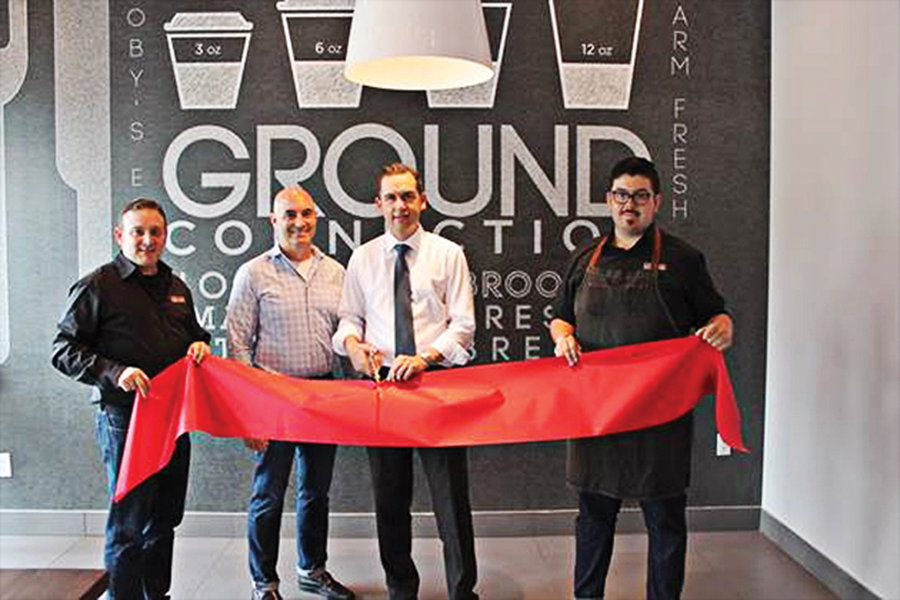 Mayor Steven Fulop has announced the launch of the Jersey City Youth Court (JCYC) program, an innovative peer-based model that will train youth to hear low-level, real-life cases involving their peers to prevent future involvement in the criminal justice system.

Jersey City becomes the second city in the state to launch a youth court program and joins more than 1,150 youth courts operating in 49 states and the District of Columbia.

The goal of the program is to use positive peer mentoring to ensure that young people who have committed minor offenses learn accountability and repair the harm caused by their actions. The program will provide afterschool employment opportunities and training for youth to serve as jurors, judges and advocates.

The city is currently working with the Prosecutor’s Office, the Municipal Court, the Police Department and the Board of Education to determine the type of matters that will be heard.

The program kicks off on Tuesday, Aug. 30, at the city’s first-ever Youth Justice conference. Attendees will participate in a series of workshops on topics related to cyber- bullying, restorative justice, trauma and understanding the impact of one’s behavior.

More information on the upcoming conference can be found on the city’s youth development page at: www.jerseycitysummerworks.org

The Hudson County Division of Housing and Community Development has officially launched its new “Hudson Housing Finder” page on www.hudsoncountynj.org.

The full address is http://www.hudsoncountynj.org/hudson-housing-finder/. The Hudson Housing Finder is also listed on the Division of Housing and Community Development’s page on the county website in the right hand navigation column as the “Affordable Housing” icon.

The new page will allow landlords to list and residents to seek a range of affordable housing options in Hudson County, online. It can search for a variety of special features such as accessibility for those with disabilities, voucher acceptance, and senior housing, in addition to cost, size, location and availability.

The Hudson Housing Finder will offer a range of affordable options for people of all low and moderate income levels. All units funded by Hudson County and the State of New Jersey will be listed.

A “housing finder” is only as good as the listings provided, so local landlords are strongly encouraged to consider listing on the Hudson Housing Finder, said county spokesperson James Kennelly.

Using the page is quick and easy with online or toll-free call center assistance for those seeking to add listings to the page. Landlords can list all types of apartments and houses up to 140 percent of Fair Market Rent ($2,044 for a two bedroom for example).

“I am very hopeful our local property owners will help us make this a great new community resource,” said Hudson County Executive Tom DeGise. “It’s not just free advertising; it is a chance to pitch in and help us build a true, friction-free way to connect those who need affordable housing with those who can offer it.”

You can learn more about affordable housing in Hudson County by calling the Hudson County Division of Community Development at (201) 369-4520 or visiting their webpage at: ‎www.hudsoncountynj.org/about-housing-and-community-development-hcd/.

A very full menu of programs and events is planned for September at the Jersey City Free Public Library.

The library’s 8th annual book festival, “Tales of Our Cities 2016,” gets under way Sunday, Sept. 25, from 11 a.m. to 4 p.m. rain or shine at Van Vorst Park in Downtown Jersey City. Readings will be delivered by 26 authors, and the day will include activities for children and food trucks.

For other activities during the month, see http:www.jclibrary.org.

The troubled American Dream Meadowlands mall, where work halted in April due to a financing shortfall, may begin moving next month toward eventual completion thanks to a decision Thursday by a state board which approved a $1.1 billion financing plan.

The New Jersey Sports and Exposition Authority voted to authorize a bond sale to the Public Finance Authority of Wisconsin, which will then sell bonds to investors.

Triple Five will repay the bondholders in revenue from the completed mall. The state is allowing American Dream to forgo up to $350 million in money that would otherwise go toward paying sales tax to instead repay the bonds.

The mall will repay the other $800 million to bondholders through a payment in lieu of taxes (PILOT) agreement with East Rutherford.

The same agreement will see American Dream pay East Rutherford more than $150 million over the first 20 years of the project, including $23 million up front.

“From an East Rutherford standpoint we’“ll be seeing the benefits right away,” Mayor James Cassella said.

The bonds are non-recourse, meaning New Jersey taxpayers won’t be on the hook if American Dream fails, Robert Tudor, bond counsel for the Sports Authority, said. However, critics of the deal said the state would be responsible for additional traffic, emergency and infrastructure costs with no extra revenue to cover those costs.

Triple Five has spent $600 million on the project to date, while prior developers spent $500 million each. Combined with a $1 billion state investment in land, highway improvements and tax breaks, the total cost of the project will push $5 billion upon completion.