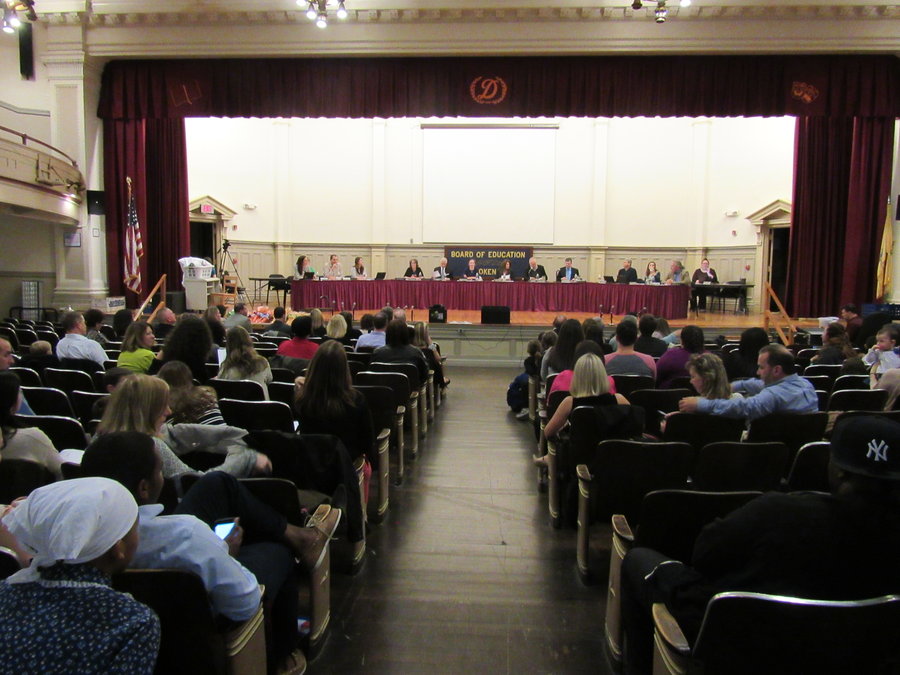 HOBOKEN — A letter sent to parents in the Hoboken School District by Superintendent Dr. Christine Johnson on Aug. 19 said that the Hoboken Junior Senior High school on Ninth and Clinton streets will “no longer exist” in name.
It will now be separated into the “Hoboken Middle School” and the “Hoboken High School.” The separation in names will also “reflect a separation in programs and core staffing” to best support both schools, she wrote in the letter.
Johnson wrote, “in order to best support our new middle school, I have named Tara Donnelly as middle school program coordinator and have also hired a designated middle school guidance counselor.”
The superintendent also wrote that “plans are in action to establish a middle school identity” and that additional classrooms have been secured to accommodate the growing enrollment of the Hoboken Middle School. She added that the middle school will also have its own entry and exit to the building.
New middle school programs will be introduced to family members during the Sept. 6 orientation and family dinner. During this time school officials will also present a new structure for the Hoboken High School, employing two deans of students who will partner with two guidance counselors.
The deans and counselors will be divided into two teams.
“The ninth and 11th grade team, along with the 10th and 12th grade team will loop with the students in order to establish quality relationships with both students and their families and to enhance the school’s climate and culture,” wrote Johnson.
Watch the Reporter for back-to-school news in a future edition.