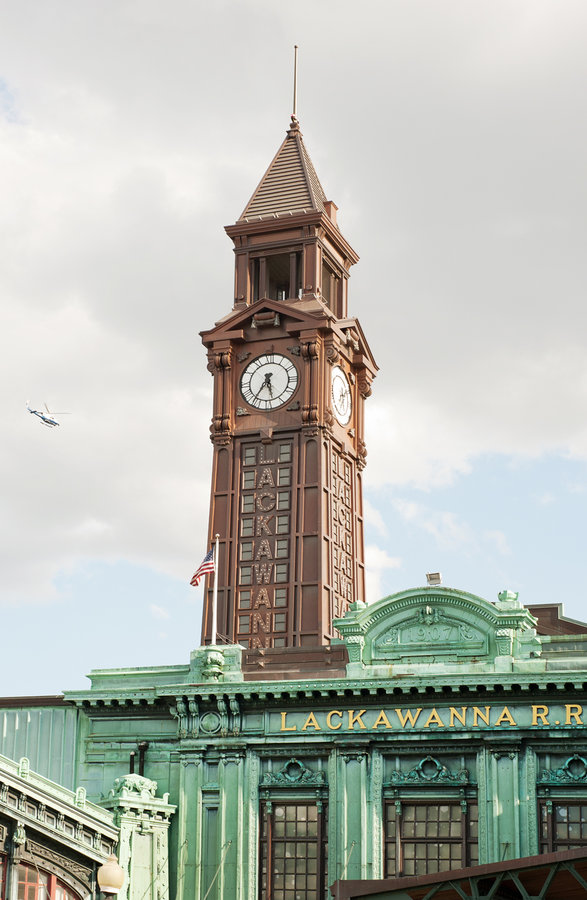 Never mind the recent water main breaks, each one butting up against my new apartment building. I really like Hoboken!
I lived in Hoboken 20 years ago, and paid $200 a month for a huge place on 10th and Washington. In the end, it doesn’t quite matter that it was super cheap, because my roof caved in and I had to move across the street.
In those days, I might not have ventured over to my current stretch of Hoboken skirts on the west side. But today it’s not only fine, “It’s a keeper!,” as my 18-year-old has explained. She suddenly wants to move from Los Angeles to Hoboken, and that is a new year’s miracle!
Okay, so the price of the PATH is more than it was 20 years ago. Nothing says real convenience like swiping your MetroCard through the PATH train turnstile. Or waiting at the 23rd Street station and tracking your train on a monitor, all things unheard of way back when.
I can certainly handle the lack of celebrity turnout in Hoboken – save for the eternal Sinatra, or even the Cake Boss. Because here in Hoboken, you can be your own starlet! In fact, I was recently interviewed for Channel 7 news regarding my opinions about the water main break. Not only did I actually show up on the clip, I see I really need a new hat! Hello, Cheap Maggie’s!
What about those beautiful new communal bikes for rent all over the city of Hoboken? Lovely, though I actually came to town equipped with my own two-wheeler. Though where else but Hoboken does it actually seem to be okay to ride on the sidewalks…?
How could it be that within one square Hoboken mile there are dozens of dry cleaners, seemingly more than the total number of churches, corner delis, and pizza parlors put together? Which begs the question: Why?! And how many exactly are there?
And yet, I still haven’t been to Stevens Point. Have you?
Everything works out in the end. I needed to have my shower redone as soon as I moved in. I found an amazing young handyman pronto, and apparently that is Sinatra gold in Hoboken.
It’s no matter that I lived in the West Village for all those years between Hoboken then and Hoboken now. I’m only 6.5 minutes to Christopher Street, right back where I started. I’m suddenly realizing that the cycle of life begins and ends in Hoboken!