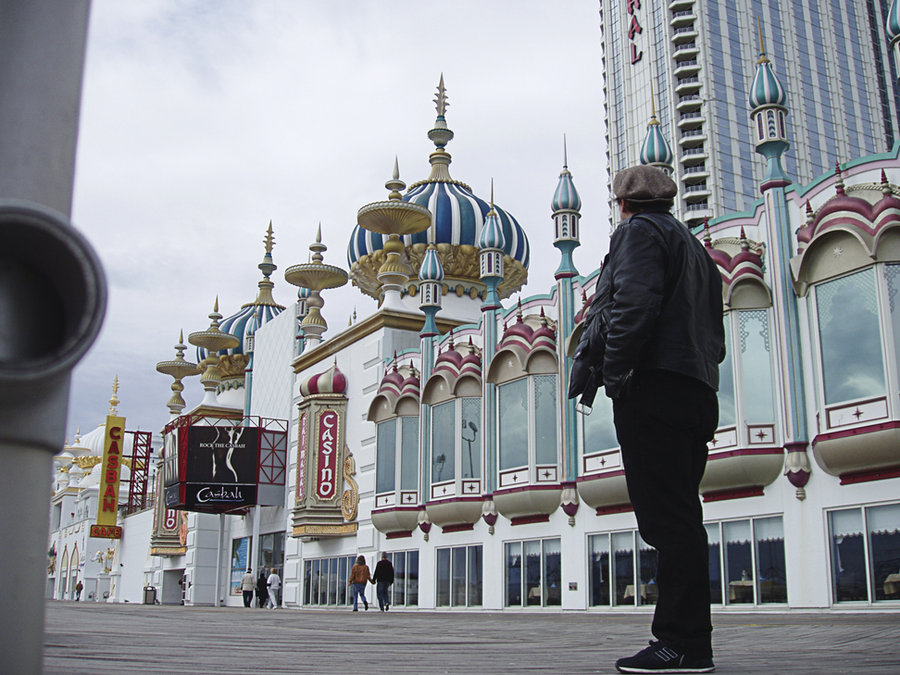 A feud between northern and southern New Jersey legislators came to an end this week with a compromise that will allow voters to choose if they want to expand casino gambling to the northern part of the state.
The lawmakers came to an agreement on Jan. 12 after months of wrangling between state Senate President Stephen Sweeney and state Assembly Speaker Vincent Prieto, each of whom was backing a rival plan.
Prieto supports possible casinos in places like Newark, Jersey City, and the Meadowlands in East Rutherford. A massive development has been proposed for south of Liberty State Park in Jersey City, which would include a casino. Currently, casino gambling is only legal in Atlantic City.

Legislature would vote on modified referendum

At a press conference on Jan. 12 at the State House, Gov. Christopher Christie announced that he and the lawmakers worked out an agreement that will allow the matter to be placed on the ballot in November.
The conflict between the two parts of the state was about who will operate the new casinos if approved. Sweeney wanted northern casinos to be operated all or in part by the same operators who currently run those in Atlantic City. Prieto would require this of only one of the new casinos, saying that this would allow new money to flow into New Jersey with the construction of new entertainment complexes such as the one proposed in Jersey City.

The mayors of Newark, Paterson, and Jersey City have issued support for expansion of casinos, as have the Hudson County Board of Chosen Freeholders.
With the expansion, the money will provide funding for programs, property tax relief for senior citizens and disabled residents, and help for Atlantic City and the horse racing industry, the freeholders said in a resolution passed on Jan. 8.
Under current law, casino gambling is permitted only in Atlantic City, but the constitutional amendment proposed by Assembly Democrats Ralph Caputo, Speaker Vincent Prieto, Gary Schaer, Valerie Vainieri Huttle, Raj Mukherji, Joseph Lagana, Tim Eustace, Marlene Caride, Angelica Jimenez and Gordon Johnson would allow the legislature to pass laws to permit casinos in two northern New Jersey counties.
The bill will help the state compete with other states that have recently allowed gambling, the freeholder resolution stated.

Could have been on last November’s ballot

The battle between north and south helped derail a referendum for last November’s ballot, partly due to Sweeney’s objections to the original plans.
Sweeney expressed support for allowing gambling in northern New Jersey, but he also wanted to see a plan in place to help Atlantic City. Four casinos closed in 2014 in the economically-struggling seashore city. Almost as soon as legislators from Hudson, Bergen, and Essex counties proposed the expansion, other counties chimed in asking for casinos in their part of the state as well.
Last year, Paul Fireman, who heads Fireman Capital Partners in Boston, proposed a $4.6 billion project that would bring a gambling casino to Jersey City. The project would include a 107,000-seat motor sports stadium, the world’s largest Ferris wheel, and a 95-story hotel, convention center, and casino, and be located near Liberty State Park. The proposal would locate a casino within easy reach of New York City and many of the northern New Jersey communities from which gamblers would come.
Potentially the largest construction project in the United States, the development is predicted to create 25,000 jobs. Fireman, who had an estimated personal wealth of $1.1 billion in 2006, has apparently met with a number of local legislators including State Sen. Ray Lesniak, who says the project will make Jersey City a significant tourist destination.
Fulop said 90 percent of the necessary property has been purchased or optioned. The casino element, which is key to the project, would require the consent of New Jersey voters and a change to the state constitution so gambling wouldn’t be limited to Atlantic City.