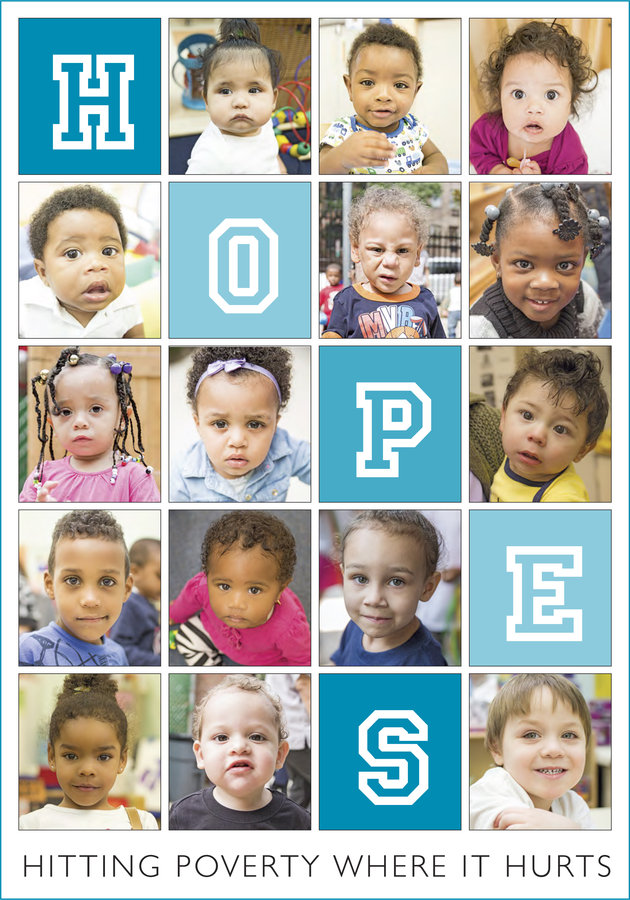 Ora Welch will be the first to tell you that things have changed in Hoboken. She’s not talking about the glass-and-steel high-rises that soar from our waterfront but about the humanity struggling to stay afloat in their shadow.
The well-known Bible verse declares that “you always have the poor with you.” Nothing’s changed in 2,000 years except perhaps a media climate that can give destitution some Time Out of Mind drama.
Welch, who is president and CEO of the nonprofit HOPES, knows that there’s nothing theatrical about being homeless and hungry.
“The demographics in Hoboken have changed tremendously,” she says. “Hoboken used to be one of the poorest cities in the nation. Now it’s more gentrified, but there are still members of the community who are economically challenged.” A common refrain is that she wants to serve people who may have just enough money to disqualify them for public funds.
HOPES’ mission is “to provide community services that respond to the social, educational and training needs of individuals in an effort to overcome barriers and fight the causes of poverty.”

The headquarters at 301 Garden St. sports a welcoming red door. The minute you walk in you know you are in a former school building—the first school in Hoboken, according to Welch—and parts of it are still used for classrooms.
Welch is also welcoming, a warm, big-hearted presence, bejeweled and fashionable, a munificent talker given to flight of ideas. In fact, her mosaic of details is almost too complex to follow. When I suggest that readers might want to visit HOPES.org to get the full picture, she says, “or they can just call me,” a brazen notion for most CEOs. Though she might take verbal flight, her ideas and programs are firmly rooted in the soil of community service—to infants, toddlers, preteens, teens, adults, and seniors.
When an armory in Plainfield much like the National Guard Armory in Jersey City became available, Welch says her adrenaline was pumping. Because it was owned by the federal government, she had to persuade Gov. Chris Christie to sign legislation allowing it to be sold to a private nonprofit. It now houses Plainfield’s Head Start program.

HOPES was established in 1964 under the firepower of President Lyndon B. Johnson’s War on Poverty, and specifically the Economic Opportunity Act, which established Community Action Agencies. The enemy? Poverty in Hudson County.
The majority of program participants have incomes below 75 percent of the federal poverty threshold. Services include those for youth enrichment, adults, senior assistance, and early childhood development.
Board Chair Frank Raia has been with the organization for 32 years. In 1983, he was tapped by Hoboken Mayor Steve Cappiello to fill a vacancy on the board, and he has been there ever since. “I’ve been trying to help youth my entire life,” he says. “Clearly, this is the best Head Start in the country. It’s a model program, and it just keeps on growing.” Raia affirms that “fighting the causes of poverty” should start with our youngest citizens.
Welch came on board in 1994 as early childhood director and two years later took the helm of the entire organization. She remembers her mother repeating the proverb, “It is better to light a single candle than to curse the darkness,” a philosophy that has served Welch well in her two decades at the organization. “You can’t change everything and everybody,” she says. “You have to pick an area and then go out like waves and change others.”
Instead of cursing Hoboken’s gentrification, she takes advantage of it. “It’s impossible to find housing for low-income families,” she says, “so we connect with the gentrified population, bring them in, and see how they can give back. They spread the news among friends and acquaintances and raise funds.”
Charity starts at home. A large percentage of her staff of some 280 comes from low-income Hoboken residents.

Welch was born in Alabama and was raised there before the Voting Rights Act was signed into law in 1965. “The schools were segregated,” she says. “I lived in a community where things were segregated. But there were some advantages to living in the South. One is that all my teachers lived in the same community. It was not as foreign as it is now for some children.”
She attended Antioch College in Ohio, an acknowledged hippie school and hotbed of activism since the 1940s. Welch spent much of her time after college and between semesters in New York City, her dream destination while growing up in Alabama. She eventually moved to New Jersey, where she has stayed for 40 years, gradually falling in love with the state and always finding fulfillment in her work.
“There’s satisfaction in giving back to the community,” she says. “I would absolutely do the job for free.”—Kate Rounds