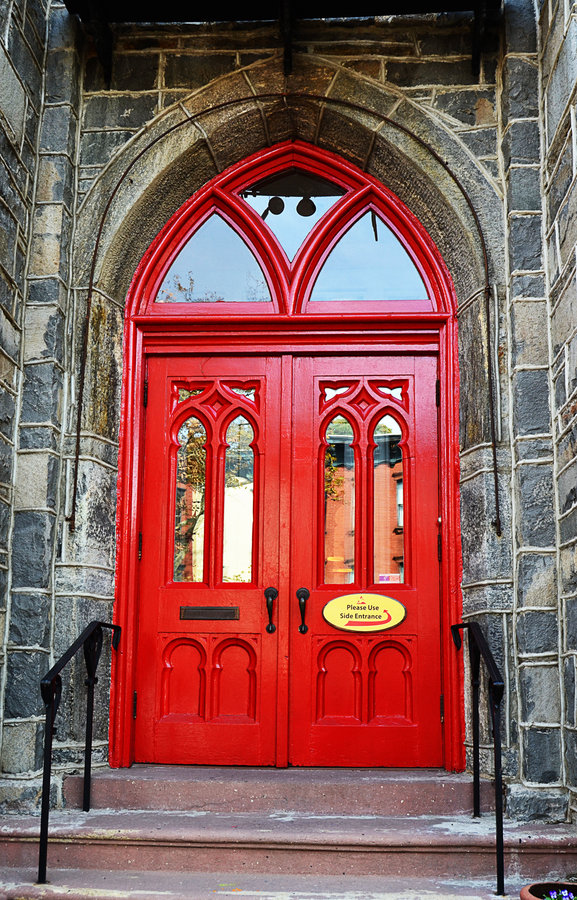 In 1609, Galileo conjectured that the surface of the moon might be walked upon. But he never envisioned toddlers firing up Peppa Pig on their mothers’ smartphones. That’s the dilemma facing 21st century educators: They just do not know what skills an eighth grader in 2015 needs in order to enter the workforce in 2025.
“These kids will grow up to solve problems that we don’t even know are problems yet,” says All Saints Episcopal Day’s Head of School Jill Singleton. “The truth of the matter is, the skill set is for jobs that don’t even exist.”
Students from nursery school through kindergarten are at 527 Clinton. Grades 1 through 8 are at 707 Washington. At mid-day on a Friday in late September, it looked like a lot of problem-solving was going on at the Washington Street school. Some classes were in session. Other kids were moving through the hallways in supervised lines, and little ones were enjoying a story hour.
The school is bright and colorful with none of the chaos, gloom, or sense of dread that characterize some schools. When teacher Libby Vino dismissed her math class, we sat down for a chat. Talk about renaissance teacher. She has degrees in religious studies, education, and dance, and teaches spirituality and math.
“We prepare them for high school, but it’s more than just math,” she says. Or any subject. “It’s nurturing and caring and pushing them to be independent and responsible. It’s about innovation, creative thinking, cooperation, and caring for one another.”
She and everyone else swear by the school’s mission, which is posted in every classroom. The 11-point statement, available on allsaintsdayschool.org, includes calls to inspire a love of learning, teamwork, and self-awareness. “It’s a beautiful statement and has been a guiding light for 30 years,” Vino says.

All Saints, which is celebrating its 30th anniversary this year, is meeting 21st century challenges in a dynamic environment. “It was founded at a time when a lot of people were leaving the city to raise families,” Singleton says. “This school was an option for people who were looking to stay in Hoboken. They loved the urban area and wanted quality education without leaving town.”
Part of the school’s mission statement at the time was to “nurture an appreciation for the cultural wonders of urban life.”
Vino, an Oregon native who dreamed of living in New York City, embodies that appreciation. She loves the fact that Hoboken is across the river from Manhattan yet has a cultural footprint of its own, including the arts and music festival, in which her daughter participates.
She’s a real task master when it comes to ice cream. She makes her own kids bike all the way to Edgewater for it; it’s good exercise and good use of an urban amenity.
The school uses the city—and indeed the world—as its classroom. The students are “global citizens,” who take part in an exchange program with students from Ecuador. “We talk all the time about trying to make sure kids understand and interface with the community and the world,” Singleton says. “A school used to be for getting information. Now you can get information from the iPhone in your pocket.” The challenge, she says, is “how to discern good from bogus information.”

Ten-year-olds in the fourth grade are learning how to gather good information in a year-long action research project in which they identify a problem, create a survey, tabulate the results, and analyze the data to see how the problem can be solved. They’ve addressed dog waste in the streets, pedestrian safety, litter, and the banning of single-use plastic bags. “They researched other world cities and found that cities and whole countries had banned plastic bags, and they tried to learn from them,” Singleton says. The students created a report and presented it to the Hoboken City Council. “These kinds of skills help students develop knowledge that is a means to an end,” says Singleton.
They’ve also looked at the success of recycling and composting. A few years ago, the school instituted a “vermicompost” program in which worms eat organic waste.
Another component of the mission statement is to “develop an appreciation for the planet and gratitude for its beauty,” Singleton says. “The kids have gotten the message about climate change and the climate crisis.”

“Faculty really wants to do this kind of teaching,” Singleton says. “They’re frustrated by artificial parameters and want to do authentic experiential learning. There’s a lot of collaboration and group work; we’re smarter together than alone.”
During the Month of the Young Adolescent in October, middle schoolers pick a topic of concern such as texting while driving, healthy hangouts for teens, throwing cigarette butts on the street, and secondhand smoke, and in a leadership summit, they invite local leaders such as the mayor, council members, firefighters, and police officers to share their thoughts.
When Singleton came on board over a decade ago, the school was—and still is—on the forefront of technology, with smartboards in classrooms and laptops on desks. Now Singleton has a different concern. “We’re trying to temper that,” she says. “Kids spend so much time on the screen,” putting their social and emotional development at risk.
Singleton tells the story of a ninth grader whose smartphone ran out of juice. The girl explained that she’d been hanging out with friends and they’d been texting each other. A clueless adult might be forgiven for asking, if you’re with your friends, why are you texting them? Is talking the new hieroglyphics?
Singleton also shares an overheard conversation between a mother and her four-year-old daughter on the boardwalk near the beach. The girl begged to go to the beach or the playground. The mother refused, giving the child her smartphone instead.
“Technology is not an end in itself,” Singleton says. “Students should struggle with something, sit with something, be bored and figure out what they want to do.” They need unplugged and unscheduled time.
“Children are hardwired to play and use their imaginations,” Singleton says. “They need free time and free space to experiment—and fail.” It’s called successful failure.
Says Singleton, “A happy childhood has to have some joy in it.”—07030