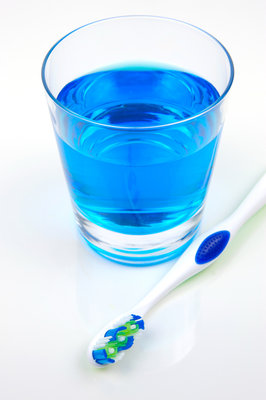 Heated debate has ensued in the last few weeks about pending legislation to inject fluoride into New Jersey’s water. The legislation has passed through both legislative health committees and will soon move to the Assembly floor for a vote.
Sponsors of the bi-partisan legislation have said that adding fluoride to public water will reduce the prevalence of tooth decay, but opponents argue against the measure, citing the cost, potential health risks, and lack of choice in the matter if the state mandates the practice.
Local advocacy groups are attempting to thwart the legislature’s efforts to “medicate the water supply,” calling fluoride a toxic chemical that can not be regulated once it enters the public water system.

New Jersey ranks 49 out of 50 states, second to last to Hawaii, in its percentage of population that drinks fluoridated public water at the Centers for Disease Control and Prevention’s (CDC) recommended therapeutic level of one part per million, according to the New Jersey American Dental Association.
Michigan was the first state to fluoridate the water supply in 1945 after scientists discovered that people living near water supplies with higher levels of fluoride had less cavities. Fluoride was introduced into the New York City water supply in 1964.
In the 1970s, Jersey City water was fluoridated for a number of years before the practice was stopped due to opposition. As a Jersey City councilman in 2002, current Mayor Jerramiah Healy sought to return fluoridation and introduced a resolution that was never enacted upon.
Only 13 percent of New Jerseyans drink fluoridated water, according to data from the CDC. Several communities in Gloucester, Monmouth, and Somerset counties, among others, currently fluoridate their water.

Almost all water contains fluoride, which is a naturally occurring mineral. But at low levels it is not sufficient enough to prevent tooth decay. Studies have shown that fluoridation of water can reduce tooth decay by about 60 percent. Despite the prevalence of fluoride in a number of products such as toothpaste, mouthwash, and gels, the CDC continues to recommend fluoridating water and listed it as one of the 10 most valuable public health measures of the 20th century.
Senator Joseph Vitale (D-Middlesex) said in a statement, “By fluoridating our public water supplies we can directly improve the dental health of all New Jerseyans in the least expensive and most effective way possible. He is the chairman of the Senate Health Committee and sponsor of the bill.

There are some downsides of fluoridation, even according to the CDC.
According to the CDC, children under age 8 and younger exposed to excessive amounts of fluoride have an increased chance of developing pits in the tooth enamel. Excessive consumption of fluoride over a lifetime may increase the likelihood of bone fractures, and may lead to pain and tenderness of the bone, a condition called skeletal fluorosis. According to the EPA, it is likely that some children 8 and younger are exposed to too much fluoride, at least occasionally while their teeth are forming, because of their high fluid intake relative to their body weight and/or because of high natural levels of fluoride in their local drinking water.
However, the CDC claims that as long as you follow toothbrush guidelines for your child, it is highly unlikely that they will become overexposed to fluoride. Children under 2 years of age should not brush with fluoride.
Fluoride opponents argue that there is very little control over how much fluoride a person consumes, due to its availability in teas and products made with fluoridated water. They say it shouldn’t be increased for everyone regardless of age and health. They also claim that the benefits of fluoride are topical, and thus provides little benefit if ingested in water.

The New Jersey Dental Association, using CDC estimates, determined that fluoridating New Jersey’s public water supply would net an estimated savings of $108 million annually, or more than $2 million per week, in dental treatment costs.
On the other hand, some Water Utility companies oppose the use of fluoride due to the added cost they estimate in the hundreds of thousands to millions – a cost that could be passed to costumers.
“Start-up capital expenses would be $1 billion to $2 billion on the drinking water side and $3 billion to $5 billion on the wastewater treatment side,” said Ron Farr of the North Jersey District Water Supply Commission during a Senate hearing last month.
Assemblyman Herb Conaway, a major sponsor of the bill – who has fought for fluoridation for eight years – said it saves money in other ways. “Water fluoridation is a safe and effective way to prevent cavities in children and adults and saves money that would otherwise be spent on dental care by families and governments,” he said.
Conaway is a practicing physician and chairman of the Assembly Health Committee.
Proponents like Conaway also claim that fluoridation would benefit low-income families who cannot afford regular dentist check-ups.