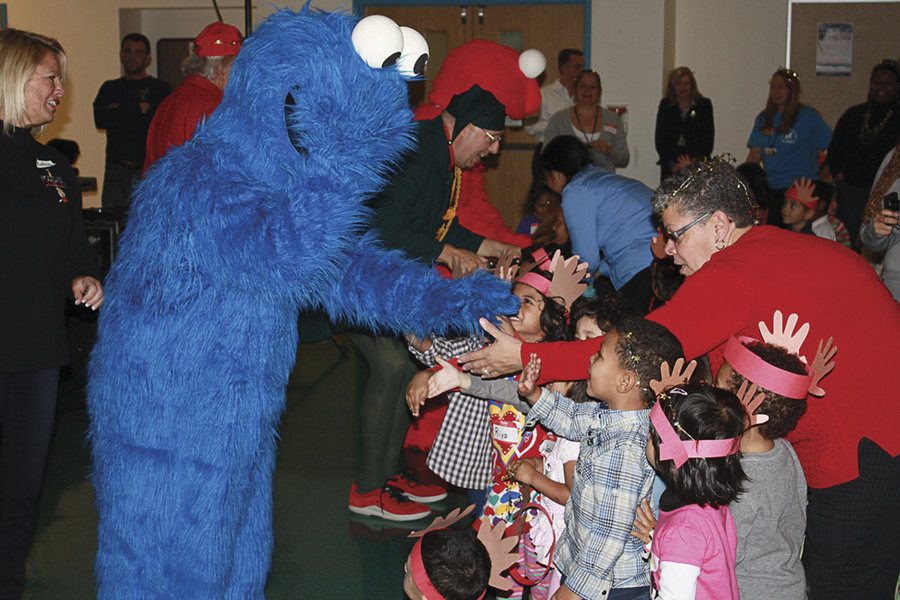 With chants of “Mabuhay (long live) the Philippines! Mabuhay Jersey City,” members of Jersey City’s Filipino community cheered as Rolando Lavarro was sworn in as the City Council’s newest at-large representative. Lavarro, the first Asian to be elected to the City Council, was sworn in Monday alongside Viola Richardson, his running mate in the Nov. 8 special election that filled two at-large vacancies on the council.
While Lavarro thanked his supporters in the Filipino community and noted that history was made with his election, he told the standing-room-only audience that he would be a city councilman “for the entire city.” Lavarro noted that in the Philippines, when a member of the community has to move, members of the community come together in what is called the “Bayanihan spirit.” Working together, he said, community members literally lift up the home that has to be moved.
This example, he said, shows how an entire community must come together to solve its problems and address its challenges.
Later he said, “This is the spirit we must embrace in Jersey City.”
In her comments to the crowd Richardson, formerly the longtime City Councilwoman for Ward F, vowed to work with residents throughout the city, but promised to not overlook or step on the toes of the new Ward F representative.
At press time Friday, Mayor Jerramiah T. Healy had yet to recommend a temporary appointment for Ward F. Once he makes his recommendation his appointee must be approved by the remaining eight people on the council.

A fire rig that covers the west side of Jersey City is expected to be out of service until the end of the year, prompting concerns among local residents and a call for a community meeting by Freeholder Chairman Bill O’Dea.
The fire pumper has been out of commission since Nov. 16, O’Dea said.
The department policy is that a rig should be out of service for no more than three weeks. O’Dea said the holiday season is a high risk time for fires and said he’s scheduled a meeting of concerned citizens for Dec. 7
“My plans now are to have a community meeting on Wednesday, Dec. 7 at 7 p.m. at the former OLV Grammar School to alert the neighborhood to the issue and put the city on notice as to our safety concerns,” he said. Our Lady of Victories School is located at 240 Ege Avenue near West Side Avenue in Jersey City.
On the agenda will be out of service pumper truck as well as discussion about security cameras for West Side Avenue and Lincoln Park. Expected at the meeting are Councilmen David Donnelly and Rolando Lavarro and Fire Director Armando Roman.
“I have been working with council members Donnelly, Fulop and Lavarro on this matter,” O’Dea said. “To date they have not gotten me a definitive response. At that meeting we will distribute petitions to the community.”

PS 29 has won a $7,000 Arts Education Scholarship from Young Audiences New Jersey and Target. Through the grant, the school will work with Young Audiences to deliver a variety of arts education programs for the students, teachers, and families. PS 29 was one of 81 schools throughout New Jersey that applied for the grant and one of only seven schools to be selected.
“We are thrilled to receive this generous grant,” PS 29 Principal Susan Harbace said in a release. “Providing quality arts programming to our students has always been a goal at PS 29, but not always possible in these difficult economic times. With the help of Young Audiences and Target, we can now continue to offer our students inspiring, arts-rich experiences.”
The grant will provide funding for a variety of initiatives, including: professional arts performances at the school; in-depth, hands-on workshops with professional artists; professional development to help teachers use the arts in their classrooms; and assistance in creating a community event celebrating students’ work
According to Larry Capo, executive director of Young Audiences New Jersey, each year the organization works with nearly 50,000 kids across the state – from pre-kindergarten through high school – serving all 21 counties with arts-based assembly presentations and artist-in-residence workshops.

The next installment of JC Fridays is scheduled for Friday, Dec. 2 at several venues throughout the city. The quarterly showcase of art-related events will, as always, highlight an array of visual works from artists working in Jersey City. Daylong festivities will feature work from Jesumar Legada, Woolpunk Studios, Mark Finne, Instigatorize, Grigory Gurevich, and Alexander Gurevich. There will also be a special showing of the film “Gasland” at City Hall at 8 p.m.