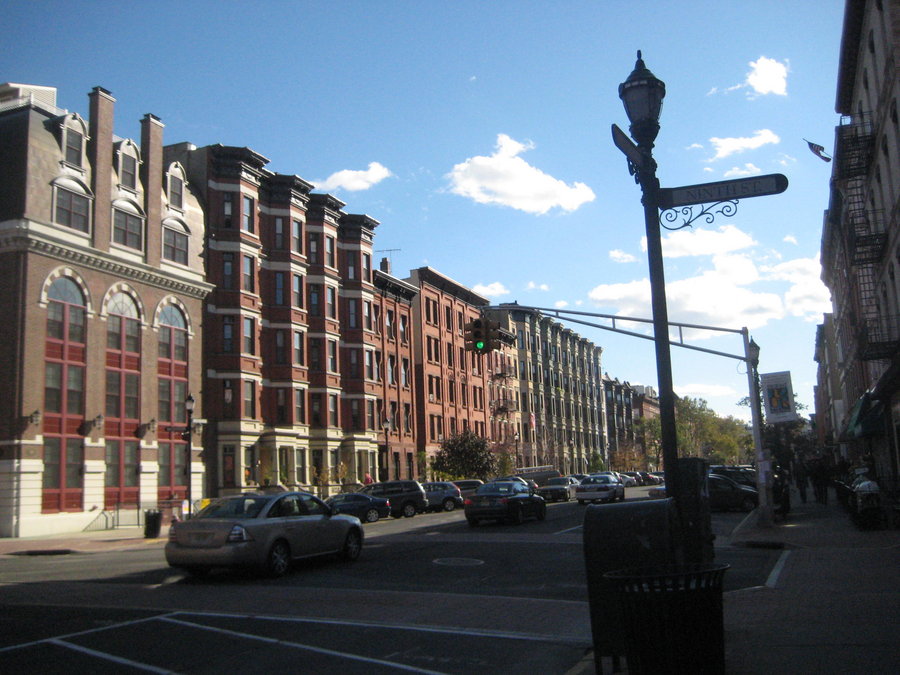 HUDSON COUNTY – There’s plenty to read in the various editions of the Hudson Reporter newspapers this weekend.
If you’re used to picking up meals at a curbside food truck, you’ll be interested to know initiatives are underway by the city councils in Jersey City and Hoboken to levy much higher fees and regulations on food truck vendors. Some operators claim the new laws would drive them out of business.
Our Jersey City paper has a story about an author who has written a new book about Jersey City’s former mayor, the legendary Frank ‘I Am The Law’ Hague. We also give you the details of a lawsuit filed by four Jersey City charter schools demanding the school board contribute the legally mandated support for those schools.
Have you noticed those blue solar panels sprouting from light poles around Hoboken and other areas of Hudson County? The Hoboken Reporter has a full story about how they came to be, and why they will not save utility rate payers any money.
In Secaucus, a community ball raised $40,000 for the Tomorrows Children Fund. We’ve also got stories about an exhibit of children’s art at the library, and preparations for the town’s holiday season of charitable giving.
In North Bergen, the high school football Red Raiders have been barred from the playoffs because the team used an allegedly ineligible player, a judge’s decision that has fans and parents crying foul. We have a profile of Michael Deluca, creator of the controversial GalaxyFacts.com website, and a plea to the community from the Woodcliff Community Church for donations to continue its charitable efforts.
Our papers in West New York and Union City have a profile of Pastor Brigit Solano’s food pantry at the Good Shepherd Church. And if you’re in the market for a $3.45 million house overlooking the river and Manhattan skyline, our reporter will take you on a grand tour.
All this, plus Jim Hague’s sports reporting, ‘Between The Lines’ by Al Sullivan, and a final installment of ‘On The Streets Where We Live’ by the late Matt Amato. So pick up a copy of the paper for your town this weekend and catch up with what’s new!