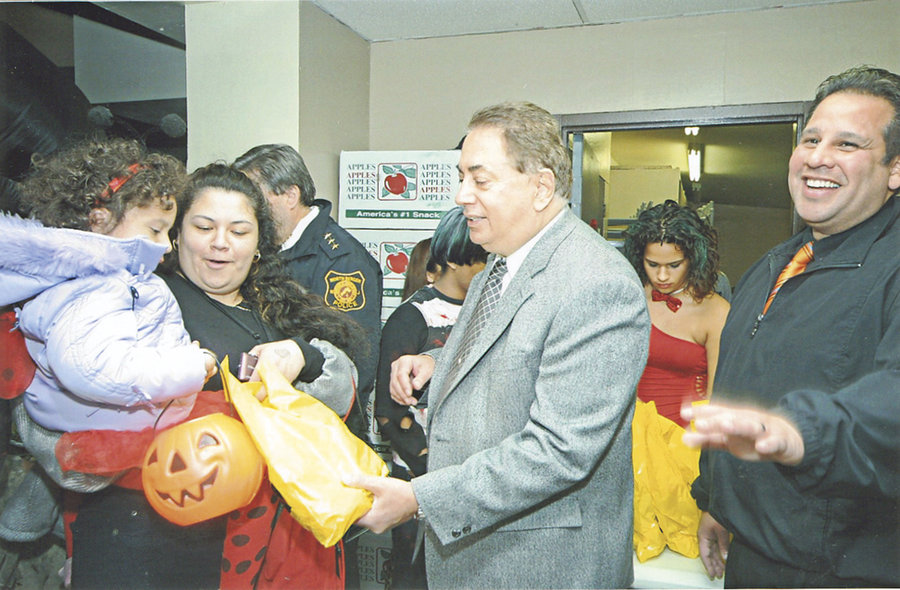 The Palisades Emergency Residence Corporation requests donations of non-perishables and paper goods for the upcoming holiday season. To make a donation or inquire about volunteer opportunities, or for more information, call PERC at (201) 348-8150.
PERC is also holding their annual holiday party on Tuesday, Dec. 6 from 6 to 9 p.m. at the Antonia’s by the Park restaurant at 9011 Palisade Road in North Bergen. The event will honor Guttenberg Mayor Gerald Drasheff and the North Hudson Lawyers’ Club.
The event will also launch the premiere of “Through My Eyes: Views of Homelessness and Home,” a photography exhibit by former and current PERC shelter guests. Locally brewed beer from the New Jersey Beer Company will also be featured.
For more information, contact PERC at (201) 348-8150 or e-mail events@percshelter.org. You can purchase tickets online at percshelter.org.

‘Caylee’s Law,’ sponsored by North Bergen Mayor and State Senator Nicholas J. Sacco, was approved unanimously on Monday by the Senate Law and Public Safety Committee. The bill would make the failing to report the disappearance or death of a child within 24 hours a felony.
The proposed legislation is named after 2-year-old Caylee Anthony, whose mother failed to report her disappearance for more than a month, in a famous case.
The bill will now go to the full Senate for consideration. Similar legislation has been introduced in at least 15 other states.
For more on ‘Caylee’s Law,’ see our full story by doing a search at hudsonreporter.com.

North Bergen’s Charity Committee and Our Lady of Fatima Church are accepting coat donations from now until Friday Dec. 9, 2011. Acceptable items include new as well as gently-used winter coats, which must be washed prior to donation.
Donation locations are North Bergen Town Hall at 4233 Kennedy Boulevard, North Bergen Public Library at 8411 Bergenline Ave., Nutrition Center at 1445 45th St., Our Lady of Fatima Church at 8016 Kennedy Blvd., and the North Bergen Parking Authority at 7224 Bergenline Ave.
For more information, call (201) 392-2024 or e-mail nbcc@northbergen.org.

After spending approximately seven years in federal prison for bank fraud, Rene Abreu, a former political fundraiser and former Hudson County-based real estate and mortgage lending mogul, was transferred approximately two weeks ago to a detention facility within the New York Community Corrections Management system. His projected release date from the center is Feb. 22 of 2012, according to the Federal Bureau of Prisons.
Abreu, a Cuban immigrant, was a Fort Lee resident and self-made millionaire who owned several local businesses, including Abreu Real Estate, the Mortgage Pros, Inc. and RLA Homes on Bergenline Avenue in Guttenberg.
Abreu was also a top fundraiser for current U.S. Rep. Albio Sires, the former state senator and former mayor of West New York. According to the 2010 book “The Jersey Sting,” federal prosecutors “didn’t really want [Abreu]. They had told Abreu repeatedly that they had a Get Out of Jail Free card waiting for him if he would roll over on Sires. Abreu wouldn’t.”
In August of 2004, U.S. District Judge Joseph Greenaway sentenced Abreu to 7.25 years in prison–the maximum allowed–for real estate schemes involving his companies and bank fraud. He was convicted on 21 out of a 28 count indictment, including conspiracy to commit mail fraud, conspiracy to defraud Hudson United Band by engaging in a fraudulent check-kiting scheme, and conspiracy to structure currency transactions.
In addition to serving time, Abreu was ordered to pay $200,000 in fines and $499,000 in restitution.