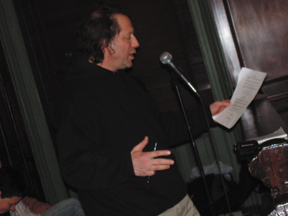 The Rockefeller Group, a global development firm that owns Rockefeller Center in New York City, is coming to Hoboken. In fact, they’re already here, some say.
According to sources, their offshoot company, Park Willow, LLC, has purchased several buildings uptown – between 14th and 17th streets from Grand Street to Park Avenue – where the Burlington Coat factory, the Stahl Soap factory, and the Macy’s Parade staging warehouse are current tenants.
The company is now petitioning the city to classify the area as a redevelopment zone, sources say. Redevelopment zones allow a city to dictate zoning changes, take over some property by eminent domain, designate a developer or several developers, and make a separate tax deal with those developers.
At last week’s City Council meeting, residents voiced strong opposition to the first step in the process: a council vote to request a Planning Board study to determine if the area qualifies under state guidelines as a redevelopment zone.
After hearing from the public and voicing questions of their own, the council decided not to commission the study, but to send the measure to a council committee for further review.
According to sources, many of the buildings in the area were purchased by a local developer and then sold to Park Willow LLC last year, before the economy nosedived.

The property owners are interested in building 300 condominiums and a massive office complex at the northern entrance to town, according to records submitted to the New Jersey Economic Development Authority (EDA).
Park Willow petitioned the EDA last year for partial funding to cleanup contamination underneath many of the buildings and was granted $1 million in reimbursement if their proposed development gets built, according to sources knowledgeable of the situation. EDA representatives did not return calls last week.
Several buildings in the region have signs on them saying they are the focus of an ongoing cleanup.

Besides condos, the $1.1 billion development would include 1.8 million square feet of office space and 85,000 square feet of retail space.
The project could bring 5,000 permanent jobs to Hoboken and another 1,000 during construction, city Community Development Director Fred Bado said at the meeting.
He said 50 percent of the buildings affected by the potential redevelopment zone are already owned by Park Willow.
The other building owners would receive offers for their land or face the possibility of eminent domain if the plan goes forward. However, the council can exempt properties from the plan if they see fit, for example, a PSE&G transformer in the area.

One resident made poignant statements regarding redevelopment at the council meeting last week, eliciting heavy and prolonged applause from the audience.

“Someone in this administration is a development junkie.” – Cheryl Fallick
________

Cheryl Fallick said, “Someone in this administration is a development junkie. I guess it’s time for another fix … Tonight I would like to see the council say no to the dealer and cut off the supply.”
The city has recently approved or proposed several other redevelopment areas for the city’s northern and southern borders. Some are on hold while the city gets its economic situation ironed out.
Fallick had asked at the previous meeting about the EDA grant to Park Willow, but council members either didn’t have much information or didn’t want to disclose it yet.
She said last week that she believes the grant was based on a “wink, wink” agreement with the city, although Bado said there was no agreement of any sort in place with Park Willow.
Fallick continued, “What conclusion can the citizens come to other than that this is a backroom deal … most likely contrary to the interests of the community?”
She said could not recall a time when the Planning Board turned down an application for redevelopment.
“You don’t have to go along with this,” she pleaded to the council.
Community pushback is likely due to unfulfilled promises of the past, with the city asking developers for amenities like a pool or sufficient infrastructure, and not always getting them.
Land-use lawyer Leah Healy asked the council what the cost of the redevelopment study would be – an answer was not immediately given – and told the council that a similar study of the region was done three years ago. The city responded that the study was never completed and that state laws have changed since then.
Most of the residents who spoke about the proposed redevelopment study criticized it or asked questions about it, but one man spoke in favor of development.
Hany Ahmed, who is involved in real estate in Hoboken, said that the city’s recent tax increase would have been much more painful if not for the recent developments in town that allow more property owners to share in the burden.
“A city block brings in $75,000 in taxes if unbuilt,” he said. “When built, it brings in over roughly $2.1 million in taxes.”

The city is excited about the possibility of a new development adorning the northern gateway to Hoboken.
Bado said developers consider that area “waterfront property” and are interested in it because of its access to tunnels, transit, and Turnpike.

He said the possibility remains that NJ Transit could build a new light rail station at 17th Street as construction proceeds.
He said the land should be better used.
“I’m not even sure if homeless people live up there,” he said in an interview. “If it happens, this is a stimulus package for Hoboken and the state of New Jersey using private funds.”