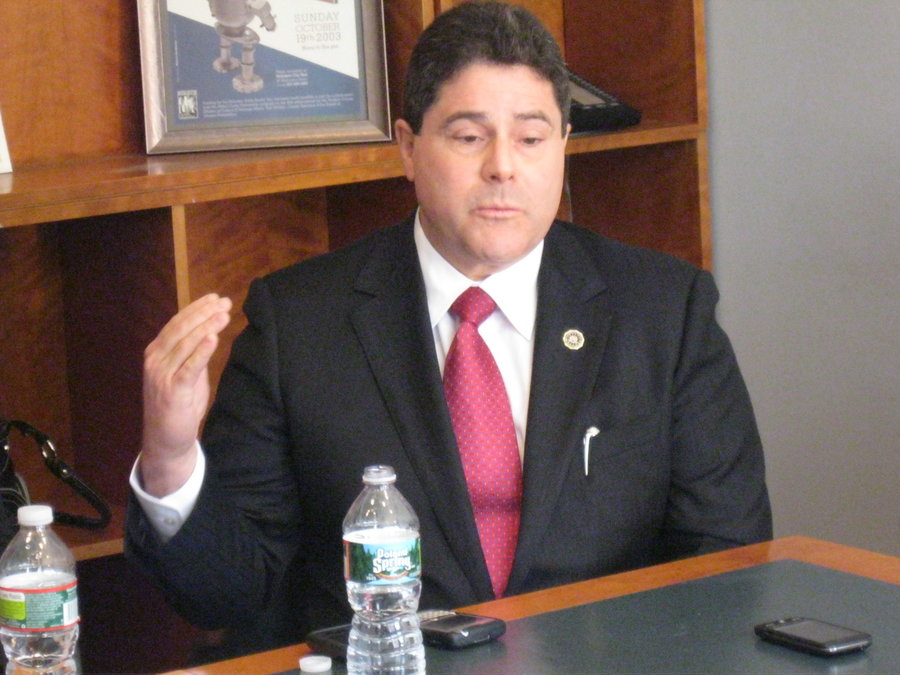 WEST NEW YORK — West New York Mayor Dr. Felix Roque was found not guilty on Dec. 21 of a charge that he took kickbacks to refer patients to an MRI Lab.
Roque, 60, a naturalized U.S. citizen originally from Cuba, said he believed in the American legal system. “Had this trial been in Cuba, they would have convicted me, even though I was innocent,” he said.
This is the second time in three years that Roque was been acquitted of criminal charges. In 2013, a federal jury found him not guilty of conspiracy to hack into a political opponent’s website – although his son, Joseph, was convicted a misdemeanor in that case.
In the most recent case, Roque was charged with commercial bribery. Prosecutors from the New Jersey Division of Criminal Justice claimed Roque allegedly accepted $200,000 in illegal payments between 2007 and 2014 in exchange for making more than 2,000 referrals to a Hackensack lab.
Rehan Zuberi, who operated the lab, pleaded guilty in the kickback scheme in May 2015. Under a plea deal with the state Division of Criminal Justice, Zuberi got a reduced sentence for every doctor he turned in.
“It was all very inconsistent,” Roque said. “In one instance, they said I received a $5,000 check, but nobody could find the check.”
A lot hinged on the case, Roque said.
“Had I lost this case, I would have been forced to declare bankruptcy,” he said. “I would have had no license and no way to make a living.”
But he said his legal difficulties are not yet done. He expects the state to try and take his medical license.