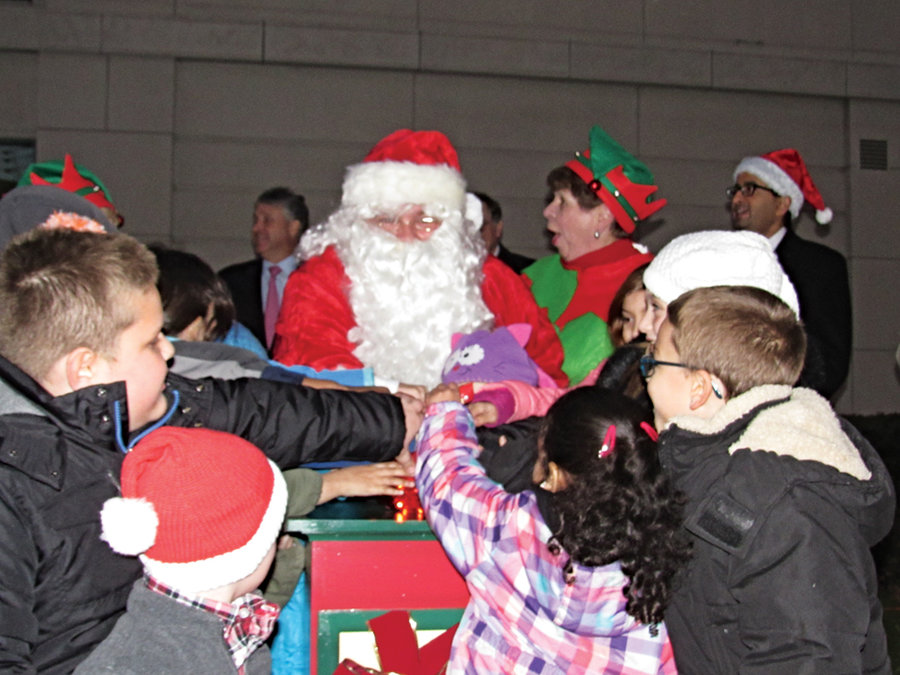 In an article last week that covered the ongoing teachers’ contract negotiations, The Bayonne Community News said that employees of the City of Bayonne are on the NJ Direct 15 insurance plan. Those employees are no longer on that plan. They are enrolled in the NJ Direct 20/30 plan, which has copays of $20 for primary doctors and $30 copays for specialists, according to city officials.
In a report on a local attorney’s suspension from practicing law, The Bayonne Community News reported that Peter Cresci pleaded guilty in a September 2013 case involving a forged signature on a court document. Cresci did not plead guilty, but he was entered into a pre-trial intervention program, which he completed.

Details emerged for a large apartment building scheduled for completion in 2019 on Avenue F between 23rd and 24th Streets near the 22nd Street Light Rail Station. The building, being developed by NY-based Parkview Realty Holdings, will consist of 180 units, composed of 10 studios, 85 one-bedrooms, 63 two-bedrooms, 17 two-bedroom lofts, and five three-bedroom lofts, along with 3,000 square feet of commercial space and 189 parking spaces. The project was approved at a city council meeting in July. Total construction cost is estimated to be between $40 and $50 million. These units will be marketed as luxury apartments.

The Bayonne High School Class of 1987 is in the process of planning its 30-year reunion on September 16, 2017 at The Chandelier in Bayonne. The event will feature an open bar, hot food, and dessert, along with a DJ and music. Graduates who would like to attend can send a $76 check to Lisa DeMonaco, 43 East 21st St., Bayonne, 07002. Spouses are welcome. On the check, include your name, maiden name, and phone number.
Marist High School Classes of 1982 and 1977 are planning a combined reunion for an undetermined date in 2017 to celebrate 35th and 40th reunions simultaneously. For more information, contact Roberta (Palmer) Kellis, Class of ’82, (541) 954-9131.

Decision on whether to reverse layoffs pushed back

The Civil Service Commission pushed back a decision on whether to reverse the layoffs of three former city employees, who later sued the city. A November 2 decision granted an appeal to the former employees who allege their layoffs in June of 2015 were not carried out in good faith.
Judge Thomas R. Betancourt’s decision was sent to the Civil Service Commission for final decision, saying that the “appellants should be restored to their previous positions of employment immediately.”
The decision was expected to come after a meeting on Wednesday, December 7, but the commission still has to review testimony. A decision is possible for their meeting on December 21.
Employees Gary Parlatti and Michael Smith worked as field representatives for citizens’ complaints, while Michael Mulcahy was a housing inspector enforcing property maintenance codes. The three worked under the Department of Municipal Services.
Judge Betancourt previously found the testimonies of Bayonne Business Administrator Joe DeMarco and former Director of Municipal Services Robert Wondolowski “not credible,” after giving conflicting testimony that showed inconsistencies in the city’s rationale for the layoffs. DeMarco and Wondolowski were two of 17 witnesses who testified.

At the corner of 32nd Street and Broadway, where Mary Ann Koszyk, 72, was struck and killed in a hit-and-run accident on November 11, another woman was hit while crossing. On December 6 at around 7:30 pm, the 53-year-old pedestrian was hit by a 52-year-old driving a Honda Pilot. She survived with minor injuries, according to police, and was transported to Jersey City Medical Center where she was released later that day. The driver was issued a summons for careless driving and having an unregistered and uninsured vehicle, according to Police Captain Janine Foy.
Police urge pedestrians to be aware of the dangers of two-way streets that lead to highways, such as 32nd Street, which crosses the light rail tracks and where vehicles can merge onto Route 440.