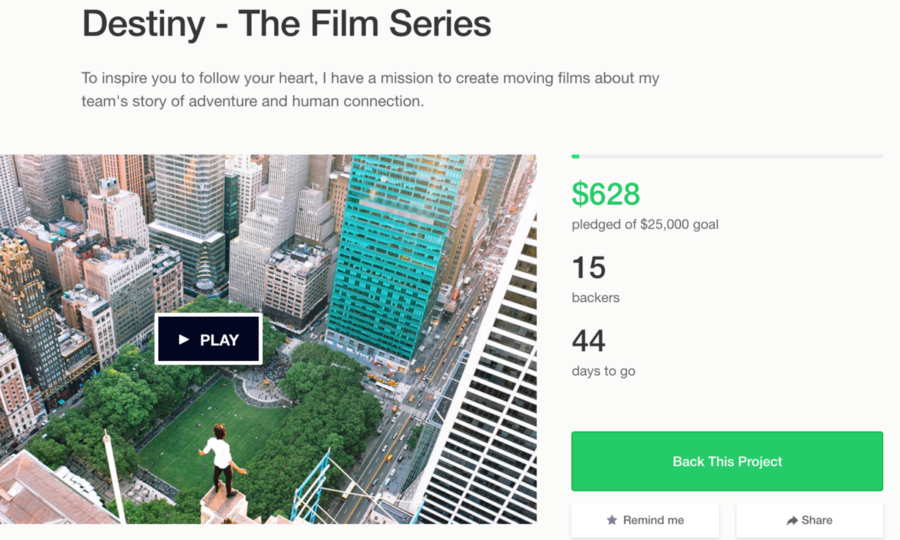 WEEHAWKEN – On Kickstarter and other fundraising pages, people seek funds for their sick children, charity endeavors, and sometimes, artistic projects. But one local teenager is looking for funds for his legal fees after he’s been caught posting photos of dangerous climbs on skyscrapers.
The local teen was recently charged with reckless endangerment and trespassing after he and friends posted videos on social media of themselves climbing high atop buildings and scaffolding near Central Park.
He’s also infamous for his death defying climbing in the tri-state area including 1 World Trade Center in 2014 when it was still under construction. At that time, he was given a community service sentence and had to meet with a therapist.
After the latest charges, he said he’s doing a “film series” and has launched a Kickstarter campaign to raise $25,000 for both the project and legal fees.
On his Kickstarter page, he writes that the money will be used to document and travel his journey through the continental United States and Hawaii “through dozens of 7-14 minute shorts for as long as we can sustain them.”
He also states that the first $10,000 will be used to pay back legal fees.
“Because of the art I have recently shared, I had to borrow thousands of dollars to help pay for my legal defense and bail,” says the webpage. “The first ten thousand dollars of your donations will go straight to that. Once, that’s all settled, my team and I will focus on sharing our positive message of living life to the fullest with the rest of the world.”
“It is my mission to inspire others to let go of fear and ultimately connect with whatever and whomever they love,” he wrote on the page. “After coming under fire by a lot of New York media and receiving praise by most of New York’s citizens I have decided to ask for the worlds help with empowering myself to serve this world by making more moving films with the people I love.”
But New York City emergency responders don’t feel the same way. One told the media that had the teen fallen during his stunts, emergency workers would have been tied up instead of tending to other people in need.
As of Tuesday Dec. 13 the Kickstarter page had raised $628.