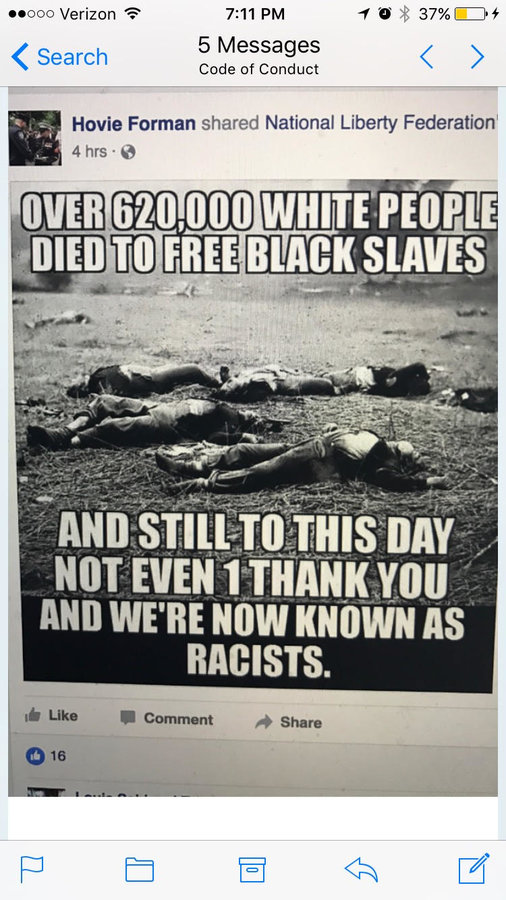 The Hoboken City Council met Dec. 7 and discussed national hate crimes in the wake of the presidential election.
Councilman Ravi Bhalla sponsored a resolution condemning the hate crimes that have taken place across the nation in the wake of the presidential election. By one count, more than 700 incidents have occurred across the country in the last month, following a year of election rhetoric targeting specific groups of people.
The resolution states that the council and the city are “committed to creating a community that is free of bias and prejudice…and to pursuing an agenda that affirms civil and human rights, and ensure that those targets on the basis of race, religion, or immigration status can turn to government without fear of recrimination.”
After Bhalla discussed his resolution, Councilman Ruben Ramos said he wished to take the resolution even further.

“A resident brought to my attention a commissioner of the Hoboken Housing Authority who put up hateful speech on social media,” said Ramos. “It says, ‘Over 620,000 white people died to free black slaves and still to this day not even 1 thank you.’ ”
Ramos provided a screenshot from the page of HHA Commissioner Hovie Forman, which includes a meme showing dead, emaciated bodies in a field. It includes the sentence that Ramos quoted, and at the bottom says “And we’re now known as racists.”
Apparently, the post refers to a study that stated the the approximate number of total soldiers who died from combat, starvation, diseases, and accidents during the Civil War was 620,000.
Ramos gave a screenshot of the commissioner’s Facebook page to the Reporter.
The Hoboken Housing Authority operates independently from the city and oversees the city’s 1,353 units of federally funded low-income and senior citizen housing. The day-to-day operations are managed by a paid executive director and staff, who are overseen by a seven-member volunteer Board of Commissioners. The board is appointed by local and state officials.
Ramos said “This individual oversees an agency with a large African-American and minority population which I represent [on the council].”
Ramos said “I ask corporation counsel if we have code of conduct that addresses such issues for potential removal as I’d like to request his resignation and I hope the council will support me in this as well.”

Councilman James Doyle and Councilman Michael Russo, the two sponsors of a controversial ordinance that would amend the city code to allow establishments with liquor licenses to open within 500 feet of one another, pulled the proposed ordinance in its current form from the agenda.
In the past, the council has hosted a public forum to discuss the proposed ordinance in which over 50 members of the business community voiced their opinions on.
“We are pulling the ordinance as it is going to expire,” said Doyle. “It won’t be on the agenda for our next meeting. “
“Councilman Russo and I have a different approach and will work together to reach out to the different members of the council and get their input, “ said Doyle. “We’ve been hearing from the business community and Chief Ferrante and members of the Police Department so we have a better idea of what, if anything, can and should be done.”
Russo said there is no rush moving forward and he can’t “begin to speculate on what a new ordinance might look like” until they gather more information from members of the council to come up with a more comprehensive ordinance.
Russo said he is unsure when a new ordinance that addresses the 500-foot rule will be proposed, as it is contingent on when feedback is received from other members of the council.

Local developer and resident Hany Ahmed spoke out against a resolution that awards a professional service contract to CBRE Inc. for hotel and industry consulting services for his property at 1300 Jefferson St. The property is also known as block 112.
Block 112 is in the Northwest Redevelopment area of town, where a hotel is designated as a permitted use. 1300 Jefferson St., right next to the 14th street Viaduct, is being developed as a hotel by Ahmed and his partner Mark Villamar.
In August Ahmed amended the original plans to increase the height of the hotel by 62 feet. The building is already zoned for 126 feet according to Ahmed.
“That’s about 14 stories total,” said Ahmed.
“62 feet is the median height of the viaduct.” said Ahmed.
He said he wanted to increase the height of the hotel but not the number of rooms buy putting a bowling alley on the ground level.
As a result, the city is hoping to have a consultant consider the additional height as well as what type of hotel best suits the area.
“Having a larger percentage of rooms which overlook the area beneath the Viaduct is a much harder sell,” said Ahmed. “We don’t have the waterfront views or easy access to public transportation that the W or proposed post office location have.”
Ahmed said he feared the consultant would delay the development further. It was approved back in 2015.
“If I had known this request could cause further delay I wouldn’t have applied for a variance,” he said. “The time for consultants comes later after we have already found a perspective tenant.”
“It’s like asking you which movie you want to see Friday night before first figuring out if you are available to see a movie on Friday,” he explained in a phone interview.
“It is no different then the discussion we had around the post office site,” said Councilwoman Tiffanie Fisher. “It will give us the tools on our side to have a dialogue with you and to ensure it’s a successful part of our community.”
Councilman David Mello said people can often be hyper sensitive and “hyper focused” on height overlooking other issues such as density or bulk or architectural design.
Fisher said she believes the hotel consultant would expedite the process by helping the city determine what type of hotel should occupy the space.
Councilman Ruben Ramos said “a consultant designed Observer Highway and said changing the traffic from two lanes to one was okay… consultants make mistakes. Sometimes common sense rules the day.”
David Mello suggested changing the contract from one year to six months to show the developer the council wants expediency.
The resolution awarding $25,000 to a hotel consultant for a contract of six months was passed with a majority vote with Russo, Ramos, and DeFusco in dissent.
Marilyn Baer can be reached at marilynb@hudsonreporter.com.