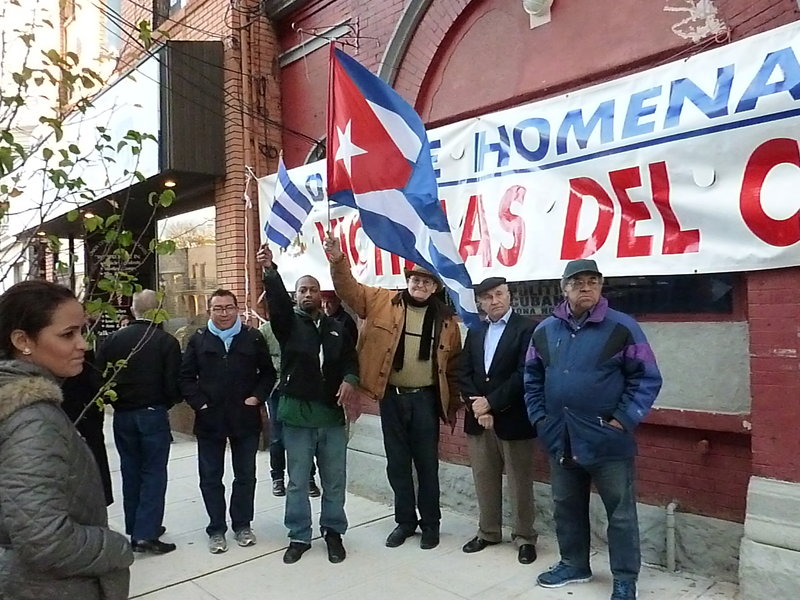 HUDSON COUNTY – Although many members of the Cuban community in North Hudson celebrated the death of Cuban dictator Fidel Castro this weekend, local officials took the time to call for increased restrictions against the current Cuban leadership.
Castro died on Nov. 25 at the age of 90.
“Fidel Castro defiled democracy, oppressed innocent people, and imprisoned a nation with his totalitarian tactics,” said local Rep. Albio Sires. “His passing needs to serve as a new dawn for the Cuban people who are yearning for freedom. The international community should seize this moment and insist that the Cuban people deserve more. We must insist that all political prisoners are freed and that basic human rights are respected. The Cuban people deserve to live in a society where they have the freedom to access information, to organize, to worship, and to speak what is on their mind without fear of being thrown into the gulags.”
Sires left with his parents from Cuba when he was 11 years ago, in order to escape Castro’s communism.
“It is time to honor the sacrifices made by them and the countless families who continue fighting tirelessly to shed light on an island that has been shrouded in darkness for far too long.”
Speaking at the headquarters of the Union of Ex-Political Prisoners of Cuba, U.S. Sen. Robert Melendez, who grew up in Union City, said while Castro’s death marks a moment in history, it does not spell the end of repression in Cuba.
He said Castro’s brother, Raul Castro – as head of the military – has more blood on his hands than Fidel.
He said people have been tortured, jailed and murdered and that the lifting of restrictions by President Barack Obama two years ago made things worse, leading to increased repression not, less.
“There is still a Castro reigning with an iron fist,” he said. “Time has numbed us and weakened our resolve,” he said.
The number of people fleeing Cuba today has not been seen since 1994, and the United States needs to “recalibrate” its policy towards Castro rather than condon what is going on. He said the U.S. must insist on free press, open and fair elections and access in Cuba to UN human rights inspectors.
Hudson County contains the largest Cuban-American population outside of Miami/Dade, mostly contained in the West New York/Union City area.