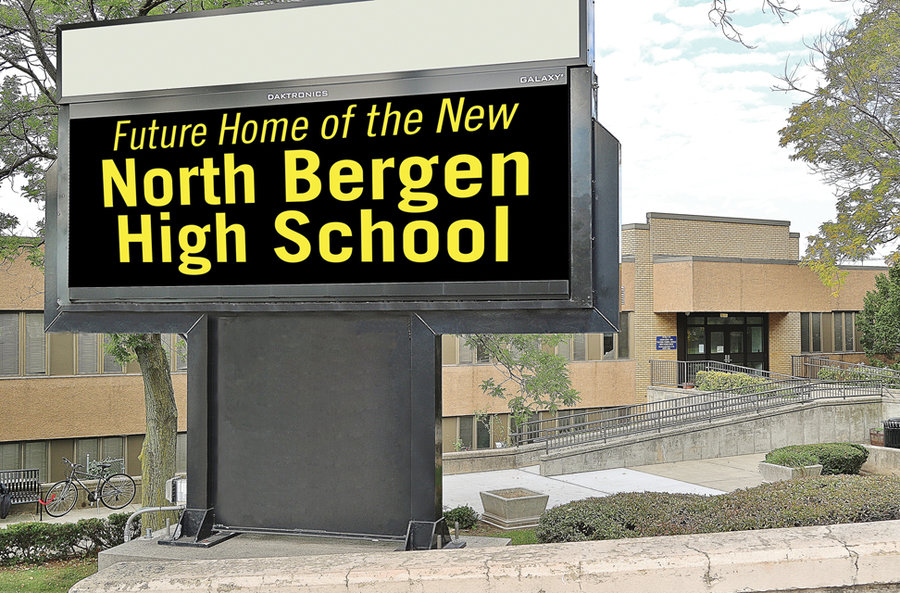 To the Editor:
Mayor Nicholas Sacco’s announcement last Monday that a new North Bergen High School is on the way may just be the most important date in the township’s long and storied history.
In one dramatic news conference, Mayor Sacco proved once again why he is one of the most successful and influential mayors New Jersey has ever seen.
Years ago, the New Jersey Supreme Court mandated that state taxpayers should finance building new schools in 20 or so of the state’s poorest cities (to be called Abbott districts). Like many middle class towns, North Bergen wasn’t on that list. So our mayor, also a career educator himself, watched as literally hundreds of millions of state tax dollars were spent building great new schools in towns like West New York and Union City, while at the same time North Bergen schools grew more outdated and overcrowded. Local officials did all they could by acquiring old private schools and building annexes to existing schools, but the situation at our high school seemed like an unsolvable problem as the student population grew to 2,400 in a building meant to serve 1,800.
Something had to be done. Something that wouldn’t bankrupt homeowners with huge property tax increases to pay for a school that could easily cost $200 million.
Mayor Sacco has always been proud of North Bergen’s reputation as a town with one of the most stable property tax rates in the entire state. So he waited for an opportunity to do what seemed impossible – provide a new high school without massive tax hikes.
The first step was supporting the construction of a new county High Tech High School to be built in Secaucus. He immediately realized the possibility that the current campus on Tonnelle Avenue could become the next North Bergen High School. That’s exactly what is happening now. The current high school will become a middle school for Grades 7, 8 and 9 and more classroom space will be created at every elementary school. All this will become a reality by the 2019 school year.
All of the financial details are yet to be finalized, but there is a clear path and anyone who knows Nick Sacco can take this one to the bank. It’s going to happen.
The new North Bergen High School will be air conditioned, with ample parking, with a comfortable modern layout, with impressive new science labs and technology, and a top notch culinary facility. Taking a brief tour, one current NBHS student said in amazement, “this is the SMALL science lab?” Yes, it’s the smallest of three.
Under Mayor Sacco’s leadership, North Bergen schools have always been excellent. Thanks to great teachers and parents who care, local students have achieved great things despite the problem of overcrowding. Now, that issue will fade into the past as Mayor Nick Sacco’s greatest achievement – a new North Bergen High School – becomes a reality for our community.