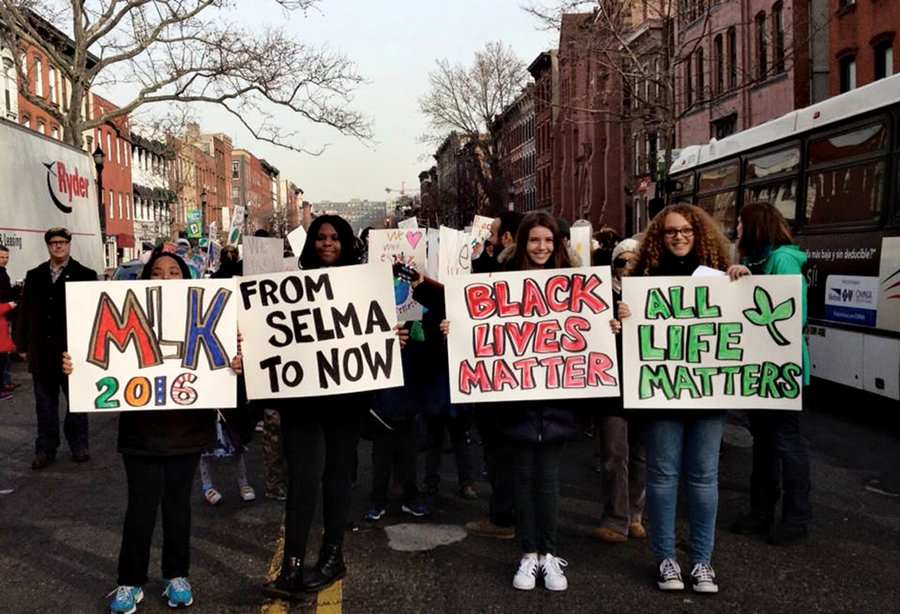 Is battle looming over seat on North Hudson Sewerage Authority?

Only in an immensely political county could people fight over a seat on the sewerage authority. But it looks like that may happen at next week’s Hoboken City Council meeting.
Sources say that the seat long held by Hoboken developer and former Board of Education president Frank “Pupie” Raia on the North Hudson Sewerage Authority board is up for appointment this February. Raia, who is wealthy and often gets involved in political campaigns, has friends and foes in all political camps, so those who want to pry him out of the seat may have other ideas.
One Hoboken resident made his interest in the seat known with a press announcement on Tuesday afternoon.
Former freeholder candidate Kurt Gardiner emailed a release that read, “I have submitted my application for the North Hudson Sewerage Authority as a Commissioner for a vacancy on the board that comes up next month. For over 10 years I have been active in Hoboken political and civic affairs. I have served as a member on People For a Open Government in support of pay to play reform, Hoboken Revolt a tax watchdog group, ran a good government pro reform website called the Hoboken Journal actively until 2011 on local issues and participated in numerous public meetings including Sewerage Board, City Council, School Board, Hospital Authority and many others over the years…” (To see the rest of the announcement, go to the breaking news items from earlier this week at the top of hudsonreporter.com).
Gardiner lost his freeholder bid in 2011 to Anthony Romano. Mayor Dawn Zimmer declined to make an endorsement in that election.
While the seats used to come with medical benefits, they no longer do. North Hudson Sewerage Authority Commissioner Tony Soares said nobody appointed to the authority after 2010 receives medical benefits.
The North Hudson Sewerage Authority is headquartered in Hoboken and also serves Weehawken and West New York.

A 41 year-old Bloomfield man was arrested on Thursday, Jan. 14 for allegedly assaulting a woman in Hoboken, a press release from the Hoboken Police Department said.
Alexander Demetroudis, who police said was also wanted for a parole violation, was arrested in the area of Fourth and Court Streets and charged with hindering apprehension, robbery (which includes the assault) and violation of his parole.
Detectives Michael Miranda and John Quinones were at the scene, as well as police officers Michael Straten and Nathaniel Arocho.
The officers were dispatched to the area of Court Street on a reported assault and upon arrival saw a man allegedly holding down another man, the press release said.
According to the release, upon further investigation, it was determined that Demetroudis had followed a woman, [allegedly] grabbed her from behind, and violently thrown her to the ground while telling her, “I’m going to take your money!”
“The victim’s boyfriend heard all the commotion and observed [Demetroudis] allegedly on top of her assaulting her,” the press release said. The boyfriend “then immediately assisted her until police arrived.”
In addition to the discovery that he had violated parole, police officials said Demetroudis allegedly gave officers wrong personal information as to his identity. He was handed over to the US Marshall for his parole violation and given a $20,000 bail for the charges.

Since Friday, Jan. 8, some residents on First Street were concerned over what they believed to be an injured hawk.
“I know it was there since last Friday on a low branch, no more than six feet off the ground,” said Chad, who works in Hoboken. “He’s a bird the size of a middle-sized dog but hasn’t moved. Not even when people move pretty close to it. We’re getting worried with the cold weather.”
According to residents in the area, the hawk was on a fire escape directly across the street from 5 Marine View Plaza and appeared to have a broken wing. A number of groups were contacted to help the bird, which was believed to stand over two feet tall.
Kim Saunders, director of operations for The Liberty Humane Society (LHS), which has a contract with Hoboken to deal with animal control issues, told The Hoboken Reporter this past Wednesday, “We’ve been monitoring the situation since yesterday.”
Saunders said that it was determined that the hawk could indeed fly and the LHS was working with a wildlife rehabilitator to wait until it is safe and appropriate to capture it if necessary as of Thursday. LHS said that on Friday the hawk had left the area and they remained in contact with residents in case it returned. “We remain available to assist this beautiful winged Hoboken resident should that become necessary,” an LHS official said.

Man attempts to flee scene allegedly in possession of heroin

Jonathan Rodriguez, 27 of Hoboken, was arrested on Tuesday, Jan. 12 and charged with possession of drugs and obstruction of the law, a Hoboken Police Department press release said.
Officers Damien Bates, Anthony Russo, and Anthony Hochstatder responded to 311 Harrison St. around 5:30 p.m. on a report of someone selling drugs in the building, the press release said.
“Officers arrived and noticed defendant inside the lobby area,” the press release said. “[Rodriguez] noticed the officers and immediately [allegedly] walked away ignoring the officer’s orders to stop.”
According to police officials, Rodriguez attempted to discard a cigarette box containing six wax paper bags “commonly associated” with packing heroin. Rodriguez later admitted to owning the box, police officials said in the press release.
He was given a summons with a court date to appear.

Four Hudson County municipalities that make up the 33rd Legislative District in New Jersey have a new representative in Trenton with the swearing in of Annette Chaparro on Jan. 12.
Chaparro, who is engaged to Hoboken Police Chief Kenneth Ferrante, took the oath of office during a ceremony at the War Memorial in Trenton. She is among ten first-term Democrats to take their oaths at the start of the 217th Legislature.
“I am excited to begin my first term in the Assembly,” said Chaparro in a statement. “I look forward to working with my colleagues on both sides of the aisle for the people of Hudson County and all of New Jersey on any issue that improves our quality of life in this state.”
Chaparro, who currently works for the City Clerk’s office, will replace outgoing Assemblyman Carmelo Garcia and join fellow Democrat Raj Mukherji. She said she will continue working for the clerk at City Hall.
Mukherji and Chaparro handily beat their opponents, Garret P. Simulcik Jr. and Javier Sosa, in last November’s elections.
Chaparro’s resume is extensive. She has served as division head for Hoboken Taxi and Livery & Constitution Services, board secretary for the Hoboken Planning and Zoning Boards and on the Rent Control Board. Chaparro also has close ties with politicos – having worked on the campaigns of former Hoboken Mayor David Roberts, U.S. Sen. Robert Menendez, and former governor John Corzine.
She has three sons: John, Nick, and Seth.
The 33rd District covers Hoboken, Jersey City, Union City, and Weehawken.

Hoboken Catholic Academy will host its second poker/blackjack tournament fundraiser on Friday, Jan. 29.
Doors open at 6:30 p.m. in the school gym at 555 7th St., Hoboken.
“Come play some cards, have dinner, and enjoy a drink with friends or family,” said a fundraiser spokesperson.

A stylist is on her way to Hoboken with a question: Do you spend too much time and energy deciding what to wear? Betsy Ames, a personal stylist, self-proclaimed “closet curator” and author of the Mindful Style blog, will be at the Hudson School on Thursday, Jan. 21 to host a presentation.
The theme of the event, which suggests a $10 donation upon entry, is “Clear your Closet, Clear your Mind.”
The school’s theatre space will also host an afternoon of jazz concert on Sunday, Jan. 31 at 3 p.m. featuring award winning pianist, actress, writer and recording artist Pamela Ross.
The event, which will have music by Paul Schoenfield, Astor Piazzolla, Gershwin, and Beethoven, is free to attend.
The Hudson School is located at 601 Park Ave. To learn more visit www.thehudsonschool.org.

Rick Moody, a writer and former Hoboken resident, will host a reading and signing of his new book, Hotels of North America, at Little City Books on Saturday, Jan. 30.
Proof of Moody’s affinity for the Mile Square City lies in his first novel, Garden State, set in the 1980s. Moody has also partnered on writing songs with Dave Schramm of Hoboken band “Yo La Tengo.”
The event will start at 8 p.m. and the bookstore is located at 100 Bloomfield St.

The Issyra Gallery will host the “It’s not me…It’s art” show from Friday. Jan. 15 to Friday, Feb. 12 featuring artwork by Laura Borys, Issa Sow and John McGall.
The African art gallery hosts live musicians every Friday and Saturday starting at 9 p.m. The gallery is located in the Nuemann Leathers Building at 300 Observer Highway. For information visit www.hobokenafricanartgallery.com or call 917-922-2690.