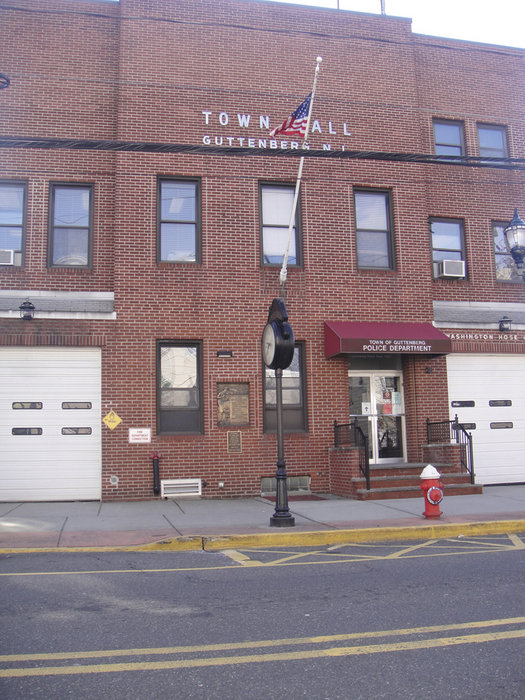 Surplus town vehicles and equipment will be auctioned off on Tuesday, March 12 at 11 a.m. at Guttenberg Town Hall, 6808 Park Ave. on the second floor Council Chambers.
“We probably do [auctions] every 18 months,” said Mayor Gerald Drasheff. “As a municipality, when we have equipment that we no longer can use or it’s not serviceable anymore you have to dispose of it subject to certain procedures. And one of the procedures is to designate it as surplus equipment, you have to offer it out for sale, and that’s basically what we’re doing.”

The vehicles for sale are a black 2000 Ford Crown Victoria 4-door sedan with 46,953 miles, and a white 2006 Ford Crown Victoria 4 door sedan with 55,378 miles, both with minimum bids starting at $1,500.
The Department of Public Works vehicles up for sale are: a white 2001 Dodge Ram pickup 4300 with a V8 engine, an 8-foot Meyer snowplow and electric salter starting at $1,500 (it has 45,359 miles); a yellow Tennant sweeper ATLV 4300, and a white Tennant sweeper ATLV 4300, both with diesel motors not in running condition but with good parts.
According to a resolution passed during the Feb. 25 meeting, payments for the vehicles will only be accepted in cash or certified checks for the full purchase price. There are several other requirements.