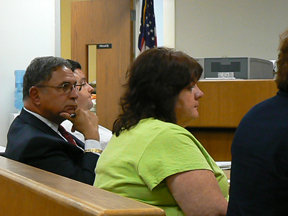 A for-profit corporation is one step closer to buying Meadowlands Hospital Medical Center in Secaucus.
The sale of the 230-bed facility has been pending since January, when it was announced that LibertyHealth, Meadowlands’ current owner, had accepted an offer from MHA, LLC to buy the hospital. Details of the sale have never been released, but one source close to the hospital’s board of directors has said that MHA will pay about $16 million.
When the deal was made public, MHA had expected the sale – which must be approved by various state agencies – to be completed by summer. But as the state review process dragged on, MHA lobbied and applied pressure to expedite the process.
Last month MHA’s lead principal William Vazquez met with members of the Secaucus Town Council to enlist the governing body’s support for the sale.
In response, the council passed a resolution supporting the sale of Meadowlands Hospital to MHA and called on state agencies to approve the move as quickly as possible.

The agency’s questions regarding the sale have been satisfied.
________

The pressure tactic appears to have had an effect. By state law, a hospital’s license cannot be transferred from one owner to another without a “Certificate of Need” review by the New Jersey Dept. of Health and Senior Services. MHA filed its Certificate of Need application with the Dept. of Health on Feb. 1.
After months of review, the department stated in a letter to MHA dated Aug. 5 that the company’s application is complete and all of the agency’s questions regarding the sale have been satisfied. While the department has yet to formally approve the sale, the completion of this review process is a major step in the sale process and the deal could be approved before the end of the year.
The Office of the State Attorney General is also reviewing the sale. One of the issues the AG’s office is examining is whether MHA is paying fair market value to purchase Meadowlands Hospital.
Many of the hospital’s 500-plus employees, meanwhile, say they want state agencies to impose conditions on the sale that protect current workers and union contracts.

The likely sale of Meadowlands from a nonprofit entity to a for-profit company has been a cause of concern for some employees and other members of the community. Last month, Vazquez admitted that the state is scrutinizing the deal because MHA, a Newark-based group of investors, is a corporation.
“I think what we’re seeing is the state exercising prudence with regard to a nonprofit asset being moved out of the nonprofit world and into a for-profit company,” Vazquez told the Town Council last month.
MHA has pledged that the hospital will remain an acute care facility, and will not be converted to another type medical facility. And last month, Vazquez pledged to rehire most of hospital’s overall workforce, although it’s unclear how many unionized employees will be rehired.
But the Health Professionals and Allied Employees (HPAE), a union that represents nurses and other hospital workers, wants more than a pledge.
For months, the union has called on MHA executives to offer details on how many of the current employees – about 200 of whom live in Secaucus – will be retained once the sale is complete. Vazquez and an MHA spokesman have said the company is not ready to offer such details yet.
HPAE is now calling on the state Department of Health to make retention of all current employees and recognition of the union a condition of the hospital sale. Similar conditions have been imposed on other hospital sales in the past, said HPAE spokesperson Jeanne Otersen.
“The union has never opposed the sale,” she added. “We have always wanted conditions placed on it. There are still opportunities for that to happen.”
MHA spokesman William Maer did not respond to an e-mail seeking comment.

The next step in the process will be a public hearing before the State Health Planning Board. This hearing will be the community’s only opportunity to offer its opinion of the sale.
The hearing has been scheduled for Thursday, Aug. 26 at Secaucus High School from 6 to 8 p.m. The high school is located at 11 Millridge Road.
After the public hearing, the seven-member State Health Planning Board will take a vote and make a recommendation to Poonam Alaigh, the state health commissioner, who was appointed by Gov. Chris Christie in January.
“Once the planning board votes on a formal recommendation to the commissioner, the commissioner has 120 days to either approve the transfer of the license to the new owner or not,” said agency spokesperson Donna Leussner last week.
E-mail E. Assata Wright at awright@hudsonreporter.com.