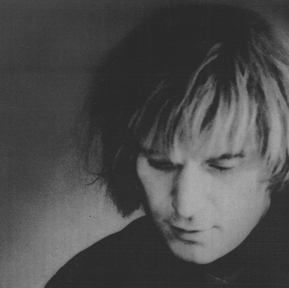 The creator of “Hair” talks about the original production, the revival, and living in Hoboken.

I need to apologize in advance if I ask you the same questions you’ve been asked for the last 40 years.
I’ll try to give different answers.

The show seems so relevant to what we’re going through today.
Well, thank you. I almost can’t believe the response, that people are so enthusiastic.

People know that Sinatra was born in Hoboken. But they might not know that you and Gerome Ragni conceived “Hair” here too.
Well, I believe we may have had the idea before we moved here.

How did you choose Hoboken?
It was a matter of seeing a very appealing ad in the Village Voice. The rent was $75 a month, and we were pretty poor at the time.

But Hoboken was very different back then.
Indeed it was. It was a different color. Very gray.

“Hair” begins with Berger declaring that he’d come to New York City from Hoboken.
Yes … it remains the classic point of origin. It was a gritty atmosphere.

Did living here influence the work?
Well, certainly traveling by those magnificent ferry boats that they had crossing the Hudson River, that influenced us. To describe that moment of crossing the river, that is actually in the text, in Berger’s opening monologue.

It’s a great metaphor.
He says, “I came over via Hoboken, there in the middle of the Hudson River, through the industrial haze, I saw Donna.” He thinks he sees his girlfriend standing in the water, he’s so stoned … By the way, when we wrote this, we’d never tried marijuana even. We wrote about the influence, but it was not written under the influence.

Did you have any idea that “Hair” would have such an enormous impact?
We didn’t. We did have the desire to make something wonderful and spectacular for the moment. We thought we’d stumbled on a great idea, and something that potentially could be a hit on Broadway, never thinking of the distant future.

A concept or a rock musical was revolutionary in those Lerner and Loewe days. We’d have had no “Rent” or “Spring Awakening” or even “Rock of Ages.”
(laughs) We were very aware of creating a new form for the musical.

I think it was Chekhov who said, “It’s not a matter of new forms or old forms at all, just that it comes straight from the heart.”
That’s fabulous. It must be from “The Seagull” … the young avant-garde writer talking. And Gerry happened to be studying that play at the time. He referred me to it, the wonderful speech about writers finding new forms. It was the time of experimental theater; we were part of the Open Theater. The quest was on to express theater in a new style.

It’s ironic that the Tony award that year (1969) went to “1776,” which is about as traditional a book musical as you can find.
About the Revolution. We were about a revolution too. And we were revolutionaries.

You may have set out to reflect what was going on in the world, but “Hair” became a catalyst for change.
Yes, political change.

There were free speech lawsuits, protests, the impact became so much more than just the theatrical.
It was based on what was happening in the streets, and with the people. People who were protesting and marching and becoming these other creatures called hippies.

Some objected to the nude scene, or what they perceived to be the desecration of the flag. What was really the most subversive thing about “Hair?”
The number of songs in it? (laughs) I don’t know. I think the theatrical form disturbed a lot of people. It was a challenge to the status quo. We were being self critical, we were talking about America, analyzing what was going wrong and what was bad about it, and ourselves as part of it, and presenting an alternative lifestyle that was subverting the status quo.

Theses have been written about themes of pacifism, free love, racism, patriotism in “Hair.” Which is the most relevant today?
In the scenes involving the black people, we wrote the way we as white people looked at their culture. Even in reenacting the stereotypes of blacks, when I see them performed today it seems they’re not that far off in making a statement. But let me say one thing, we were trying to put a slant of humor on the scene, because it was a joyous, funny scene; the hippie atmosphere.

It’s still funny and what a stellar cast.
Oh my, yes. The original people were wonderful in their own way. But these young people, who are professionally trained, they bring all their talents to it, and their humanness to it. They throw themselves into it. I see them as part of the continuum of “Hair.”

It’s as if they are discovering the ideals in the play for the first time.
Yes, I know exactly what you’re talking about. I just read those bios recently, and I was amazed by them. I thought they were profound and real.

A 22-year-old today has grown up knowing a government that covered up what was going on in Iraq and Afghanistan. Then they read about what happened with Vietnam.
They had a lot of material to study and would ask questions of us. They came out of that research with such passion. You can see it in their performances, even more so than the originals. They’ve trained as actors, they live to find extreme moments of emotion on stage. “Hair” provides that for them. The original people, they were immersed in the time. But these young people, they go full tilt.

Have we realized any of the ideals of the ‘60s?
I think that the information has been spread, yes, that it permeates. There is much more freedom on so many levels. The liberation movement has been beneficial to humankind. It’s painful for some people, but it’s moving us forward. There are monumental problems still: the environment, overpopulation, and obviously war is underlying everything, in the play and in our times. The draft may be gone but the war is still going on.

If you and Gerome Ragni were 25 today and living in Hudson County, could you write another “Hair?”
I think there’s a “Hair” for today, but it would involve the Internet and advanced technology. So much of our modern street culture reflects what was going on then, and that spirit of freedom is alive and well … There is a show I’m working on now called “American Soldier: The White Haunted House.” It takes place in the here and now.

I’ll be first to buy a ticket.
Thank you. I hope that happens.