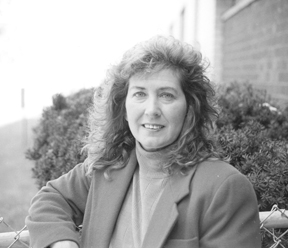 A funeral mass was offered Tuesday at Our Lady of Grace R.C. Church for former 3rd Ward Councilwoman Rosanne E. Andreula, 61. A lifelong Hoboken resident, she passed away on Saturday, March 28 at her home.
Born in Jersey City, she lived in Hoboken her whole life.
Mayor David Roberts, who served on the City Council with Andreula, praised her compassion and interest in people.
“Rosanne was a very kind and caring person,” he said. “In her time on the Hoboken City Council, she was a very effective leader and representative of her ward. She was always sincere and very willing to help people that were left out. She made sure everyone was represented, and cared about people who were in most need of attention.”
He added, “She served with a very large heart. We’ll miss her very much.”
In July 1993, she was appointed to Councilman Anthony Russo’s vacant City Council seat when he became mayor. In a special election that November, she was elected to serve out the remaining two years of Russo’s term. She ran successfully for two more terms, serving until June 2003. During her council tenure, she was instrumental in working toward the revitalization of Hoboken.
“Rosanne was an outstanding woman,” 3rd Ward Councilman Michael Russo said. “I grew up with her children. There’s not enough nice things to say about her. It’s a sad day. She served this community very well.”
After leaving elected office, she worked as a part time clerk in the city office of Constituent Services from September 2005 until her passing.
For 26 years, she had worked as the office manager for Dr. Robert Costomiris of Hoboken.
“I knew her in high school,” Costomiris said last week. “We were friendly.” He remembered her as “Wonderful, honest, trustworthy. One of those people you truly could not say a bad thing about.”
She worked for him until last November, when her illness became too challenging to continue.
“The office was Rosanne,” he said. “I was just on the sidelines. She really made it go. She never complained at all during her illness. It’s really a tragedy.”
Surviving are her daughter Jessica Andreula, her son Jason Andreula and his wife Claudia; two sisters, Sally Arnone and her husband Yontis; Eileen Ruiz and her husband Fred; her brothers-in-law, Joseph and Vincent Andreula; her cousin Cathy Zanetich and her husband Daniel, and her two nephews Anthony and Damien Arnone. She is also survived by many nieces and nephews. She was married to the late Frank Andreula, a longtime teacher at Hoboken High School.
Services were arranged by the Failla Memorial Home, Hoboken.