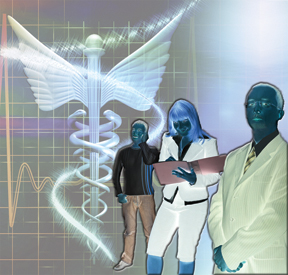 An extensive investigation into several current and former city employees who were incorrectly receiving city health benefits has turned up some interesting names and little explanation from the administration.

State-appointed fiscal monitor Judy Tripodi confirmed the names of five individuals – including two former members of the City Council – who were sent letters by the city in October and November stating they would be removed from municipal benefits because they are no longer qualified. The city gave the individuals 30 days to object, and none did.
Both Tripodi and Mayor David Roberts blamed the situation on “oversight,” and Roberts said this sort of thing happens in every city. “One division didn’t know what the other division was doing,” he said. “I don’t want to minimize this. This and every issue will be taken seriously and handled accordingly.”
Last week, Tripodi said the city will implement periodic reviews of those insured by the city to avoid another situation like this in the future. She said that she would not investigate the matter to see who was at fault and why.
“I don’t do investigations,” she said two weeks ago.
City Attorney Steven Kleinman, along with Roberts, said the city will not undertake an investigation.
Roberts would not say whether the city had similar periodic reviews of benefits before Tripodi was appointed to monitor the city’s finances this year, but Kleinman said it was the first “comprehensive” review since he joined the city workforce in early 2007.

Two former council members were on the list of unqualified health care recipients. They both left their positions before 2002 and were removed from the benefit rolls, but were somehow put back on, the city confirmed.
One of them was E. Norman Wilson, a former City Council president who serves on the Hoboken Hospital Authority board. Wilson did not return phone calls for this article.
Wilson was a councilman from 1979 to 1995. Wilson’s service to the city left him less than a year shy of qualifying for benefits from the city.
Two weeks ago, Roberts said Wilson was added onto the benefits roll during his administration, but was intended to be on a “limited” benefits package.
However, a city spokesperson said last week that no “limited” plan exists.
Wilson also had been director of HOPES, a local non-profit anti-poverty organization, for 30 years. He was appointed by the City Council in 2006 to the new Hoboken Hospital Authority board after being recommended by Roberts. Wilson was an inaugural member of the board, although he did not join immediately because of health issues. His term ends June 30, 2011.
Roberts denied claims that the inclusion of Wilson in the benefits package was a political favor, but did acknowledge that he and Wilson are close. Roberts and Wilson sat on the City Council together for roughly 10 years.
Roberts said, “Norman is a dear friend of mine,” but added that he never spoke to Wilson about benefits before or after the mistake was caught.
The other former councilperson receiving benefits was Roseanne Andreula. She sat on the council from 1993 to 2001. She is still employed at City Hall, but as a part-time employee according to the city, and is not entitled to benefits. During her time on the council, she was a close ally of former Mayor Anthony Russo, but broke with Russo toward the end.
The city did not make Andreula available for comment.

According to Tripodi, three other individuals besides the two council people were found to be incorrectly receiving benefits, and a fourth is under review.
Tripodi confirmed the names of the individuals, but had little explanation as to why they were on the benefits roll. “Oversight,” she said, was the only explanation.
Roberts said, “Each has their own story.”
Kleinman said the city would not discuss the specifics of each individual’s circumstances.

According to city records obtained by the Reporter, at least one other individual who is no longer employed by the city is still receiving health benefits.
A former police officer who resigned amid an internal affairs investigation several years ago was still listed on the benefits roll as of Jan. 1, 2009.
The individual, according to Lt. Tim McCourt of Hoboken’s Internal Affairs division, has not been on the force since the beginning of 2007.
City officials said they could not address the circumstances of the individual, as it is a personnel matter. Some sources said the individual was entitled to benefits per a settlement package, but other sources very close to the matter disputed the claim.

The Reporter has filed requests for additional records pertaining to the incorrect benefits.

Tripodi said the “oversight” cost the city as much as $24,000 per person per year. The city said it could not say for how long the individuals have been incorrectly receiving benefits.
A local insurance specialist explained that the cost of health insurance to the city is based on usage every year. Therefore, if the five to seven people were covered over a period of years and made extensive use of their benefits, the cost to the city may be much more. Thus, he said, it would be difficult to determine.
Of the five people who were found to be unqualified for coverage, one is disabled with serious health concerns, and two others have or have had cancer, according to sources.

Even if the city was found to be in violation of administrative rules governing health benefits, Kleinman said it is not a criminal matter.
City rules prohibit doling out benefits to those who are unqualified for them, but state or federal laws do not, Kleinman said.
“What the city has appeared to determine is a deviation from the city’s internal policies,” he said, “To make it out to be more than that would be grossly inappropriate and unfair.”
If an employee was found to be in violation of the city administrative code for knowingly putting an unqualified employee on benefits, the city director overseeing the individual – in conjunction with the Law Department – could file administrative charges and seek to hold the employee accountable.
If the employee at fault was a director, Kleinman said, only the mayor would be authorized to file the charge. If the mayor was at fault, there is no recourse, Kleinman said. He said that to his knowledge, there is no mechanism to hold the mayor accountable of an administrative code breach. The same can be said for City Council members, Kleinman explained, as all of them are elected officials.
According to a source, some municipalities insert an impeachment ordinance into the city code to handle any such situation, but Hoboken has no such ordinance.

The Reporter investigation spurred a response from Kleinman late on Thursday.
“After learning additional details of this matter, including from the Hoboken Reporter, it seems the city’s procedures for ensuring that all employees met all of the requirements for receiving health benefits were insufficient,” he stated. “As a result of this, a very small number of the city’s several hundred employees received such benefits though they were not technically eligible to do so under the city’s administrative requirements. These individuals will no longer be on the benefit plan unless and until they re-qualify under all of the city’s rules and regulations.”
He said from now on, the city plans to require all benefits to be “approved in writing by multiple authorities.”
“The problems that occurred, though unfortunate, appear to have been precipitated by administrative misunderstandings as to the city’s eligibility requirements and/or changes in employee status that were not properly recorded,” he said. “Employee privacy rights dictate that the city cannot discuss additional details, but this matter is being resolved appropriately.”

Councilman Michael Russo raised the issue of these benefits at a Dec. 3 council meeting. Russo erroneously claimed 90 unqualified people may have been receiving the benefits, but he admittedly was dealing with raw data that had not been evaluated.
The council had been asking for a report from the administration on how the situation was discovered and handled before Russo made his claim, but no information was forthcoming. No one from the administration was able to confirm that such a report existed last week.
“We put it right in the hands of the fiscal monitor and the Law Department,” Russo said. “Everybody needs to be held accountable. You can’t just say, ‘Oh, it was a mistake,’ and push it under the rug.’ ”
Councilwoman Beth Mason said she was seeking information about city health care rolls prior to that, but was met with resistance from the administration.

Why is this important?

Last year’s $97 million city budget, when passed very late in the fiscal year, was overexpended by $10 million – a move that ultimately set in motion the state takeover of Hoboken’s finances. The fact that the budget was underfunded was revealed when the city received notice from its health care provider that benefits may be temporarily lost if the city did not settle three to four months of unpaid bills.
The situation brought to light the fact that the city was millions of dollars behind on health care payments. If these individuals were receiving benefits for a prolonged amount of time – possibly years – health care costs to the city may have irregularly increased as a result.