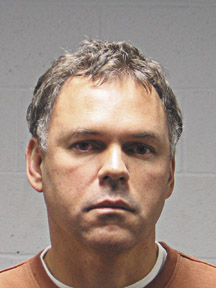 A former North Bergen Little League president who was also training to be a housing inspector in the township has been charged with a carjacking and with two sex crimes in separate North Jersey towns.
Julian Cosma, 48, of Moonachie was arrested by Lyndhurst Police on Dec. 27 after a Weehawken woman said that he allegedly stole a car on Thanksgiving that was parked in Lyndhurst with her still inside of it. She eventually escaped and called the authorities.
With the help of a composite sketch, Garfield Police were also able to file charges against Cosma related to an incident in December in which he allegedly sexually assaulted a woman exiting her car.
Cosma has also been charged in a similar incident in West New York.
At the time he was arrested, Cosma was employed as a part-time housing inspector trainee, according to North Bergen Spokesperson Paul Swibinski. Swibinski said that he was state certified, but had not become a regular inspector.
Since his arrest, Cosma was suspended without pay, said Swibinski.
According to Swibinski, Cosma was the North Bergen Little League president for a number of years before he was asked to resign in August of last year due to personal problems.
Swibinski said that the issues were not related to the types of matters he is being accused of now, but that there were “apparently some problems.”
He said that while the Little League receives township funding and uses municipal facilities, they are an independent organization with their own board. Cosma was an unpaid volunteer.

According to Lyndhurst Police, at approximately 3:58 a.m. on Thanksgiving, officers responded to a 911 call. The victim, a 38-year-old Weehawken woman, had been in a car driven by her co-worker. The two women had just completed loading their vehicle with newspapers as part of their delivery job, when the owner of the car stepped into her place of employment to complete paperwork.
The Weehawken resident said that a man then entered the vehicle and began to drive the car. When he realized he wasn’t alone, he held a 12-inch kitchen knife to the passenger’s neck.
The victim held onto the suspect’s hand and the knife and tried to calm him down, she said. When he encountered construction and he had to turn the vehicle around, the woman was able to remove the knife from the suspect’s hand and jump out of the car.
Lyndhurst Police made the arrest a month later, on Dec. 27 around 1 a.m., when Cosma was arriving home, said Det. Captain John Valente.
Cosma was charged with first degree carjacking, aggravated assault, possession of a weapon, and possession of a weapon for unlawful purposes.

According to Garfield Det. Thomas LaMantia Jr., on 3:50 a.m. on Dec. 13, Cosma allegedly crashed his car into a woman’s parked car as she was getting out. The victim said that Cosma allegedly tried to convince her to drive with him to the nearest ATM machine so that he could pay for the damages to her car.
The victim told police that the suspect’s mood drastically changed when she attempted to enter her house.
Police said that Cosma allegedly sprayed a chemical agent on the victim’s face, dragged her to the ground in the street, placed himself on top of her, and threatened to kill her and sexually assault her. As he nearby her home made these threats, Cosma allegedly choked the victim and proceeded to spray the chemical agent into her face and mouth.
A resident of the area heard the victim’s screaming, and when he came outside of his home to see what was happening, Cosma allegedly fled in a dark colored SUV, LaMantia said.
Garfield Police charged him with attempted first degree aggravated sexual assault, second degree aggravated assault, possession of a weapon for unlawful purposes, and endangering an injured victim. Bail was set to $750,000.
“A composite was also used here as well in generating probable cause,” said LaMantia.

West New York Police also filed charges against Cosma for an incident that occurred on Dec. 7. According to Police Director Oscar Fernandez, Cosma allegedly rear-ended a victim’s car, impersonated a police officer by using his housing authority badge, and told her she had been driving “erratically.” He then allegedly forced himself into her apartment where he allegedly held her captive for over an hour and a sexual assault took place.
After coming up with a composite sketch, West New York Police, working with Lyndhurst Police, were able to conduct a photo lineup. The victim identified Cosma, Fernandez said.
Cosma was charged with burglary, aggravated assault, aggravated criminal sexual contact, and impersonating a police officer.
Due to the sensitive nature of the crime, no other information is available at this time, Fernandez said.