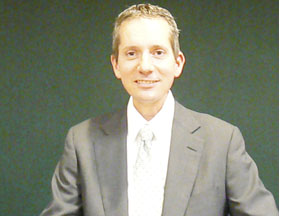 build more low-cost housing than before. The new guidelines increase the percentage of housing units that must be affordable in a development from roughly 11 percent to 20 percent. The state defines affordable housing as units that are sold or rented at below-market-rates to people whose income meets regional guidelines established by COAH.
Statewide, COAH wants to see 115,000 new affordable housing units built by 2018. The agency projects that Secaucus will need 290 units of new affordable housing by that year.
In Secaucus, the plan identifies at least seven sites in town where affordable housing could be built, including 34 Meadowlands Parkway, 46 Meadowlands Parkway, 10 Enterprise Ave., 595 County Ave., 200 and 250 Castle Road, and several lots on Mutillod Lane.
The Enterprise Ave. site is a Hartz-owned warehouse that is currently seeking a business tenant. Damascus Bakery had planned to move there, but has abandoned its plans after local opposition to the move intensified last year.

As part of its plan submitted to COAH, Secaucus did an analysis on areas in town that are most appropriate for housing development. The plan states in part that “land use compatibility is a serious problem in Secaucus because it has been designated for high intensity commercial and industrial uses for many decades… Secaucus is also at the point in history when land inventories are low and more development is occurring as redevelopment.”
The town thus recommended that affordable housing be created as extensions of current residential communities or, when that is not possible, should occur through redevelopment of older properties.
“I think we submitted a pretty good plan and I don’t see why it wouldn’t be certified,” said Town Administrator David Drumeler last week.
Even a critic was impressed.
“Secaucus’ fair share plan isn’t as bad as I expected it to be,” said Kevin Walsh, an attorney with Fair Share Housing a group that has frequently been critical of affordable housing efforts in Secaucus. “We’re proud to be involved in forcing the town to do the right thing, and we’re making progress in this fight.”
He added, “The biggest flaw is that the plan underprojects the amount of affordable housing that will actually be required of the town. The town calculated that it is required to provide 290 units based on past requirements. The town says there will be 253 more units through 2018, but I expect that number will far exceed 1000 units…because the Meadowlands Commission has selected Secaucus as a growth area and will have to transfer other Meadowlands towns’ obligation to Secaucus.”
Drumeler disputes this, however.
“We’re only required to do what COAH’s projections are at the time that they do their projections,” Drumeler said. “Now, much later on, they will come in and reassess those numbers. If the number turns out to be higher, then so be it. But we’re only obligated to build what COAH has projected.”
COAH must now review the plan – along with all the others sent in from other municipalities – and will offer comments. Based on COAH’s comments the town may choose to make some modifications in the plan. Drumeler said there is no specific timeframe for this process.