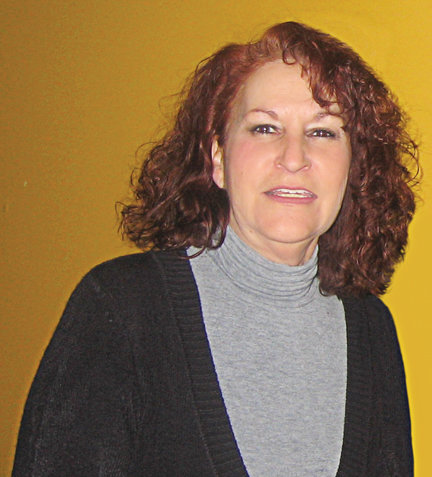 Catherine “Barbara” Dillon (nee Pereira), 71, of Weehawken, a beloved mother, grandmother, wife, and a former longtime senior account executive at the Hudson Reporter, passed away peacefully on Dec. 21 at Hoboken University Medical Center.
Barbara was born in Jersey City and lived most of her life in Weehawken, where she will be sorely missed by many.
Barbara is survived by her husband James A. “Jimmy” Dillon, daughters Debora Vangelakos (Darrin) and Donna Hilton, grandchildren Michael Callagy, Emily, Sophie, and Samantha Chong, and she was predeceased by her granddaughter Amanda Callagy. She is also survived by her brother Gene Pereira.
Before retiring, she worked for the Reporter for more than 25 years.
She started at the paper as a receptionist in the 1980s and soon moved to the sales department, where she showed a flair. She worked in most of the Hudson Reporter’s territories and the Secaucus Outlets when selling ads for the Secaucus Guidebook.
“She knew it better than anyone else,” said Reporter Co-Publisher Dave Unger. “She knew all the personalities there.”
She even discussed the outlets on the radio with WOR host Joan Hamburg.
“She was great,” Unger said. “She was lively and people responded to her.”
“She was a fun employee, very dedicated,” Lucha said. “And she was a great friend. We all miss her.”
At the Reporter’s annual Christmas party, she often joined sportswriter Jim Hague in his annual rendition of “Paradise by the Dashboard Light.”
“We became very good friends over the 20 years we worked together,” Hague said. “She was as loyal and devoted as a co-worker and friend as I’ve ever had, constantly worrying about me. She came to see me when I was in the hospital twice. She was an avid reader of mine and became even moreso when he granddaughters became superstars in Weehawken. We shared in the misery of her granddaughter Amanda’s passing about 10 years ago. It was very hard for Barbara to get through, but we tried to help her through it. She was a fun, happy, loving, caring person who will be very much missed, especially by her close-knit family, but by everyone she touched and worked with.”
“Barbara was a person filled with so much love and could make anyone smile,” said co-worker Toni Anne Calderone. “She was so funny, supportive and genuine. She was one of my dearest friends and I miss her terribly.”
Christine Youngclaus, a former coworker, said, “We were there for each other in good times, bad, and the worst sometimes. She was also like a grandmother to my children. We celebrated many holidays and birthdays together with our families. Barbara lived for her family, her husband , her daughters and grandchildren. In my eyes she was an amazing woman.”
Family, friends, and relatives are invited to attend her Memorial Mass on Saturday Jan. 7 at 9:30 a.m. at St. Lawrence Church, 22 Hackensack Ave., Weehawken.