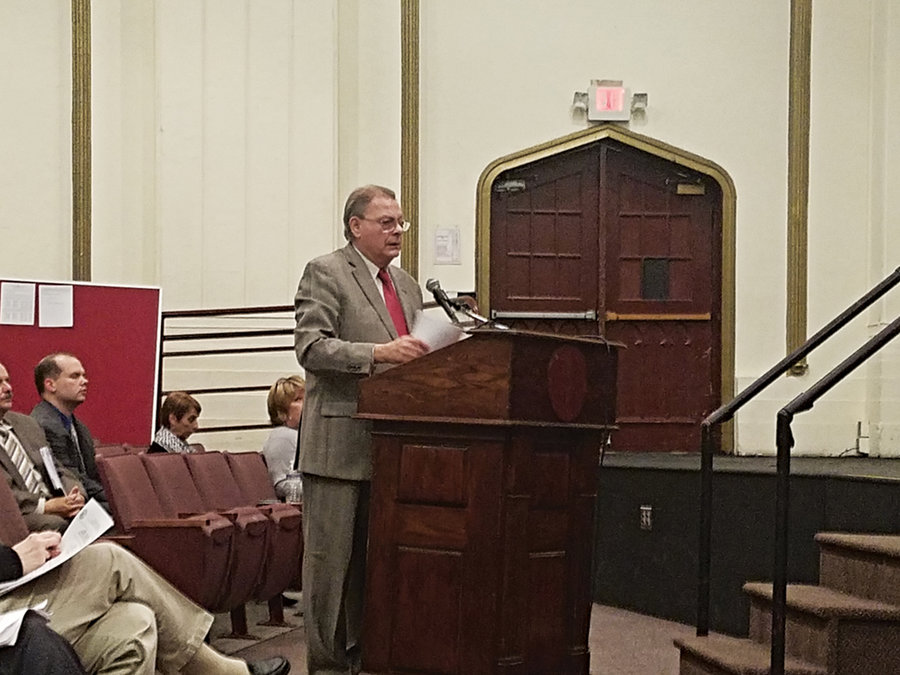 The Bayonne Board of Education (BBOED) held a meeting on Monday, December 19, less than a week after an emergency meeting to address a $2 million budget deficit in the district’s operating budget. At that meeting, the board moved to fill the budget gap with Regular Operating District (ROD) grant funds, but this time, questions arose as to how the district’s financial predicament might impact ongoing contract negotiations between the board and the Bayonne Teachers’ Association (BTA).
In an unusual display of in-meeting negotiation, BTA President Alan D’Angelo asked BBOED attorney, Bob Clark: “Where are we moving forward with the deficit? How will we make up the deficit? On the teachers’ backs, on the secretaries’ backs? Is that how this works?” The board did not seem rushed or panicked. Clark said the board has had several finance committee meetings in recent weeks and is “in the process of putting together a plan.”

Part of that plan puts contract negotiations on the back burner. The four-year contract offered by the board in November has a 2.62 percent increase the first year, 3.35 the second and third, and 3 in the fourth.

“Where are we moving forward with the deficit? How will we make up the deficit? On the teachers’ backs, on the secretaries’ back? Is that how this works?” – Alan D’Angelo
____________

After signing a tentative four-year agreement in November, the board reneged on the last two years, hoping teachers can last until February when the district receives additional funding from the state. That tentative agreement was signed by only two trustees on the negotiating team. To be set in stone, the agreement would need the full board’s approval.
“We informed the BTA that the board was committed to the first two years,” said Clark of the last meeting between the BBOED and BTA. “And the third and fourth years we cannot commit to, and we did not think we will be able to commit until we get the state figures in February of 2017.”
The last teachers’ contract expired in July of 2015. A two-year contract would be applied retroactively, and effectively expire this summer, putting the BTA and the board back at the negotiation table.
“And then we’d be in negotiations forever,” said D’Angelo. “It’s just ongoing.”
D’Angelo asked Clark whether he can project whether the board’s offer for the last two years of the contract might go up or down from their last offer.
“I don’t think we should make any comment until we complete the projection for this year as to where we think we will be, and until we have a plan in place, to determine what we can do, if anything, in spending this year,” Clark said. “So, it would be premature for me to say anything.”

Where the money went

Although a final audit is expected to come from the State Board of Education, the board shone light on some accounting errors. Part of the deficit involves a $2.6 million payment the BBOED made to the city last December for projects completed throughout the district from 1997 through 2004. The other part involves erroneous budget estimations for the last teachers’ contract. “When we settled the last contract, the estimated money put into the budget for a settlement was less than the actual settlement,” Clark said.

D’Angelo called the two-year offer a “terrible deal,” and said that “it’s very little money for most teachers.” Clark countered by asserting that the average teacher salary will be “very competitive” at $73,772 the first year and $76,243 the second.
D’Angelo apparently wants an annual incremental raise of around 4 percent in one of those four years; the board seems to be at odds with the BTA about how the money is distributed on the BTA’s salary guide.
“We said we’d do the same 2.62 in the first year and 3.35 in the second year for the others,” said Clark. “We were not going to have a settlement in the 4 percent range in either year of the agreement.”
“We negotiated for a year and a half, and the union’s position was it was increment plus raise,” said D’Angelo. Clark then asked D’Angelo, “Are you rejecting our proposal?”
“Yes,” D’Angelo said.