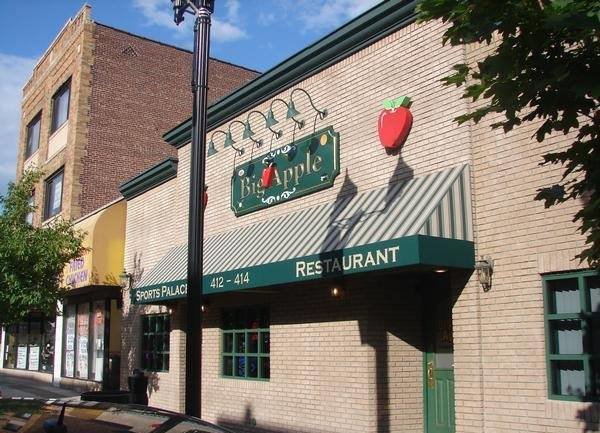 After 40 years, Big Apple closes. Big Apple has been a mainstay sports bar and restaurant in Bayonne since 1976, when Vinny Bottino’s parents opened it. Bottino has been running the bar since 1987 when he and his brother, John, took over from their parents. John has since moved, and Vinny and his wife, Toni, have been running the show ever since. Televisions are embedded on walls adorned with sports memorabilia, autographed photos of athletes and actors, and personal memories of the bar, captured in photos over the last 40 years. All that will soon be taken down. The couple said that running a bar and restaurant is a lot of work; it’s not that they’re not up for it, but they have other priorities at this point in their lives. “The main reason we’re retiring is we have five grandchildren, and we want to spend more time with them,” said Vinny. Click here for more.

Amid the ongoing controversy over the school board’s $2 million deficit, rumors have been circulating about the premature departure of Bayonne Superintendent of Schools Patricia McGeehan. At press time, Monday, December 19, the rumors could not be confirmed. A Board of Education meeting was scheduled for the evening of December 19. In June, the board voted not to renew her contract. Meanwhile, the board held an emergency meeting on December 14 during which they voted for a resolution to use money from Regular Operating District (ROD) grant funds to make up the $2 million deficit in last year’s operating budget. Click here for more.

The Veterans of Foreign Wars Museum hosted a 7th grade class from Horace Mann Elementary School on Thursday, December 15, as they often do for students in the Bayonne School District. Members of Post 226, including former mayor and military veteran Richard Rutkowski, spoke with students, describing the structure of military organizations, his experience in the army, what it means to show respect, and the importance of leadership. Students had fun learning some boot drill commands and getting hands-on education with real military paraphernalia. The veteran volunteers showed off old military items like draft cards, dog tags, can openers, and photos from past wars. Click here for more.