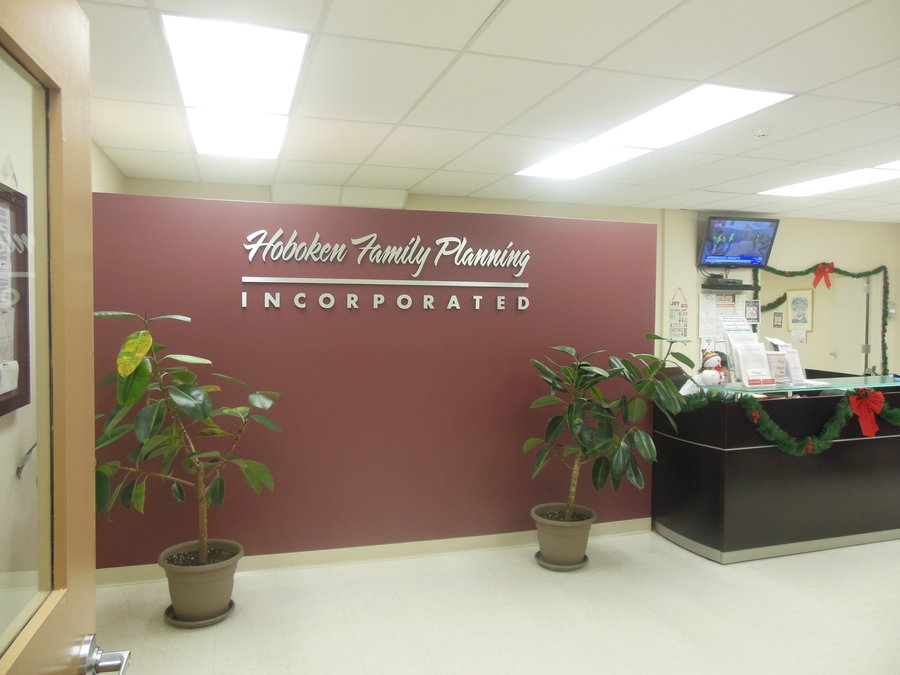 “The program is under threat,” said Director Bill Bullock as he sat at a grey oval table in a well lit back conference room of Hoboken Family Planning last week. The non-profit agency is one of many family planning centers funded by Title X federal funds for over 40 years. Hoboken Family Planning first opened its doors in 1972.
The agency provides cancer screenings, prenatal care, and contraceptives for needy and uninsured women and some men. It’s located in the Multi-Service Center on lower Grand Street.
Bullock, like others who work for non-profit agencies, is worried about losing funding, when Donald Trump becomes president on Jan. 20.
Dubroff said she believes the fund is wrongly under attack due to the public misconception that Title X funds can be used for abortions. Bullock said he believes the misconception stems from incorrect media or publicity “against the program to kill it.”
According to a July 2000 notice from Department of Health and Human Services, “A Title X project may not provide services that directly facilitate the use of abortion as a method of family planning.”
Title X provides preventative health services and family planning such as physicals and health screenings and contraception.

Title X, enacted under Republican President Richard Nixon, is a federal grant program dedicated to providing individuals with family planning and related preventive health services.
“The Title X funding is under threat despite the fact that it was conceived by a Republican president who wanted to provide basic healthcare,” said advanced practice nurse for the clinic Cara Dubroff last week. “It was a practical program that both sides, Republican and Democrats agreed on equally.”

_____________
“The theory behind it is to bring services to the people.” – Bill Bullock
____________
Dubroff said that if a woman is pregnant, the program can inform her of her options such as prenatal care steps, adoption, and elective termination (which is not performed anywhere in town or by the agency). They cannot tell her where to have an abortion or help her make an appointment.
“We are in the unplanned pregnancy prevention business, and we help those who want to get pregnant,” Dubroff said.
The program offers physical exams, health screenings, pelvic and breast exams, Gyn exams, pregnancy testing and options counseling, STD testing and treatment, cancer screenings and birth control including implants and oral contraceptives.
The program serves low income, uninsured, underserved, and even those with insurance.
Dubroff added that Hoboken Family Planning doesn’t only serve the underserved, but can see patients who are unable to get to their regular physician.
“If a woman thinks she has a yeast infection and can’t get an appointment with her regular physician for another two weeks, she can come here and be seen,” she said.

She added that there is more at stake if Title X were to be eliminated.
“Many people don’t realize that defunding Title X would mean millions of women would lose access to health screenings, contraception, and would have the reverse effect [of their intentions] as more people would need abortions,” said Dubroff.
Bullock said, “For many we are their only source of healthcare. I’ve heard from staff members that there have been several instances in which we have served three generations from the same family.”
Bullock, who has been the director of the center since 2012, said the clinic has served roughly 3,500 patients this calendar year including “a couple hundred men.”
The clinic offers physicals, contraceptive care, STD testing, GYN exams, pap smears, pregnancy testing and options counseling, and health screenings for cancer.
Through NJCEED (New Jersey Cancer Education and Early Detection program) Hoboken Family Planning provides free cancer screening and diagnostic services for Hudson and Union County residents.
In order to qualify for a screening the total family income must be less that 251 percent of Federal Poverty and the New Jersey resident must not have a previous diagnosis of cancer.
NJ CEED covers the cost of cancer screening, diagnostic exams and diagnostic lab services such as pap smears.
“We follow up with patients an pay for things such as biopsies up until the point of diagnosis,” said Bullock.
Bullock said the group does screenings throughout the county. On Dec. 18 they will have a screening event at Nanak Naam Jahaj Gurundwara at 1080 Westside Ave. in Jersey City.

Bullock said in 2016 Hoboken Family Planning diagnosed eight patients with breast cancer, one patient with cervical cancer and two patients with prostate cancer.
For the past four years, a local organization called Friends of Hoboken Family Planning have raised funds in support of the center.
“After Hurricane Sandy the water was this deep,” said Bullock placing his hand at a little lower than his hip. “The place looked terrible. I got a call from a lobbyist, I forget who it was, who said, ‘I have someone who can help.’ I didn’t take it seriously.”
That first year the organization raised about $5,000 for the medical filing cabinets we needed. This year the organization hopes to raise $15,000 according to Deirdre Wall one of the organizers for Friends of Hoboken Family Planning.
“This year our goal is to raise $15,000 to serve 50 low income women with needed health services for one year,” wrote Wall in an email. “The average cost for one woman is $286 per year.”
Those wishing to donate can do so online via hfp_contributions@aol.com with PayPal. Checks can also be made out payable to the Hoboken Family Planning Clinic and mailed to Cindy Cray 1248 Bloomfield St., Apt. 4 Hoboken.
For more information on Hoboken Family Planning contact them at (201) 963-0300
Marilyn Baer can be reached at marilynb@hudsonreporter.com.