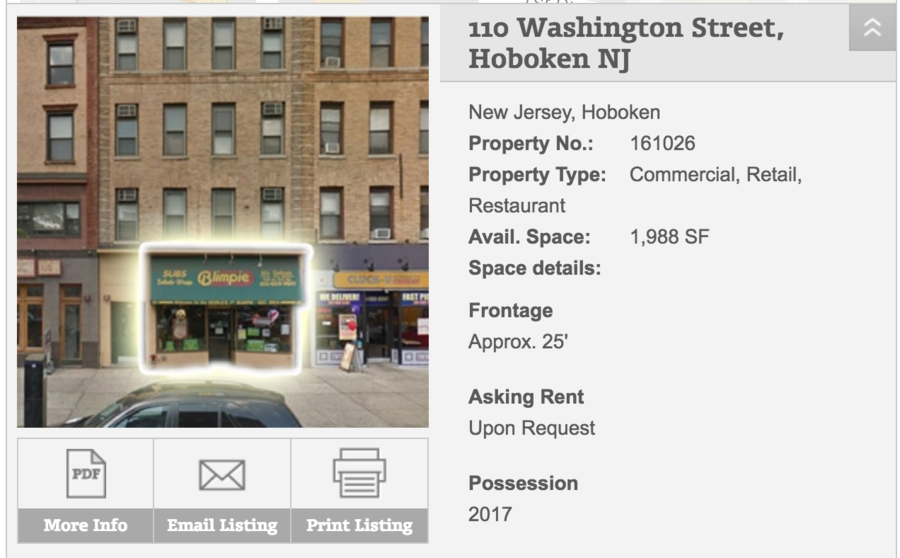 HOBOKEN — The “world’s first Blimpie sandwich store,” located in Hoboken, is likely to relocate next spring from First and Washington streets to an uptown location.
A Blimpie employee who has worked at the location for years said on Tuesday that employees were informed of the move a few weeks ago and the store will move in “May or June to a new location at 14th and Willow.”
Blimpie opened its doors at 110 Washington St. in 1964 and grew into the chain of sandwich restaurants now headquartered in Scottsdale, Ariz.
According to a real estate listing By Ripco Real Estate (see screenshot), the store’s “prime retail location” is now on the market and will be available in 2017.
The 14th and Willow area is a rapidly developing former industrial neighborhood in the northwest part of Hoboken. Several new apartment buildings have risen in the area, and a Trader Joe’s market is expected to open in February.