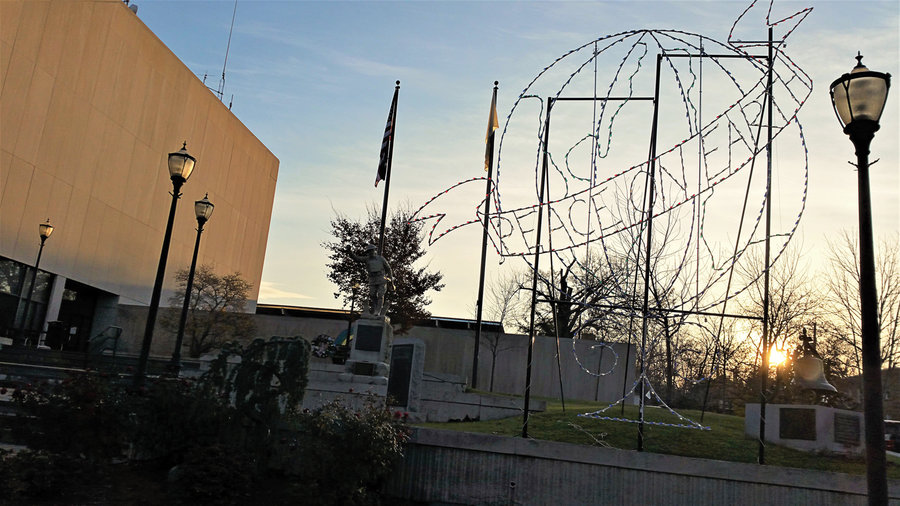 On Tuesday, Nov. 22 the Town Council members adopted an ordinance to accept preliminary plans for the development of the downtown business district. The town would alter some design rules and add amenities to the downtown area.
According to the council, the design plan is intended to help rehabilitate private properties and promote more private investment.

At the meeting, council members also adopted an ordinance for all dog parks in Secaucus to have a sign including a series of rules. Among the rules: only dogs are allowed in the parks (as opposed to other animals), and all dogs must have and wear a license showing that the dog has a valid, unexpired rabies vaccination. The ordinance also states that dogs under four months old are not permitted. All dogs must be spayed or neutered, according to the ordinance. The handler of the dog must be at least 18 years old, is responsible for the dog while at the dog park, and is required to clean up after their dog, the ordinance states.
Also, children under 10 in the park must be accompanied by an adult at least 18 years old. Handlers would also be required to remove the dog at the first sign of aggression, according to the ordinance. Dogs must not wear spiked or choked collars.
Violators may receive a summons up to $2,000 and/or imprisonment for up to six months. The dog parks in Secaucus are in Mill Creek Point, Clarendon Field, Snipes Park, and the Secaucus Animal Shelter.

The members of the council adopted an ordinance to designate a section of John Street as a one-way street, and to allow only police parking for certain hours of the day.
From Centre Avenue to Paterson Plank Road, John Street will be a one-way street with traffic flowing east. In that section of John Street, only police parking is allowed from 8 a.m. to 4 p.m. Monday through Friday.
Council members also adopted an ordinance to designate two streets as one-ways. From Clarendon Street to Front Street, the traffic on Ninth Street will head south. From Schmidts Place to Floral Terrace, the traffic on Edna Place will go east.

Officials introduced an ordinance for all members of the Secaucus Volunteer Fire Department to receive monetary and clothing allowances.
All members of the volunteer department in good standing are entitled to a yearly clothing allowance. Volunteer fire department members are also entitled to a monthly monetary allowance for responding to a specific percentage of calls. The percentages of calls are calculated on a quarterly basis.
For instance, Gonnelli said, someone will get $350 for responding to 35 percent of calls. The funds will be paid from the Fire Department budget.
Gonnelli said the council recognizes that the safety of all residents is the utmost concern, and emergency services are critical to this protection.