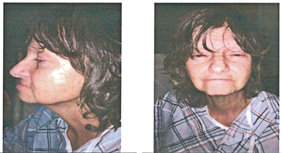 Dean W. Kemph passed away suddenly from a heart attack at his Weehawken home on Nov. 16 at the age of 61.

He was born in Rhode Island, lived in New York and Hoboken before moving to Weehawken six years ago.

A celebration of his life took place Saturday, Nov. 19 at The All Saints Episcopal Parish, Hoboken. An iconoclast and frequent commentator on the Hoboken political scene, Kemph maintained friendships with many in Hoboken after moving. His witty and thoughtful editorials on the scene were often published on the Reporter website. He had also been posting responses to the recent presidential election on Facebook in the days before he passed.

He is survived by his wife Annie Torpey; his daughters Delia and Emory; his brother Steven Kemph along with his wife Kate O’Neil, and his mother in law Nancy Torpey. His family asks those who remember him to consider a donation to N.P.R. (public radio) in Dean’s memory, and a You Caring crowd funding memorial; site has been established at www.youcaring.com/annietorpeydeliakempfemorykempf-694222.

Still seeking information on an unidentified woman in Hoboken hospital

The woman believes her name could be Mary Ford with her possible date of birth is Sept. 9, 1950, 1951, or 1961. The woman is believed to be homeless and may have lived in North Bergen at one time.

Cruz said that police officers have asked local residents and homeless if they know her but unfortunately they don’t have additional information.

The Weehawken Free Public Library will host a special event commemorating the 75th Anniversary of the attack on Pearl Harbor entitled, “Remembering Pearl Harbor – The War Years” on Wednesday, Dec. 7 at 2 p.m.

Dr. James P. Kane of William Paterson University will recount the story of the attack in words, pictures and music in this fast-paced, one hour presentation which will feature slides of the actual attack which damaged the U.S. Pacific Fleet, killed 2,400 soldiers, sank the USS Arizona with 1,117 men aboard and plunged America into World War II.

Dr. Kane is a former teacher, prep school headmaster, principal and, for 25 years, a superintendent of schools. He presently is a professor of history at William Paterson University. He holds a bachelor’s degree from Fordham University, a master’s degree from Columbia University and a doctor of education from NYU. A former high school and college athlete, Dr. Kane is also a graduate of the United States Marine Corps Office Candidate School at Quantico, Virginia and holds the rank of Captain, USMCR.

HackensackUMC Palisades will provide free health screenings and education programs on Saturday, Dec. 3 from 9 a.m. to 1 p.m. Free screenings include HgbA1c diabetes, breast cancer, skin cancer, blood pressure, heart rate, and percentage of oxygen in the blood.  There will also be certificates for mammography, prostate, and HIV tests. The screenings take place at 7600 Rover Road.

Seniors who reside in the Hudson County area aged 60 and over may attend this program free of charge. Voluntary donations of $1 or more are suggested. All you need to bring is a valid driver’s license or State ID. The Kennedy Dancers Inc. is on 79 Central Avenue in Jersey City.

For questions or concerns, please call the dance studio at 201-659-2190 or e-mail kennedydancers@aol.com.

HackensackUMC Palisades announced that it has earned The Joint Commission’s Gold Seal of Approval® and the American Heart Association/American Stroke Association’s Heart-Check mark for Advanced Certification for Primary Stroke Centers. The Gold Seal of Approval® and the Heart-Check mark represent symbols of quality from their respective organizations.