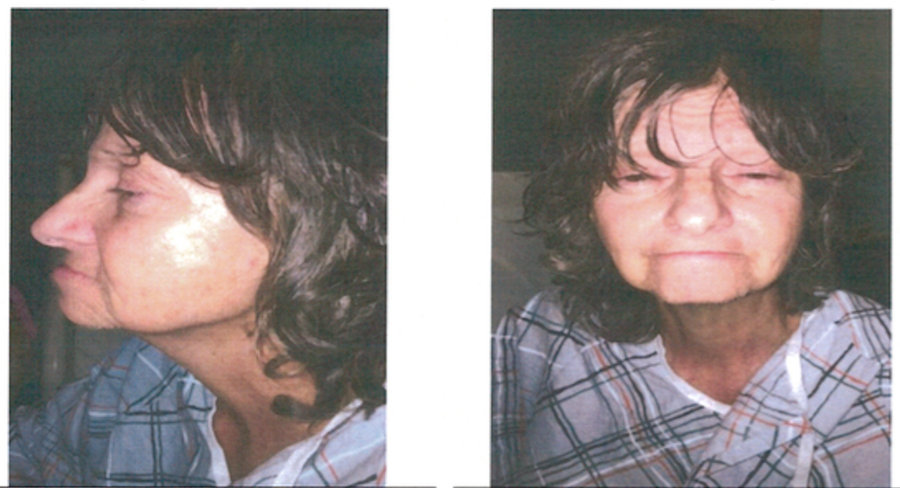 Hoboken University Medical Center and the police department need assistance identifying a woman who has been at the hospital for the past 40 days. According to a police release, the female has a life threatening illness and may suffer from dementia.
The patient believes she is of Italian descent and is described as a white 65-year-old woman approximately 5 feet tall with brown eyes dark hair and weighing roughly 100 pounds.
The woman believes her name could be Mary Ford with her possible date of birth being either Sept. 9, 1950, 1951, or 1961.
The woman is believed to be homeless and may have lived in North Bergen at one time.
If you know this woman please contact the Hoboken Police Department at (201-) 420-2100 or Hoboken University Medical Center at (201) 418-1336.

Mayor Dawn Zimmer and the City of Hoboken will present the 37th annual Hoboken Artists Studio Tour Sunday, Nov. 6 from noon to 6 p.m. The free citywide walking tour of artists’ studios, galleries, and group exhibitions features work of over 100 local artists at over 25 locations.
The tour is designed so you can easily walk from studio to studio, gallery to gallery.
Participants will see art in many forms and mediums and have opportunities to meet artists and witness their creative processes.
Download of Art Tour Map & Artists’ Directory will be available starting Friday Nov. 4.
http://hobokennj.gov/artists-studio-tour/
A tour map and artist directory will also be available day of the tour at Hoboken City Hall, 94 Washington St.
For further information, call Geri Fallo at (201) 420-2207or email at: gfallo@hobokennj.org

Hoboken Veterans Day service will take place Friday Nov. 11 at the World War I memorial at 11 a.m in Elysian Park, 10th and Hudson streets. The service honors Hoboken’s veterans and those presently serving our nation in the armed forces.

21 arrested on Halloween weekend in Hoboken; officer was allegedly spat at

Due in part to bar crawls advertised on the internet, in recent years Hoboken has become more and more of a party site on Halloween weekend. Last year, Police Chief Ken Ferrante asked the City Council to fund more overtime for officers this year. Last weekend, he put on 55 extra patrols on Friday and Saturday, up from 40 extra overtime patrols last year.
A press release from the police on Monday noted the following statistics:
21 arrests on Friday and Saturday night, up from 13 on Halloween night (only) last year. (Last year, Halloween was a Saturday).
206 Friday night and 282 Saturday night service calls, up from 196 last year on Halloween night.
26 ambulance calls on Friday and Saturday, up from 16 on Halloween/Saturday last year.
14 car accidents this year; six last year.
Also, a 22-year-old Ridgewood man was arrested for allegedly “throwing bodily fluid” (spitting) at a police officer and resisting arrest.
Police also responded to a domestic dispute in the Housing Authority involving a kitchen knife and arrested a Union City man.

Students take a stand against bullying with original song and video

In honor of National Bullying Prevention Month, students at the Elysian Charter School along with music teacher Aram Rubenstein-Gillis, created a song “All In” to ask people to stand up against bullying.
“All In” written by Rubenstein-Gillis, celebrates the beauty of diversity, the power of perseverance, and the importance of working together.
“My goal is to spread a message of tolerance, unity and understanding and to encourage my students to live these values for the rest of their lives,” said Rubenstein-Gillis “When I see how well my students play together, learn together and sing together, I know that we can build a future that nurtures compassion rather than indifference, empathy rather than fear, and community rather than isolation.”
Rubenstein-Gillis and eight of his students also recorded a one-minute version of “All In” on an Acapella app to help celebrate and encourage the kind of collaboration they believe is critical to overcoming bullying, which has become a serious problem on social media.
Watch it on Facebook: https://www.facebook.com/allintostopbullying/videos/1853873414832657/
Watch it on YouTube: https://www.youtube.com/watch?v=NVgMFqOvj0g&feature=youtu.be

Hoboken Mayor Dawn Zimmer, iCIMS, and Proud Pour were honored at NY/NJ Baykeeper’s Annual Awards Reception on Nov. 2 in Keyport.
NY/NJ Baykeeper is the citizen advocate of the NY-NJ Harbor Estuary.
Zimmer received an Environmental Excellence Award for her resiliency efforts post Hurricane Sandy and advocacy for green infrastructure to mitigate stormwater and flooding. iCIMS and Proud Pour both received a Mighty Oyster Award for their corporate commitments to green initiatives and participation in NY/NJ Baykeeper beach cleanups.
Over 100 guests attended the Awards Reception at the Keyport Yacht Club in Keyport, NJ. The event featured live music by Rockin’ Randy, food from Ray’s Cafe, and fresh oysters on the half shell from Forty North Oyster Farms.

The musical “Hyronomous A. Frog, The Frog Prince” will be performed by an all adult cast and is for children ages 3 to 10.
The family friendly musical gently addresses the themes of keeping your promises; the power of affection and kindness; the importance of being open-minded; and how appearances can be deceiving.
The 45-minute show will take place at Hudson School Performance Space 601 Park Ave.
Tickets are $10 and the show will take place at 11 a.m. and 1 p.m. on Nov 19, Nov 20, and Nov 26.
For reservations call 201-377-7014 or email reservations@hudsontheatreensemble.com