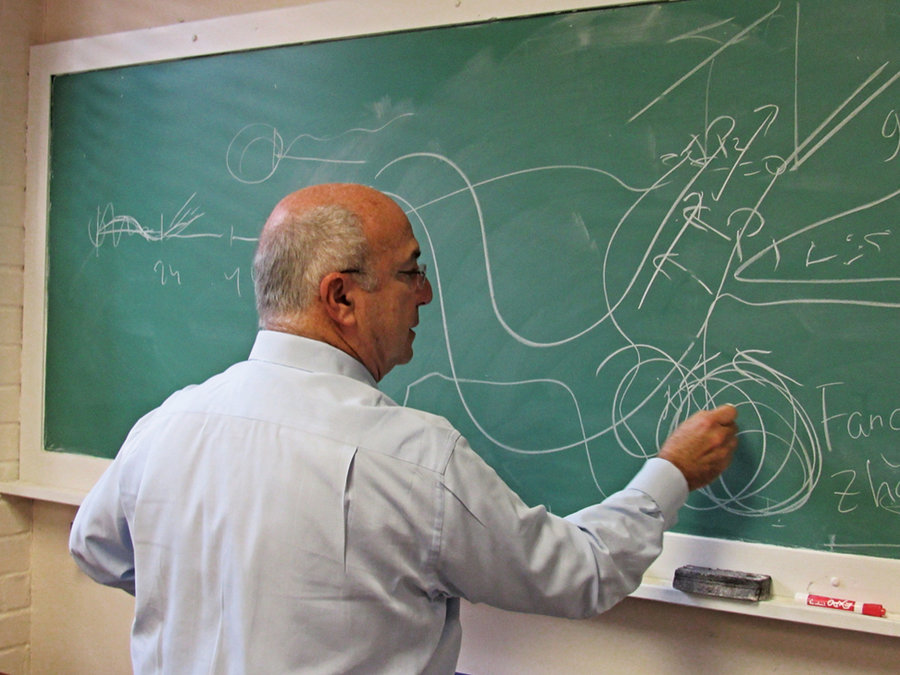 Oct. 29 will mark three years since Hurricane Sandy hit Hoboken, and residents recently experienced déjà vu when Hurricane Joaquin threatened to slither up the coast.
Stevens Institute of Technology professor Dr. Alan Blumberg, an ocean engineer well known for predicting the massive extent of Sandy before other forecasters back in October 2012, said last week, “We were lucky.”
Blumberg said Hurricane Joaquin would’ve been “so much worse than Sandy” since Hurricane Sandy was a Category 0 storm by the time it reached Hoboken, whereas Joaquin’s Category 4 status would have waned to a still grave Category 2 and might have hit Hoboken at 120 miles per hour.
This year’s “non storm of the century” provided impetus to reflect on what Hoboken has done in the past three years to protect itself from flooding.
“Rebuild by Design [the city’s federally funded flood plan] is excellent, but it’s going to take five to 10 years to complete, because frankly, things take time,” said Blumberg, who noted that each year, there’s a 1 percent chance of a hurricane making direct landfall in our area.
At the City Council meeting this past Wednesday, resident David Liebler, a sometime administration critic, asked, “What are we doing tomorrow if we got hit by a hurricane? There is not one single thing that we have done. There is not one protection motive that we have in place right now for our buildings. We’ve done nothing since Sandy.”

_____________
“Rebuild by Design is excellent but it’s going take five to ten years to complete because frankly, things take time.” – Alan Blumberg.
____________
Is that true?
“It depends what you mean by nothing,” said Blumberg.
In fact, the city has plans on the drawing board, but most of them have not yet been completed.
The city’s $230 million Rebuild by Design project is a four-part (Resist, Delay, Store, Discharge) concept currently in the planning phase. This past Friday, Oct.9, city planners were expected to collect public comments on the project, which locals have been able to submit since last month. The United States Department of Housing and Urban Development (HUD) must obligate funds to New Jersey by September 2017, with the current date for completion of new anti-flooding infrastructure set for 2022.

City’s take on fending off flooding

Local officials planned for Hurricane Joaquin several days in advance. Mayor Dawn Zimmer announced emergency procedures on Wednesday, Sept. 30. Residents were also warned of a coming nor’easter that ended up drenching the city in cold rain last Friday night.
Zimmer said that measures have been taken to deal with the city’s infamous flooding.
Last February, the City Council passed a bond to pay for a pump that will be built and operated by the North Hudson Sewerage Authority at 11th Street. Sewerage Authority Executive Director Richard Wolff said recently that the pump will likely be completed by October 2016.
The city has also acquired a high-water vehicle. In the event the National Guard would need to come to Hoboken, these vehicles can assist residents in the meantime.
The city actually built a new flood pump on Observer Highway before Sandy in early 2012, but that pump alone wasn’t enough to help with the city’s flooding when Sandy hit during high tide. Thus, residents are waiting for improvements over the next five to ten years.
“This storm turned out to be another training opportunity, but as always, we encouraged residents to make arrangements,” Zimmer said.
Zimmer noted that the City Council recently approved a bond for $16.7 million for two parks that will help hold storm water. The city will create a park at the BASF-owned site on 11th Street that will hold over 1 million gallons of storm water, and for the Southwest Park, which begins construction this fall and is designed to hold over 200,000 gallons of storm water runoff.
The city also plans to build a park and plaza at Seventh and Jackson that will hold storm water.
“The flooding problem is something that has gone on for 11 plus years, and I feel my administration has gotten a significant amount done [including the ] $230 million [funding for Rebuild by Design], which no other administration has been able to accomplish,” Zimmer said.
The city has scheduled a public meeting for November to discuss the Rebuild by Design project further.
“It’s important for residents to be engaged with Rebuild by Design to help figure out how are we going to protect the city from the potential devastation of another Sandy,” Zimmer said.

Just like the city, PSE&G has some storm preparations still on the drawing board, and has completed others.
Residents in Hoboken receive their power through various electricity substations, two located in northwest Hoboken and one at Second and Marshall streets.
Three years ago, after Hurricane Sandy, PSE&G spokeswoman Bonnie Sheppard explained, “Storm surges impacted switching stations and substations. When you open up the cabinets, there are small relays and small switches that are about an inch tall. They all have to be opened up and dried out with cloth rags. And then they were taking a metal toothbrush and cleaning the corrosion off of them.”
PSE&G spokeswoman Karen Johnson said last week that the company is working to raise, relocate, or fortify 12 switching stations and substations in Hudson County, including six in Jersey City, three in Hoboken, one in North Bergen, one in Bayonne, and one in Kearny.
In the meantime, Johnson said, “To prepare for Hurricane Joaquin, we installed five-foot-tall concrete blocks around the equipment that will keep several feet of water out of the station. We also use portable pumps. These measures have been effective in the past.”
In May 2014, the New Jersey Board of Public Utilities approved PSE&G’s $1.22 billion Energy Strong program and PSE&G set to work June to replace low-pressure gas mains in a number of municipalities including Hoboken.
“So far,” Johnson said, “we have replaced about six miles of gas pipes in Hoboken and should be done in November, with final road restoration in the spring.”
Others projects include reinforcing utility poles and overhead wires, replacing gas lines in flood-prone communities, and using new technology to improve how the energy grid functions.
“We are keeping the mayor and her staff informed about our progress,” she said.

Dr. Blumberg, who heads the Davidson Laboratory (formerly The Center for Maritime Systems). said urban coastal settings like Hoboken are especially prone to natural disasters since they’re densely populated areas vulnerable from both the sea and sky.
At the laboratory, which has a 300-foot long, 12-foot wide wave tank, Blumberg oversees a cutting-edge network of robots that transmit information to one another underwater. Here, boats are built to scale and tested in shallow water at different wave simulations. First constructed in 1945, the tank was once used by the U.S Navy to investigate the possibility of sea planes.
A system of sensors and monitors embedded along the coastline allow the Blumberg team to measure the direction of currents, water temperature, waves, and salt levels.
Every day at midnight, the laboratory predicts a forecast 72 hours into the future to look at the potential for flooding or lack thereof in the entire region including New York, New Jersey, and Connecticut.
“In order to be careful for the next storm, we have to be ready [and] understand that Stevens does this better than anybody,” said Blumberg. “Better than the weather service. Why? Because we’re local, and we especially take Hoboken into account.”

Steven Rodas can be reached at srodas@hudsonreporter.com.