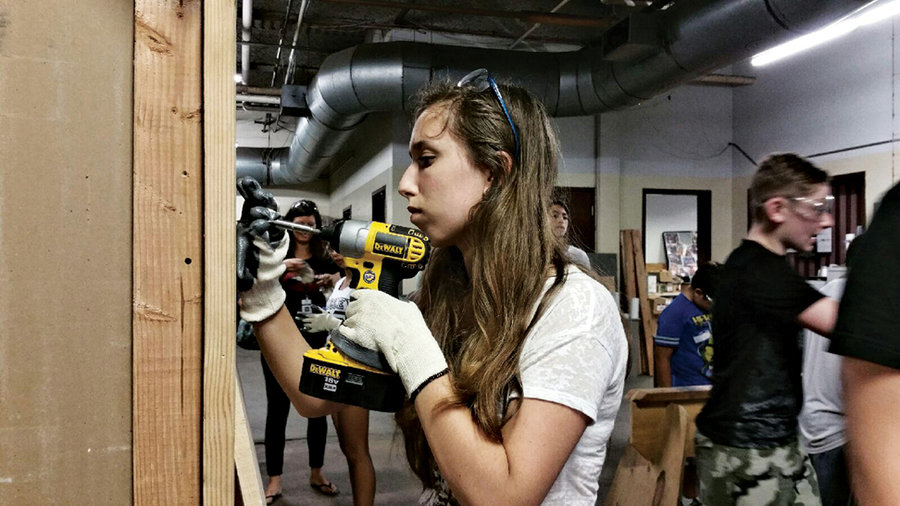 Hudson County and area high-school grads, who are headed for a vocation, can now take car-mechanic and construction courses at night and on weekends on the Bayonne High School campus.
The courses, offered by the Hudson Technical Post Secondary & Adult High School Diploma and Certificate Programs, part of the Hudson County Schools of Technology, will shift from High Tech High School in North Bergen to Bayonne High School starting in September.
Among the classes being migrated to Bayonne are cosmetology, electricity, air conditioning and refrigeration, carpentry, plumbing, welding, handyman specialist, and mixed construction trades. More than 75 programs are offered through Hudson Technical, according to Bill Smith, coordinator of the construction trades.
Ten classes will be switched from High Tech High to Bayonne, according to Tom Jacobson, director of vocational training at BHS.
Two hundred students will be affected by the changeover, according to Dr. Catherine McFadden, post-secondary director of Hudson Technical and Adult School.
“This is the adult post-graduate program,” Jacobson said. “These will be graduating high school students who have the opportunity to go to Hudson Technical.”
Instead of having to travel to the other side of the county, courses will be available in their own backyard.
Course prices will not change, staying about $99 for a one-time course to up to $890 for a semester course.
McFadden said the transfer of classes is a win-win situation for Bayonne and the county. The restructuring frees up room at High Tech’s campus for other programs.
“We’re looking for better space,” she said. “It’s getting crowded.”
McFadden said Hudson Technical’s programs are growing exponentially. In the last two years, at least four new ones have been added, including two new apprenticeship programs.
Workers were busy at BHS last week readying the classrooms for September.
“We want to let Bayonne know we’re here now,” Smith said.
McFadden said that as the construction trade courses are promoted in Bayonne, and a greater interest is shown in taking them, the school will expand its options.
“We want to make the post-secondary transition easier for Bayonne graduates, as well as make it easier to enter the extensive programs after graduation, and where they are,” she said.
Both McFadden and Smith said that Bayonne graduates would have a leg up on being prepared for the various apprenticeships offered in their chosen fields.

“We want to let Bayonne know we’re here now.” – Bill Smith
____________
“Being prepared can lead not only to a job, but to a career,” Smith said. McFadden said that the changeover in courses was being done with no cost to BHS, which is already a satellite facility of the Hudson County Schools of Technology.
She said the county offered vocational courses at Bayonne years ago and “now we’re back.”
All the changes will be in place when the construction courses begin on Sept. 14.
For more information on Hudson Technical, call (201) 662-6792 or visit hudsontechnical.wix.com/hudsontechnical.