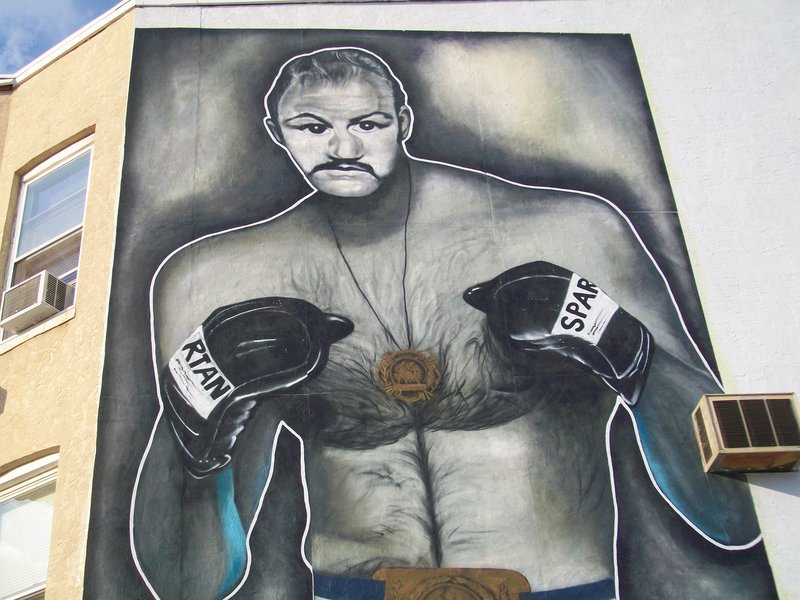 BAYONNE – The city and the owner of a building on which a mural of former heavyweight boxer Chuck Wepner has been painted have come to an agreement that allows the artwork to stay there for at least three years, according to Bayonne Corporation Counsel Jay Coffey.
Wepner, Bayonne’s hometown hero, fought then-Heavyweight Champion Muhammad Ali for 14-plus rounds in March 1975, only missing going the distance by seconds.
Wepner was reportedly Sylvester Stallone’s inspiration for the series of “Rocky” movies.
The mural was painted on a parachute-like cloth and then adhered to the building at 737 Broadway without the owner’s permission in an apparent miscommunication between a city official and a business owner in the building.
Coffey said that on Friday, July 17, Shi Investments LLC of Bayonne agreed to accept a $100-a-month license agreement for three years. The licensing is necessary to comply with a Bayonne city ordinance.
The fee will be paid by the Bayonne Urban Enterprise Zone trust account, Coffey said.
The city also has to paint the wall the mural is attached to the color matching the rest of the building.
At the end of three years, the two parties can either renegotiate for another three years or take down the mural and restore the wall to its previous state.