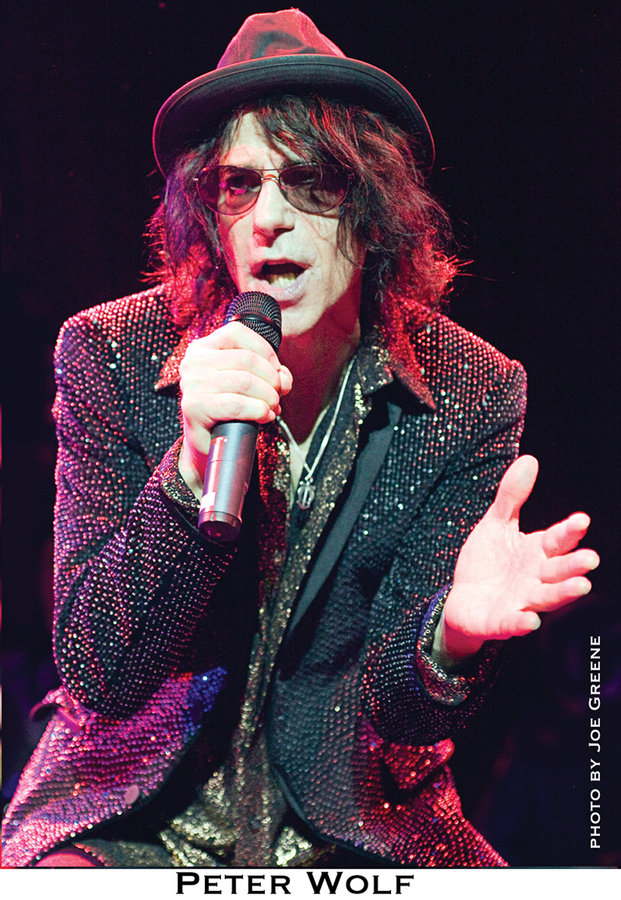 Peter Wolf has seen and done more than most in his day. As the lead singer of J. Geils Band, he scored genre-defining rock hits like “Love Stinks” and “Centerfold.” He has married (and divorced) Faye Dunaway, sang duets with Aretha Franklin and Mick Jagger, and written for Rolling Stone magazine. After May 3, he will be able to add another entry to his long resume: headlining the 2015 Hoboken Spring Arts & Music Festival.
Wolf leads a strong showing at this year’s event, which will feature over 20 musical performers and nine blocks of food, art, and other fun along Washington Street.
The festival’s three stages will host performers such as folk singer-songwriter Anthony D’Amato, funky big band Jeremy Beck and the Heavy Duty Horns, hometown rockers The Fave, pop rock up-and-comers Wyland, and salsa outfit Frankie Morales & the Mambo of the Time Orchestra.
The 21st annual spring Arts & Music Festival will run from 11 a.m. to 6 p.m. on Sunday, May 3 on Washington Street between Observer Highway & Seventh Street.
Peter Wolf will perform at 4:30 p.m. on the Observer Highway stage. A full music schedule can be found online at http://www.hobokennj.org/arts-music-festival/.
The Hoboken Reporter is a sponsor of the event.

A Rivers runs through it

This year’s festival marks the triumphant return of Abbe Rivers, the soulful rock singer who has been a staple of Hoboken’s music scene for nearly 20 years. Though she never stopped singing, Rivers stepped back from performing with her own band when she became pregnant in the mid-2000s.

_____________
“Music is not an early-rising career.”—Abbe Rivers
____________
“It’s hard to run a business and be a mom and get up early in the morning” while seriously pursuing music, said Rivers. “Music is not an early-rising career.”
Now her son is 10, and Rivers is ready to rock again. She has a new backing band, the Glitch, though its members are all old friends from her early days in the city.
Rivers has never struggled to meet talented musicians in Hoboken. When you own and operate Empire Coffee & Tea Co., the popular java joint on Bloomfield Street, “artist types and musicians kind of gravitate towards you,” said Rivers.
“Back in those days,” she says of the 1990s, “the town was not quite as booming as it is now and business was a little bit quieter and I’d sit behind the counter with my guitar and noodle around.”
“Tommy was one of those people that wandered into my shop probably 15 years ago,” she said, “and he’s been playing drums for me all these years.” Abbe Rivers & the Glitch consists of drummer Tom Costagliola, guitarist Dave Lambert, bassist Mario Padron, and of course, Rivers on lead vocals.
Rivers’ music draws on three decades of soul and rock music. Her influences range from The Beatles and Rolling Stones to Jimi Hendrix and Janis Joplin to Cyndi Lauper and Blondie. “When everybody was ‘Stayin’ Alive,’ I was discovering the whole Woodstock scene,” she said.
Someone once told Rivers she sounded like “warm honey with crunchy bits,” she has yet to find a better description.
Abbe Rivers and the Glitch are scheduled to perform at 4 p.m. on the Seventh Street Stage.

In addition to three stages of live music, this year’s spring Arts & Music Festival will feature over 300 vendors along Washington Street. Among the expected offerings are crafters, photographers, sculptors, local restaurants and businesses, non-profits and car dealers.
Fine artists will be featured between First and Newark, Second and Third and Fifth and Sixth Streets, including artists from Hoboken’s Monroe Center for the Arts. A special children’s area adjacent to the Third Street Stage will offer rides, facepainting, balloons, and games.
In addition, street cafes will offer cuisine from a variety of cultures, including Thai, Indian, Greek, French, Mexican, Cajun and Italian.
Volunteers are still needed to help with setup on the day of the event from 7 a.m. to 11 a.m. Please contact Geri Fallo at the Hoboken Cultural Affairs Office at 201-420-2207 in advance if you are interested.
Food and beverages for the volunteers will be donated by Anthony David’s, Starbucks, Dunkin Donuts, Losurdo Brothers Deli/Tony’s Italian Bakery and Vito’s Italian Deli.