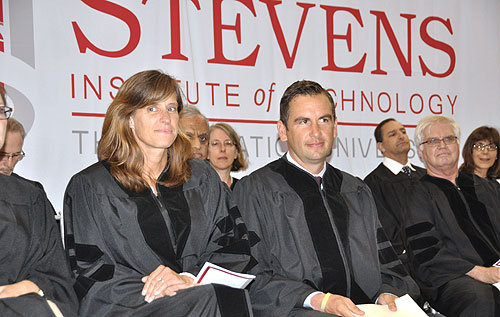 HOBOKEN—Hoboken and Jersey City are among 73 cities and counties nationwide to sign onto a friend of the court brief before the Fifth Circuit U.S. Court of Appeals in support of President Barack Obama’s executive action on immigration, according to a Hoboken press release.
Obama’s unilateral reforms, announced in November 2014, would create a path to legal status for undocumented parents of U.S. citizens and permanent residents, among other things.
In February, a Texas federal district court judge put the changes on hold while he considered a legal challenge filed by 26 states. In a follow-up ruling on Wednesday, April 8, Judge Andrew Hanen upheld his injunction, pushing the issue up a rung to the circuit court.
The organization Hoboken and Jersey City joined, Cities United for Immigration Action, hopes to stand as a counterpoint to the 26 objecting states, calling for the immediate implementation of Obama’s executive action. Thirteen states have also signed onto a separate brief in support of Obama.
Organized by New York Mayor Bill de Blasio and Los Angeles Mayor Eric Garcetti, Cities United for Immigration Action argues that “executive action will benefit cities and counties by providing work authorization to millions, increasing local tax revenue, stimulating local economies, facilitating the civic engagement of immigrants, keeping families together, and improving public safety by strengthening our neighborhoods and communities,” according to the press release.
“We must do better to honor our country’s proud immigration tradition,” said Zimmer in a prepared statement. “Too many immigrants live in fear, afraid to become members of our society, while Congress fails to take any meaningful action to fix a broken immigration system. Their inaction has real consequences for our communities, which is why I fully support President Obama’s leadership and common sense executive actions. I thank Mayor de Blasio for initiating this brief and building this important coalition of leaders.”
The mayors of Denver, Chicago, Boston, Washington D.C., Philadelphia, Newark, and San Francisco also joined the amicus brief.