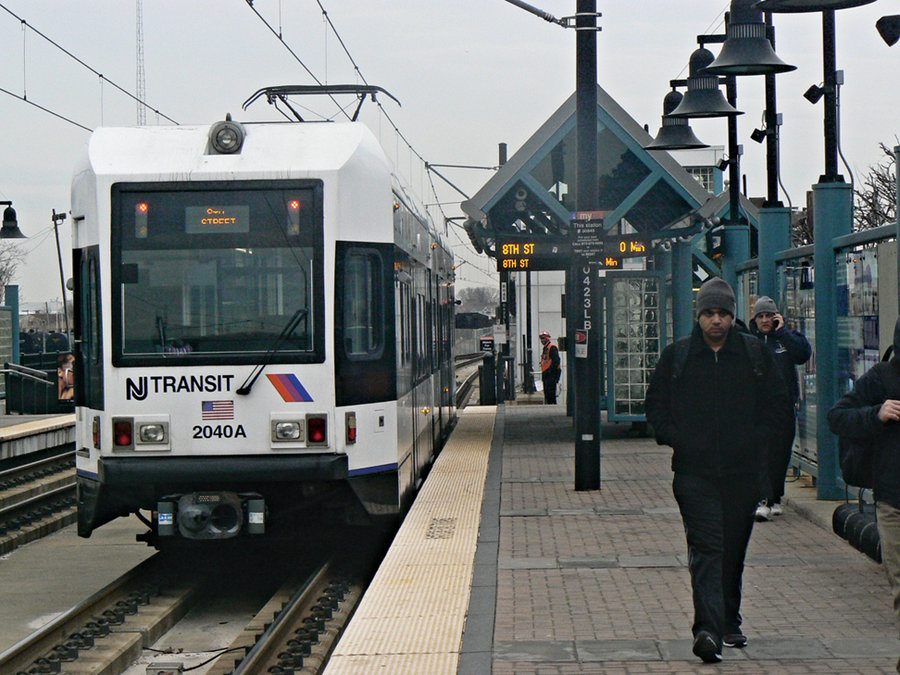 Ever since the terrorist attacks on Sept. 11, 2001, local bloggers and journalists have told stories of being stopped by police from taking photographs in train and bus stations, and near bridges and ports. But is there really a law against this, and if so, what’s behind it?

As it turns out, there are no government laws against the photography, and some of the individual transit officers have been incorrect about what the transit agencies’ regulations actually state. There are some regulations in place related to photography, but they predate 9/11.

When the Bayonne Community News recently started taking photographs of a Bayonne Bridge gantry crane from a public sidewalk, a Port Authority police officer asked the journalist to stop.

“You’re not supposed to be taking pictures,” the officer said. “It’s a Homeland Security issue.”

Actually, that isn’t the case.

According to a spokesman for the Port Authority, which oversees most of the ports, bridges, airports, and tunnels in the area, those shooting commercial photographs or video must apprise the authority in advance of their intentions. That means commercial photographs, taken by companies. Individuals do not have the same restriction – and the policies are not related to terrorism.

“Sometimes equipment is intrusive, and the Port Authority would like to know where those companies are, so that passenger movement is not put into any kind of danger or delay by that,” said spokesman Joe Pentangelo.

The guidelines don’t apply to the general public.

“For civilians, people who are just taking a photograph, that does not apply,” Pentangelo said. “Citizens are allowed to engage in photography at all Port Authority venues unless it’s a secure or off-limits location.”

NJ Transit runs the Hudson-Bergen Light Rail, as well as their trains and buses. (The PATH, on the other hand, is run by the Port Authority.)

What about shooting pictures at train or bus stations?

“Typically it’s not a problem,” he said. “It depends on when you want to do it. At train stations [it is okay, but] not on the platform, because of privacy issues and for convenience.”

Passenger safety and maneuverability are also reasons, according to Smith.

However, it is hard to determine what the NJ Transit photography policy actually is. The agency declined to email or fax a copy of it, citing it as an internal policy. It’s not posted on their website.

The Port Authority and Amtrak, on the other hand, do have their policies on their web sites.

Smith said they are general guidelines formulated because of different conditions at different sites.

“It’s a blanket policy that we’ve adopted, and we feel it works,” he said.

written, advance notice, according to Smith.

“It varies from situation to situation,” Smith said “If we got a call for [photography at the] 34th street Light Rail station, we’d notify police there and see if there’s any problem with it. If there’s any issue, they would call us.”

For NJ Transit bus stations or depots, there’s more freedom because they’re outside in the open, on public thoroughfares.

The most common requests NJ Transit receives are for photography at train stations. Usually television news organizations want to utilize venues, such as those in Hoboken, Newark, Secaucus Junction, and Metropark in Iselin, to film breaking news or “live” reports.

“Most of our requests come from the media,” Smith said. “But anything that has a commercial basis, they would have to obtain a permit from our real estate division and there would be a fee for that.”

Amtrak, which owns the right of way on the Northeast Corridor, which includes New Jersey train tracks, said their regulations are not the result of government laws.

“A passenger is certainly welcome to take a picture on the train,” said Amtrak spokesman Craig Schulz. “That’s a public place. As long as it’s not a restricted area. If they’re ticketed passengers, that’s okay, as long as they’re abiding by that agreement of what’s on the ticket.”

He said that Amtrak tries to strike a balance between allowable practices, such as photography, and security.

“I think it’s important to note that Amtrak police regularly patrol the marked right of way and stations,” Schulz said. “And they would act appropriately if they saw any illegal activity. They’re doing this seen and unseen. Their primary mission is to keep the traveling public safe.”