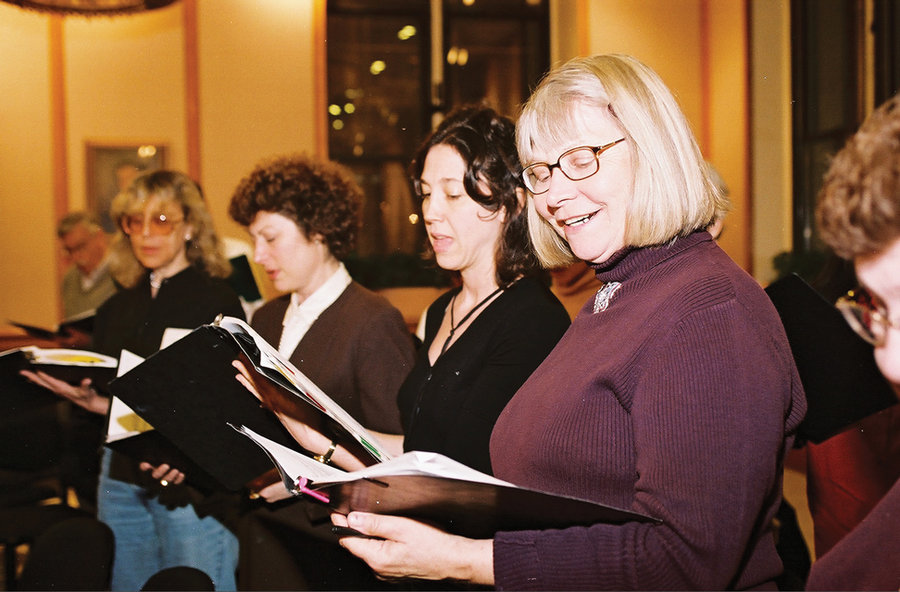 Jersey City will be alive with the sound of music, if organizers of North River Sing have their way. This is the first community chorus in New Jersey dedicated to American musical theater, and is seeking volunteers to help celebrate songs from what the organizers call the Great American Songbook.
The Great American Songbook reportedly represents the best, most influential composers from the 20th century and their songs, a genre which went into an eclipse with the emergence of the rock n’ roll era. More liberal interpretations of the songbook, however, sometimes include works by Lennon & McCartney, Elton John & Bernie Taupin, and Gerry Goffin, and Carole King.
Most aficionados, however, see the songbook as works from Broadway musical theatre, Hollywood films, and other theatrical productions. Some of the composers included are Irving Berlin, Cole Porter, Rodgers and Hammerstein, and George and Ira Gershwin. Performers of these songs generally include Frank Sinatra, Nat King Cole, Billie Holliday, Judy Garland, Ray Charles, Bessie Smith, and others.
Conceived by Jersey City resident Liz Morrill, North River Sing will be directed by Meg Zervoulis, currently resident music director and arranger at Paper Mill Playhouse.

“I adore Broadway show tunes and hope to find dozens of neighbors throughout North Jersey who feel similarly,” said Morrill. “I was inspired to create the chorus, having sung in a similar group founded by Robbie Capp at the 92nd Street Y (in New York City). But knowing the art scene in and around Jersey City, having found such a capable musician as Meg Zervoulis, and knowing the abundant talent in and around Hudson County, I believed North Jersey not only ripe for such a chorus but capable of producing a vibrant and outstanding one.”
North River Sing will feature songs from American musical theater from the early twentieth century until the present.
Rehearsals will take place at Victory Hall, located at 186 Grand St., on Sunday nights from 5 to 7 p.m. The fall semester will run from Sept. 21 to Jan 18.
Rehearsals will culminate in semi-annual concerts open to the public and free of charge. Chorus membership will be open to any adult who can hold a tune, and auditions (slated for early September) as well as subsequent weekly rehearsals will take place in downtown Jersey City. Members will be required to pay a semi-annual membership fee solely to cover the organization’s operating expenses.
To audition, a person needs to bring sixteen measures of sheet music of any song you like to the audition. Music for thousands of songs can be found online for free. An accompanist will be provided. Aspirants will also be asked to do some pitch-matching exercises.
For further information, please contact northriversing@gmail.com.