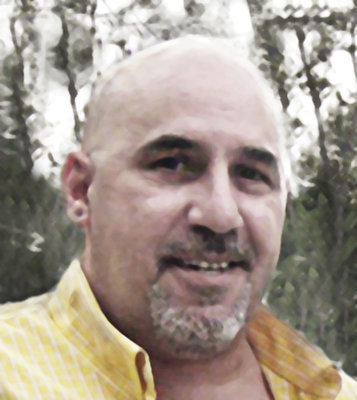 “Michael was a nice guy who would give you the shirt off his back if you needed help. Like all of us, he had his demons, but he worked hard and overcame them,” said former Assemblyman Louis Manzo last week, recalling Michael Galdieri, a state senator’s son whose mysterious May 22 death is being investigated by the Hudson County Prosecutor’s Office.
Michael, the son of former state Sen. James Galdieri, was stabbed to death in his second floor apartment at 158 Mallory St. on May 22. Then, the building was set on fire.
Hudson County Acting Prosecutor Gaetano T. Gregory announced a short time after the fire was put out that Galdieri, 52, has been stabbed to death before the blaze occurred.
The fire was reported at about 9:30 p.m. at 158 Mallory St. The second story of the building was engulfed in flames when the Jersey City Fire Department arrived. Galdieri was found on the second floor and pronounced dead at approximately 10:35 p.m. No one else was injured by the fire and Galdieri was the only one in the building when the firefighters arrived.
His father was the late former State Sen. James A. Galdieri. The elder Galdieri had represented Jersey City in the state Senate, replacing State Sen. David Friedland in 1980 after Friedland was convicted of racketeering. Galdieri also was part of a law firm that represented the Jersey City Housing Authority and Hoboken Housing Authority at times. He died in 2009. James Galdieri’s own father, James J. Galdieri, had served a year in the New Jersey Assembly in the 1930s.
Following in the footsteps of his father, Michael apparently had political aspirations, and was a candidate for Jersey City Council in Ward B in 2005. He ran against the political machine dominated by then Mayor Jerramiah Healy.
On the eve of the election, he was arrested and charged with weapons and drug violations. He claimed he was set up, but agreed to a plea deal that reduced his time in jail.
Those who know him said he struggled with drugs, but that the weapons charge was bogus.
“It’s wasn’t his style,” one source said.
He was sentenced to prison in 2007.
“He helped in many campaigns, mine, O’Dea, and others,” Manzo said. “He served briefly as a legislative aide to me. He assisted other officeholders as well. I believe he worked for an energy company, the last I heard.”
O’Dea knew him from high school.
“He went to St Peter’s Prep with me,” O’Dea said. “He was two years behind me. He lived on Kensington Ave growing up. I lived on Fairview Avenue – two blocks away. He worked on my 1989 council re-election. I actually have a photo in my office that he’s in from that runoff night along with a handful of others. He loved politics; he could analyze it all day. That might go back to his very early roots. His dad was Jimmy Galdieri – a big Tom Gangemi Jr. guy from the 1970s. Mike was generally a low key person, back room strategist type. Schundler might have gotten him job at JCIA for a couple of years.”
O’Dea said Michael Galdieri also worked on one of Mayor Bret Schundler’s campaigns and several campaigns for Manzo.
“More recently he worked with Sean Caddle’s political consulting group,” O’Dea said. “He worked on a couple of elections in Elizabeth – one against Mayor Bollwage and then one for Ray Lesniak the next year.”

Galdieri apparently got into trouble over drugs a number of years ago, sources said.
In his plea deal, Galdieri tried to convince the court unsuccessfully that the drugs he was caught with were for personal use, not for dealing, and also unsuccessfully tried to back out of the plea deal. He spent two years in prison, of a five-year sentence.
“When he came back he moved over to Mallory Avenue and was pretty quiet and kept mostly to himself,” O’Dea said. “He went to Gary’s Sweet Shoppe.”
So why would anyone kill him?
Those who knew him suggest he was having money problems, but were unaware if he was involved with drugs again.
“He owned a valuable painting his dad gave him,” one source said. “It might have been related to that too.”
“Michael was a kind hearted gentleman that would help anyone in need in the community,” according to a release issued by the funeral home. “He was very passionate about politics and was a consultant for many elected officials.”
Other sources said he was very involved with block associations in the city and encouraging strong relationships between them and local police.