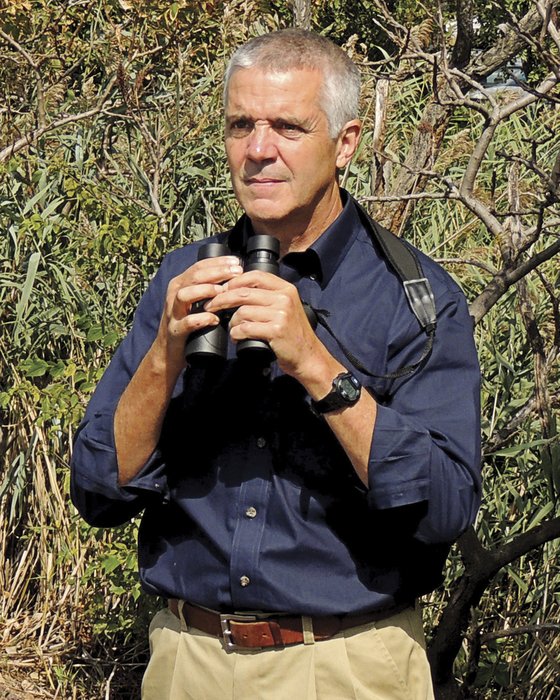 The Meadowlands has often been cast in a negative light haunted by its history of dumping, but the New Jersey Meadowlands Commission hopes to change that perception with the release of its latest coffee table book, “The Nature of the Meadowlands.”
The NJMC on Oct. 15 hosts a special book talk and signing by author Jim Wright of the NJMC and Gov. Thomas H. Kean, who wrote the book’s foreword. The public signing and talk is from 7 to 8 p.m. at the Meadowlands Environment Center in nearby Lyndhurst, N.J.
At the talk and signing, Gov. Kean, who played an instrumental role in the creation of the NJMC, will speak about the environmental recovery chronicled in “The Nature of the Meadowlands” and Wright will give a slide show talk highlighting its striking photography.
“One of the purposes of the book is not just to show people who live in the region how amazing it is but to spread the word outside the area,” said Wright.

The 128-page book depicts the natural beauty found in the area through its gorgeous images of birds, insects, and wildlife, which Wright hopes will help pull people in and pique their interest to learn more and read about the area’s history.
“It is really a lot of fun to read,” said Wright. “You will learn things you never knew existed in the Meadowlands.”

Wright, 62, serves as a communications officer at NJMC, produces their nature blog, and leads nature walks throughout the Meadowlands. He has previously authored three coffee table books that include: “Jungle of the Maya,” “Hawk Mountain,” and “In the Presence of Nature.”
“In the Meadowlands you are in the middle of nowhere [and] in the middle of everywhere,” noted Wright last week. He said that when he thinks about writing coffee table books, he considers places that are amazing for one reason or another. He noted that the transformation of the Meadowlands from dumping ground to a thriving environment has been rather astonishing.
The Meadowlands District spans 30.4 square-miles spread out through 14 towns in Bergen and Hudson Counties. A growing number of naturalists in recent years have been attracted to the beauty of the marshes and wetlands and the scenic landscape juxtaposed against bridges, highways, and the New York Skyline in the distance.
The area is often referred to as a hidden jewel since many people just drive-by and often hold onto the misperception that the area is an industrial wasteland.
“[People] just have to show this book and defy all the stereotypes,” said Wright.
In the book Wright describes a thriving environment that is home to more than 25 species of mammals, more than 50 species of fish, more than 400 plant species, more than two dozen kinds of butterflies, and 78 species of bees. He writes that over 280 species of birds spend time in the Meadowlands.
Wright has cultivated a passion for nature purely through his close connection and observations. He lived near a hawk watch in Warwick, N.Y. and currently resides next to a celery farm in Allendale.
“I was living next to wetlands, next to a marsh [and] I noticed how amazing marshes are and how they are so wonderful for wildlife.”
When he first set foot in the Meadowlands he said, “I feel like I am in the Everglades.”
Wright and his wife began exploring the area about eight years ago when they would take kayaks out on the Hackensack River and paddle over to Berry’s Creek.
“Birds that were given up for lost are here and thriving again,” said Wright. “We have gone from one nesting pair of osprey to six.” He said that he didn’t realize how bad the pollution was in the area until he began looking into it further.
The book traces the history of the Meadowlands from its early stages of volcanic and glacial activity to the white cedar forests that once dominated the landscape to the arrival of railroads, industry, and trade.
In a chapter titled “The Dark Ages,” Wright describes the days of dumping, landfills, stench and sewage that made the area into an industrial pit.
“They were environmental nightmares that were created back in time when people didn’t realize the consequences,” said Wright about the landfills. “The river was essentially dead.”
He referenced retired NJMC naturalist Don Smith who said the river “was so polluted that barnacles couldn’t live in it,” and barnacles can pretty much live anywhere.

“Now we have super barnacles,” he added. “One of the great things about nature is if you give it a chance to recover it does do well.”
The book chronicles how the Meadowlands transformed from stinky to serene with new public perspectives about marshes and wetlands that helped usher in the Clean Water Act and the formation of the NJMC, which began to enforce the federal mandate and sought to put an end to dumping as well as preserve the wetlands. In the book he documents how the NJMC generates electricity from the landfills and that a number are slated to become solar farms, parks, and habitats for migratory birds.
“It has made an incredible rebound,” said Wright.
Of the many signs of a blossoming natural habitat, he noted that the return of the Great Egret, which left when the fish were depleted, and the return of the osprey – that almost became extinct because of the misuse of DDT – are most indicative of the transformation.
“You never saw osprey 10 years ago,” said Wright. “Now it is common place.”
Since 2008, the number of visitors to DeKorte Park in nearby Lyndhurst has increased by 40 percent and has included birders from all over the Tri-State area. The special annual Butterfly Day event has gone from 75 visitors in its first year to more than 700 this year.
In addition to his work for the NJMC, Wright serves as a birding columnist for The Bergen Record and a nature columnist for The South Bergenite. He also serves as deputy marsh warden of the Celery Farm Natural Area, and blogs about the farm. Wright is on the board of the trustees for the New Jersey chapter of The Nature Conservancy.
The book is available for $34.95 at the NJMC headquarters and online at Amazon and Barnes and Noble. Proceeds go to educational programs at MEC.
For more information, call: (201) 460-4637 or email: info@njmeadowlands.gov.

“Because of its unique location on the Atlantic Flyway and its large expanses of mudflats and marshes, the region attracts an array of waterfowl, wading birds, and upland species. Migrants feed and rest in the spring and fall. Nesting species and winter residents also share the amazing open-air bed and breakfast that is the Meadowlands.”