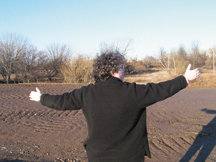 Saying that the Bayonne Local Redevelopment Authority has failed to buy out its interests in a portion of the former Military Ocean Terminal or make it possible to construct other development there, a developer filed suit in Superior Court in early March.
In a lawsuit that has huge implications for the cash-strapped city of Bayonne, Fidelco Bayonne HSN, LLC is seeking to force the city to live up to alleged promises to buy out Fidelco’s interests. They also are seeking damages.

City officials, including Law Director Charles D’Amico, acknowledged the filing of the suit, but directed questions to BLRA Executive Director Chris Patella, who did not return calls for comment by press time.

Fidelco said it was encouraged to sell interests

Since 2005, Fidelco Bayonne has been the designated developer for the 100-acre Harbor Station – one of six development sections of the former Military Ocean Terminal of Bayonne. Harbor Station represents the westernmost parcels on the MOTBY.
Fidelco had been planning to build a new residential community with for sale townhomes and condo flats when the residential real estate market collapsed. They then asked the BLRA to permit them to build rental units, which conflicted with a redevelopment plan and agreements with other developers.
Faced with a deadline for start of construction of October 2010, Fidelco also wanted an extension from the BLRA, and filed suit in 2010 against the BLRA to get it.
Fidelco claims that the BLRA had encouraged relinquishing the development rights to Peninsula Infrastructure Partners, a group interested in shifting away from the existing, housing intensive redevelopment plan and toward a more retail oriented one with premium outlet shops, restaurants, and hotels.
In the agreement worked out on Jan. 29, 2010, Fidelco agreed to assign its right as a redeveloper to Robert Mazzuoccola as part of a deal to sell the property, the lawsuit said.
“Mazzuoccola represented to Fidelco that the BLRA had encouraged it to purchase Fidelco’s interest in the property and take over redevelopment of Harbor Station … and that it would also be taking over development of other portions of the Peninsula,” the suit claimed.
Because the new plan differed from the residential plan Fidelco had agreed to construct on the site, the settlement also required the BLRA to seek approval from the city’s Planning Board for a zoning overlay that would allow the new proposed commercial use.
“Fidelco entered into the purchase agreement with Mazzuoccola to accommodate the BLRA and with the expectation that Mazzuoccola would be approved and would complete the purchase agreement,” the lawsuit said. “After entering into the purchase agreement, Fidelco learned from Mazzuocola that he was looking to develop maritime uses on the Peninsula that were not allowed by the redevelopment plan.”

City scrambled when deal fell through

Since 2005, the city has used the sale of land at the MOTBY to help fill its municipal budget shortfalls, often as much as $30 million each year. Facing another budget shortfall in 2010, the city was banking on the deal with Mazzuoccola to help balance the municipal budget.
Former Councilman Gary La Pelusa said the City Council was not apprised of the day-to-day negotiations.
“I was kept in the dark and I was told we’re not allowed to talk about it,” he said during an interview this week. “We knew there was a deal pending with Mazzuoccola, but we weren’t told what it was. We just knew he was meeting with the BLRA regularly.”
La Pelusa, who was also then a member of the Bayonne Planning Board, helped review the project Mazzuoccola proposed.
“We spent more than an hour listening to what they proposed,” he said. “But nothing happened with it later.”
That’s the point when the roof caved it.
On March 30, 2010, Mazzuoccola terminated the sale, and a day later, Fidelco met with the BLRA to discover that the talks were underway with the Port Authority to sell three of the other six districts for industrial use.
“It was clear to Fidelco that these discussions had begun prior to the termination of the purchase agreement with Mazzuoccola,” the lawsuit claims.
Fidelco then notified the BLRA that it could not develop high-end residential property on Harbor Station due to the truck traffic expected from the container port operations.

“The BLRA acknowledged that the mixed use development on the property as contemplated in the redevelopment plan was no longer feasible, and discussed port industrial and warehouse uses with Fidelco as the developer or with the BLRA providing for a buyout of Fidelco’s interest.”
According to the suit, the BLRA agreed to buy out Fidelco’s interest or change the zoning to allow Fidelco to construct warehouses a few days later if the bank that held the loans on the property agreed to extend the due date.
La Pelusa said the City Council was not in the loop when it came to these deals.
“When I asked questions, people told me not to talk about it,” he said. “But I kept asking how can we pass a budget if we don’t know where the money is coming from? That’s why I voted against the budget. I didn’t see any money.”
In June, a week after the City Council passed its budget, the BLRA announced its deal with the Port Authority to sell three districts to the PA for use as a container port.
“Although Fidelco could have taken action to block the sale to the Port Authority because the Port Authority’s proposed use was not authorized by the adopted redevelopment plan, Fidelco did not do so in reliance upon assurance from the BLRA that once the sale was consummated, Fidelco’s interest in the property would be purchased or that [zoning] would be amended to allow for port industrial and warehouse development,” according to documents filed with the court.
Fidelco’s suit claims that the BLRA then began discussions with another developer, Bayonne Bay Development, for possible residential development on the Harbor Station.
“On Dec. 2, 2010, at a meeting with Mayor Mark Smith and the city’s corporation counsel, Fidelco advised them that the city and the BLRA were in breach of its obligations and that Fidelco was seeing a purchase of its interest in the property,” the suit contends.
The suit claims that by encouraging Fidelco to sell to Mazzuoccola, the city delayed possible development on the site; that the BLRA has not negotiated in good faith; that the sale of other districts to the Port Authority has had an adverse affect on Fidelco’s expected return on the property; and that the BLRA violated its previous development agreement with Fidelco by negotiating for the development of Harbor Station.
Al Sullivan may be reached at asullivan@hudsonreporter.com.