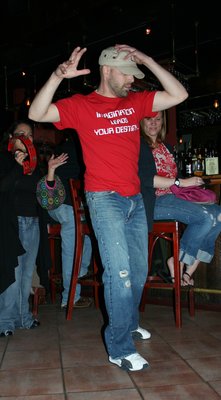 NORTH BERGEN – A North Bergen man who was arrested over the weekend for terrorism charges had his first appearance in court on Monday.
Mohamed Mahmood Alessa, 20, of North Bergen and Carlos Eduardo Almonte, 24, of Elmwood Park, N.J. were arrested and charged with conspiring to kill, maim, and kidnap persons outside of the United States, according to the United States Attorney’s Office.
Federal agents arrested the two men this past Saturday at JFK Airport, where according to the court complaint, they were planning on boarding separate flights to Egypt, where they would continue their journey to Somalia. Allegedly, they hoped to join the known terrorist organization Al Shabaab.
They had their first visit in court Monday at 11 a.m. before United States Magistrate Judge Madeline Cox Arleo, who, according to published reports, warned the men that they could face life in prison with penalties of $250,000.
Two lawyers were appointed for the men, who are scheduled to represent them at a bail hearing this Thursday and at a preliminary hearing on June 21.
The FBI had received a tip about the duo’s activities in October 2006. As the investigation continued, an NYPD Intelligence Division undercover officer recorded numerous meetings in which Alessa and Almonte discussed how they would carry out their alleged jihadist plans, according to the United States Attorney’s Office.

HOBOKEN – On Sunday, July 4, the Hudson County waterfront becomes a prime location for viewing the Macy’s 4 of July Fireworks Celebration on the Hudson River.
Hoboken City Hall said that they expect thousands of friends, family and neighbors from surrounding communities to visit the city to celebrate and view the fireworks. They are also pushing for visitors to keep the night “orderly and safe.”
The city issued a press release Monday afternoon stating: “All available police officers, firefighters, the Office of Emergency Management, and other municipal officials will be enforcing all codes and regulations regarding public behavior with a zero tolerance level. This includes an absolute restriction on parties or gatherings on rooftops for viewing of the fireworks celebration unless said property has been properly zoned and approved for rooftop access. Gathering on fire escapes is strictly prohibited. The use of balconies, porches, or any other structures for viewing will be strictly enforced within the confines of the codes for such structures. No alcohol will be permitted on any walkways or parks along the waterfront. Visitors will need to pass through checkpoints to access the waterfront. Coolers with non-alcoholic refreshments will be permitted access.”

JERSEY CITY – Hudson County Prosecutor Edward DeFazio said on Monday that a Jersey City teenager died on Saturday morning after he was shot in a “possible” gang-related incident on the downtown Jersey City waterfront.
Jermaine Williams, 17, of Jersey City, was found dead after he was taken out of the Hudson River by police scuba divers around 2 a.m. Williams was found shot at least once in the abdomen.
Williams had ended up in the river after a confrontation among several individuals on the walkway near Hudson Street after midnight. A suspect in Williams’ shooting, Joshua Robinson, was captured at the scene by an off-duty police officer who was in the area. Another suspect ran off and police are currently searching for him, DeFazio said.
DeFazio said a bullet was found in Williams’ abdomen during an autopsy. DeFazio said it was traced to the semi-automatic gun Robinson was allegedly found carrying at this arrest.
DeFazio said the investigation continues into the shooting, which is the 10th homicide in Jersey City so far this year. DeFazio said investigators are looking into the circumstances as to how Williams ended up in the river. The investigators believe the shooting may have stemmed from a previous dispute, DeFazio said.
Anyone with information about the shooting can call the Hudson County Prosecutor’s Homicide Squad at (201) 915-1345.

WEST NEW YORK — The death of an unidentified man found unconscious in front of 424 61st St. in West New York on Sunday morning was ruled a homicide on Monday.
“It appears to be a homicide,” said Hudson County Prosecutor Edward DeFazio on Monday afternoon. “He sustained blunt force trauma to the head, neck, and face.”
DeFazio said investigators believe the victim was struck numerous times by a blunt object.
The victim was found with his pockets turned inside outside and investigators believe the incident could have been a robbery.
DeFazio said the man is white, of Hispanic origin, with an olive complexion and black hair. Though he appears to be in his 30’s, investigators have said he could be anywhere from 25 to 45 years old. He is approximately 5’5 and 200 pounds.
Investigators said the man was wearing black dress pants, a white t-shirt, a brown belt, and black shoes (not sneakers) when he was found.
They believe he may have worked as a waiter or bus boy.
Anyone with information should call Hudson County Prosecutor’s Office Homicide Squad at (201) 915-1345.

HOBOKEN – The Hudson County Jaycees and the Hoboken Housing Authority are sponsoring a series of job workshops this summer. All session are on Tuesdays from 10:30 a.m. to noon at the HOPES Computer Lab on the second floor of the Rue Building, 301 Garden St.
Interview skills and dressing to impress will be covered on June 15.
For more information, please call (201) 876-2935 or (201) 795-1576 ext.15, or email: kgalindo@hopes.org.

HUDSON COUNTY – The Public Voice Salon is a new, innovative citizen dialogue that mixes talk of culture, politics and the important issues of the day. Personal stories are also welcome. In an age dominated by “talking heads” corporate media, they seek to open a humane, democratic, intellectual, and hopeful space we’re the silenced public can once again find its voice. This is also a quest for community building, an effort to repair the civic alienation Robert Putnam identified in his 2000 book “Bowling Alone: The Collapse and Revival of American Community.” The intention is for this to be a fun project too, a place to share a few laughs, and perhaps make a new friend.
John Bredin, the show’s founder, says: “We might even, if we’re lucky, awaken (and transform) the channel changers — and ourselves.”
The show will be broadcast on Public Access Cable’s channel 19 on Thursday evenings from 8 to 9 p.m. The next taping takes place on Thursday, June 10, at Hoboken’s Symposia Community Bookstore (510 Washington St.) at 7 p.m. If you’d like to be a guest, please send an e-mail telling a little about yourself (and your project if you have one) to John at jfbredin@hotmail.com. Forward-thinking artists, writers, activists, politicos, educators, scientists, business people and everyday folks are all welcome.
Hoboken resident John Bredin, the creator and host of the Public Voice Salon, is a writer, activist, realtor, and professor of English at the Borough of Manhattan Community College.

HOBOKEN – The Hoboken Relay for Life charity fundraising group is hosting a “Fight Back Night and Silent Auction” on Wednesday, June 23 at 7 p.m. at the Chandelier Room at The W Hotel, 225 River St.
Tickets are $30 before June 7, and $40 after and at the door. Cash, checks, and credit cards accepted.
To purchase advance tickets, contact the American Cancer Society at (908) 354-7373, option 3, extension 200.
Relay will be providing complimentary appetizers, drink specials, giveaways, and amazing silent auction items available for bidding.
For more information, or if your business is interested in donating a silent auction item or gift card, e-mail rflhoboken@gmail.com.
Net proceeds benefit the American Cancer Society.

HOBOKEN – The Hoboken School District is partnering with the Jubilee Center this summer for “Reading First,” an early reading program, from June 23 through July 29.
Children from kindergarten to third grade will be offered three-hour reading sessions with certified teachers.
For more information contact the Jubilee Center, Sixth and Jackson streets, at (201) 792-0340.