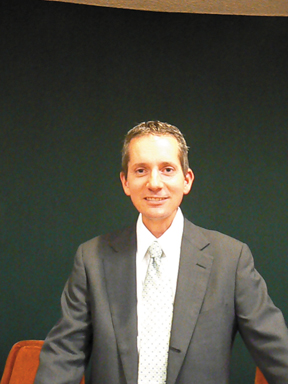 It has been more than 70 years since a major hurricane hit the New York City area, and meteorologists claim the entire region, including Secaucus, is overdue for another major hurricane that could be a Category 3 storm.
In addition, the possibility of another terrorist attack like the one in Manhattan on Sept. 11, 2001 always looms large.
Because important data can be lost during a disaster – not just property – local towns and counties are creating reciprocal agreements with other areas to back up their data.
The office of New Jersey Gov. Jon Corzine recommends that data should be backed up in two locations, one within five miles of the government, and another location that is at least 90 miles away.
In the case of Secaucus, some of its paperwork will be backed up in Cumberland County, and Cumberland will back up some of its data in Secaucus.
Many areas were reluctant to back up data in Hudson County because it is so close to New York City, an official said.

Both Hurricane Katrina in 2005 and the 2001 terrorist attacks showed just how disruptive natural disasters could be to data. Government agencies may themselves be hit so hard they’re unable to function smoothly.
“Continuity of government operations came to the forefront of everybody’s consciousness after the terrible flooding in New Orleans during Hurricane Katrina,” noted Town Administrator David Drumeler last week. “There were areas where every government document – birth certificates, tax records, other financial data – was completely wiped out.”
Often, those lost documents were needed to expedite insurance payments, federal grants, and other aid that people needed to rebuild their lives.

An exchange with Hudson County, and with Cumberland

“[As] an example of how this works, I’m currently working with Hudson County to host my e-mail server,” Drumeler said. “Communications is the number one thing we do in government. So, in the event of a disaster, you need your communication systems to work and be reliable.”
“Hudson County has excess capacity on their server that we want to use to improve our communications here in Secaucus,” he said. “The goal is to be able to effectively run your government from another location if you had to because of a disaster.”
Having the county host Secaucus’ e-mail server will save taxpayers here $5,500 to $6,000 annually and will help protect communication operations among elected officials in the event of an emergency, Drumeler said. He will meet with Hudson officials this week to finalize logistics and the new server should be in place this spring.
Secaucus’ data will also be backed up outside of Hudson County, since county governments similarly share and move their data around to protect it from a disaster, although for Hudson, finding a data-sharing partner has proved to be a bit of a challenge.
“Nobody wanted to share with us, or anybody else in Hudson County, because we’re so close to Manhattan, which is a high profile target,” Drumeler said. “We found ourselves in the challenging position of not having anyone else to partner with.”
Then came Cumberland County, located about 21 miles from the Hope Creek nuclear power plant in Hancock’s Bridge, whose situation is similar to Hudson County. Other counties didn’t want to share with Cumberland itself because the nuclear plant is considered to be a high profile target for a terror attack.
“Because of the nuclear power plant, they didn’t have a dance partner, either,” Drumeler stated. “So, it kind of worked out that Hudson and Cumberland would work out an arrangement to share data with each other.”
The agreement between Hudson County and Cumberland should be completed soon.

E. Assata Wright can be reached at awright@hudsonreporter.com.