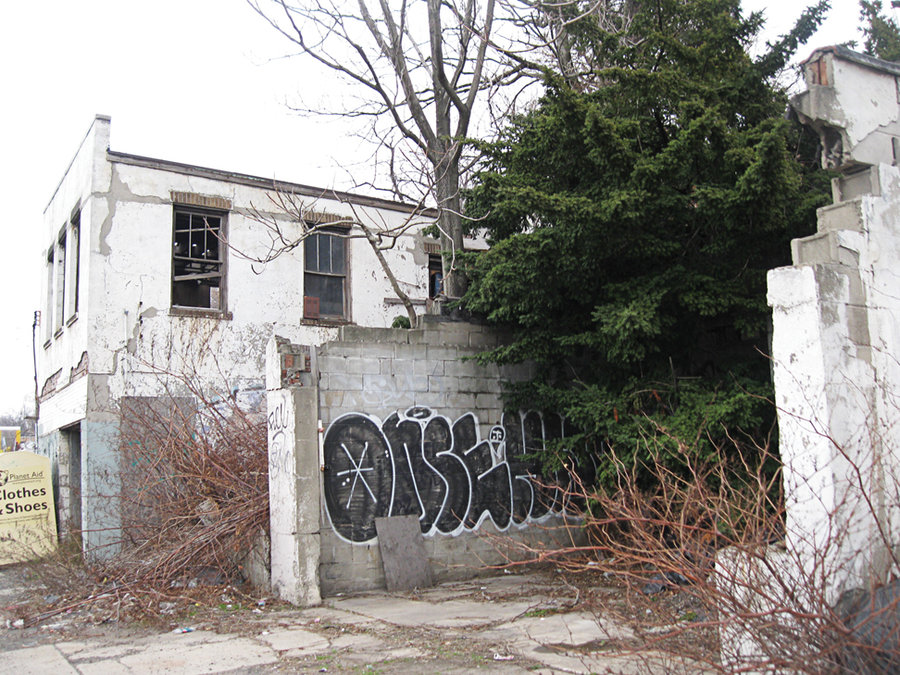 A local stretch of Route 1 & 9, Tonnelle Avenue runs along the foot of the Western Slope in Jersey City, and is among the ugliest highways in the state, a throwback to a time when the road was one of the main north-south routes connecting north Jersey with the Jersey Shore.
Although many of its more polluting industries have vanished, what remains along Tonnelle Avenue is a landscape of used car dealerships, cheap motels, fast food stores, truck yards, and decaying empty structures, with a view of swamps and the Turnpike to the west.
Jersey City and Hudson County have long eyed this stretch of highway for redevelopment.
The late Bill Gaughan, who served as councilman for that part of Jersey City and as chief of staff for the county executive, frequently talked about the potential and the problems associated with redeveloping Tonnelle Avenue from Charlotte’s Circle near Route 139 and the approach to the Holland Tunnel and Secaucus Road.
But he said any plans to redevelop would require significant state and federal funding as well as the use of eminent domain, forcing property owners to give up portions of their property to allow the road to be widened.
Using tools granted under the state’s redevelopment laws, the City Council approved a resolution on Dec. 14 that creates a Tonnelle Avenue Light Industry study project to treat the area as a condemnation redevelopment area.
“This will mean the use of eminent domain,” said David Donnelly, director of the Jersey City Redevelopment Authority.
The properties involved, however, will form a narrow corridor along Tonnelle Avenue, bounded partly by freight rail lines to the west, and will have very limited options for expansion.
Donnelly said a meeting has been held with property owners in the area – some flying in from remote portions of the United States – to inform them of the city’s actions.
“They know this will mean our taking of property,” Donnelly said.
The Jersey City Planning Board approved a preliminary study of the area in December 2015, and this study concluded that the area met the criteria under New Jersey’s Local Redevelopment and Housing Law as an area in need of redevelopment.

The report gave details of numerous properties along Tonnelle Avenue. This included a trucking firm that with partially paved sidewalk, debris and hazardous conditions for pedestrians. The site is surrounded by a rusted fence and razor wire had has fallen off the top, increasing dangers for people walking along the road way. Graffiti is prevalent on the buildings, and pools of water offer a breeding ground for mosquitoes.
Another section is a vacated portion of Bleeker Street that no longer is used by traffic, and has become a storage site for vehicles.
“The western end of the lot has been used for illegal dumping,” the report said. “A mound of tires, wood pallets, plastic, rusted metal and other debris is left unsecured and is clearly and unsafe and unsanitary condition. Condoms also strew the lot, giving the impression of illicit sexual activity.”
Donnelly said various limitations, such as the Conrail train access along the western side of the roadway and other conditions, make it difficult for these properties to redevelop on their own.
“There is a lot of illegal dumping and trash,” he said. “With one property, we’ve not be able to determine an owner. One section is a vacated street.”
The study area contains 29 parcels, some of which have common owners.
Donnelly said for the most part the properties are controlled by seven different owners using five corporate names.
The report said that the study area has attracted significant new investment with new steel buildings under construction on one property. But the remaining lots are either vacant, under used or run down, and generally not maintained by the owners.
The area, however, has potential since it has access to a network of roads such as the Turnpike, Route 3, and lies between the Lincoln and Holland Tunnels.
The current zoning lists it as a highway commercial area, but notes that many of the buildings that contain business are also in poor shape.
Gaughan had envisioned the roadway as a site that could include new strip malls, a better grade of hotels such as those currently found in North Bergen and Secaucus, as well as a mix of residential and retail that might make use of nearby Secaucus Junction rail station in Secaucus.
The council’s designation will allow the city to seek potential developers for the property and will allow the city to offer incentives for new development to take place.
Al Sullivan may be reached at asullivan@hudsonreporter.com.